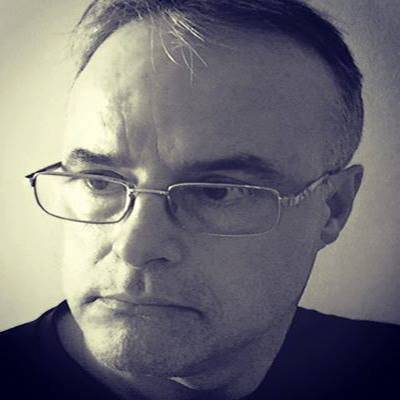 From the album “Time”:

John Whitaker is a musician who artistically goes by 1i2c (one eye to see). He has found a style of music that fits its own niche. With many sub-genres in electronic music it has become quite a variant and often an artist’s music can get lost in what some would consider “similar sounding”.

The artist 1i2c did not however look to make his music distinct or have its own sound, (as Rob Waters of “Loom” has mentioned). Being massively inspired, as many artists in the electronic music fraternity by Tangerine Dream, they’ll no doubt be elements of sound used in 1i2c’s music that will use effects to create and craft imagination within the music. But this blended with the influence of artists such as Depeche Mode, The Prodigy & Royksopp, have brought a darker edge to the music and an introduction of deep bass and drum beats that are sometimes quite heavy and dark. The music is generally rhythmic, with a theme and each album is a concept.

Presently finishing his 9th album, a culmination of ideas that continue from last years “Destiny” album and the Pink Dolphin Record Label “I Only Have Eyes for You”, the new album “It Should Be You” has been the hardest project to date. But he seems to think that the time and passion put into the work has really paid off.

The “Time” & “Space” albums are part of a trilogy and next year’s work will commence on the final album of the trilogy. This album will be titled: “Dimensions” and 1i2c intends to raise the stakes, the commitment to work and create something bigger and better than the previous albums. He has no intentions of stopping until he runs out of ideas. Work has started on something for Christmas later this year too!

All links to 1i2c’s media

1i2c in the media