Ableton Live 9 shifts the focus back

It’s been four years since Ableton Live 8 was released. Can you believe it? Empires rise and fall in less time than that. Despite this apparent stagnation, though, Ableton has continued to expand, and Live is now more popular than ever, with the issues around Live 8’s early days mostly forgiven or forgotten. Te long-awaited DAW update shifts the focus back to what Live is best at.

You might think that after such a long break, Ableton Live 9 would be packed with new stuff; marketing-driven features designed more to look good in promos than to enhance your creativity. But that isn’t the case. The ‘what’s new in Live 9?’ list is relatively short and, put cynically, doesn’t really look like 4 years’ worth, but Ableton has its own agenda and timetable – and bling doesn’t feature.

Despite that, open Ableton Live 9 and changes are immediately apparent. The control bar’s changed, something’s happened to the Back To Arrangement button, and the Browser, well, there’s a new two-column setup where that was. We opened a pre-existing Live 8 set – without any nasty surprises – and began exploring (we used Mac OS X Mountain Lion while testing, by the way. 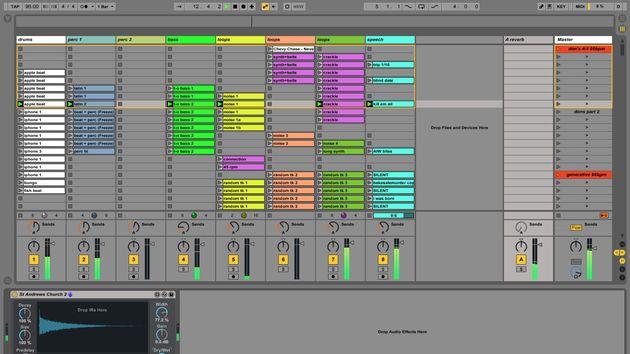 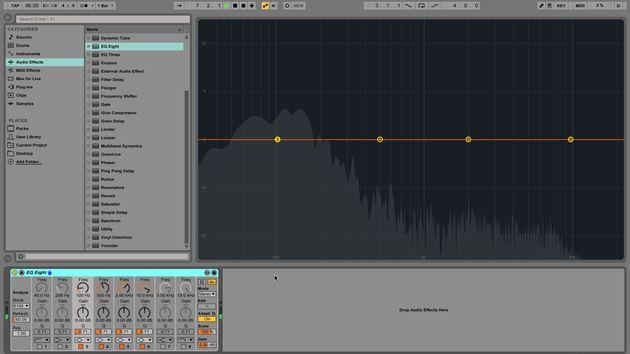 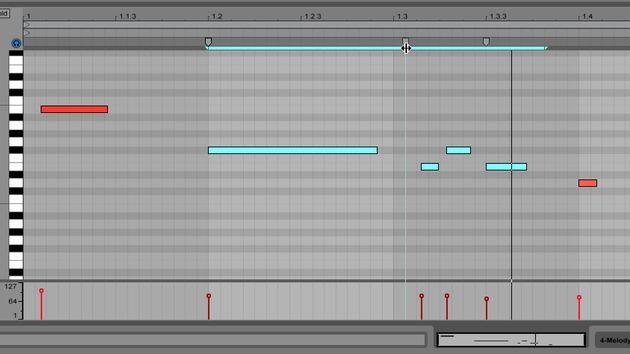 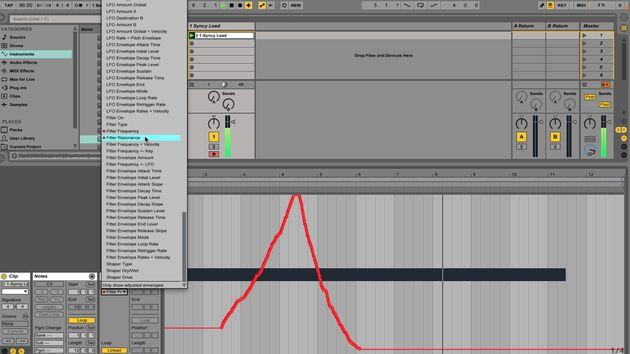 Live’s Browser has been radically overhauled, with the two-column design mentioned earlier. A Sounds list categorises by instrument type – eg, piano – instead of device, so you can browse for a certain instrument without wondering which device creates it. Factory instrument presets now have short preview clips which you can hear before loading them.

Even if the Browser is closed, cmd-f opens it and goes straight to the Search tab, and as you type a search term, the results list updates dynamically. This is fast; you can start typing, and a device will be loaded within a couple of clicks. The Bookmarks bar has gone; instead we now drag folders from our desktop to appear in the list. Overall, this Browser feels much more evolved than the old model.

Ableton Live 9 and Ableton Live 9 Suite now include Glue, described as an ’80s-style console bus compressor. Glue sounds good, adding a little bit of punch and warmth to individual tracks or the entire mix. It’s simple to use and fills a gap in Live’s range of plug-ins – one which many users have previously filled using third-party compressors. There’s also a handy dry/wet control to simplify parallel processing setups.

Elsewhere, Gate and EQ Eight have been updated to show the audio waveform within each device to help visualise what’s going on. Live’s ‘other’ Compressor, meanwhile, has also had an overhaul.

Ableton Live 9 is a quality update, consolidating on what’s gone before and adding some well chosen new features.

At the risk of compromising Live’s ease of use, more flexibility has been added to recording features; this could also be a result of changes necessary to accommodate the Push controller. The Session View Control Bar features a redesigned MIDI overdub button, an Automation Recording button, an Automation Re-enable button, a Session Record button and a Create New Scene for Recording button. And yes, that means Session automation recording within Live’s Session View clips – a much-requested feature!

This new array of controls is confusing initially, but after a few sessions it becomes second nature. They’re all MIDI assignable, so you can always set up your favourite controller to simplify their use. The New button is interesting; it stops clips in armed tracks and moves to the next location where empty clips are available to be recorded into. A new Scene will be created if necessary.

The Back To Arrangement button now resides at the bottom of the Master track when in Session View. It lights orange when you launch Session View clips and break your timeline arrangement, just like it always did. It also appears in the Arrangement View, near the top of the screen, but it appears when it’s needed. At the same time, there will appear individual buttons to reset specific tracks back to the Arrangement.

Converting audio to MIDI is totally fun and completely inspiring. Right-click on an audio clip and choose to convert as Harmony, Melody, or Drums and Live takes its best shot at creating MIDI clips based on these parts, complete with default instrument presets. You can get lost forever, feeding all kinds of samples into this: field recordings, song sketches, vocals, ambient noise – it’s all good. This is the standout new creative feature in Live 9.

MIDI editing has been expanded. Selected notes, or entire clips, can be reversed, inverted (so the low notes become high, and vice versa,) have their speeds halved/doubled and be transposed via a clever transpose box where you can shift notes by typing values or clicking and dragging up or down.

A Legato switch stretches notes as necessary so their ends meet up with the start of the following ones. Select a range of notes and MIDI stretch markers appear above them, bringing MIDI note stretching, which feels surreally like Live’s audio warping!

A single click in an automation envelope now adds or removes breakpoints, and hitting B is now all it takes to enter Draw mode. Move the mouse near an envelope while holding down option and you can pull it into a curve, which is way cool.

Max For Live, previously a separate purchase, is now included in the Ableton Live 9 Suite. Integration with Live is streamlined, it loads more discreetly and the Library includes 24 new M4L devices such as the Convolution Reverb, a selection of Synth Drum instruments and an LFO device. Hopefully this will encourage more Live users to explore the massive potential that lurks within.

Any software that’s been so long between releases will struggle to meet expectations, but Ableton Live 9 is a quality update, consolidating on what’s gone before and adding some well-chosen new features.

The MIDI editing refinements are a big hit and the audio to MIDI conversion is brilliant – there will be entire tracks made from this. The new Browser is fast and smooth and the search function is great.

Any negatives? Some users may have liked to see more movie-oriented features and the Arrangement View mixer still sucks. Apart from that, not really. Only time will tell if this release is free of the bugs that plagued Live 8, but so far, the omens are good.

Ableton Live 9 feels a little overshadowed, because much of the music tech world’s attention is on Push. Did Ableton Live 9 development suffer from the attention paid to Push? Who knows. Come to think of it, who cares? Taken as it is, Ableton Live 9 works brilliantly. It feels like a refocus on what Live is best at – creativity, and enjoyment of music. Ten years in, Live still tears the roof off.

This article has been taken from: Musicradar.com, March 05, 2013