Andrulian was featured in episode #62, broadcast on 11 November 2016 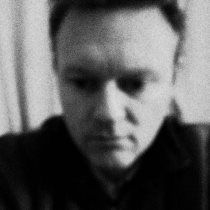 From the album “Sunday Constitutional”:

Andrulian is an artist who explores the realms of electronic music. He started out using Caustic, the Android music creation tool and he still uses it occasionally from time to time. He moved onto Ableton Live Lite 8, the ‘I, Improvised 3’ project inspired an album created with one take recording which can be found on his Bandcamp page. It has limitations, Andrulian thought he was too crippling to create full songs but one just needed to be a bit creative. True it’s a compromise but it goes to show one can still make music even with these software limitations.

Andrulian has since moved onto using Mulab 6 and more recently Usine Hollyhock II which isn’t like a traditional DAW, it’s more aimed at live performance. It is incredibly powerful with a wealth of samplers, granulators, glitch tools, groove machines and physics engines. It’s also a totally modular environment.

As well as synthesizing sounds, field recordings or found sounds hold a particular fascination, in the way they can capture a unique moment, resulting in sounds that cannot be synthesized. The tools in Hollyhock allows Andrulian to dissect these sounds, making them non-linear which kind of takes them outside of time to give a different perspective.

All links to Andrulian’s media