The story of Andy Pickford

Although Andy Pickford has remained active since then but his music has never been able to achieve mainstream reach. He has released numerous albums, performed numerous concerts and became an internationally acclaimed name in the field. However, it remains a very small scene, meaning Andy’s income too has been a very rare thing. And to this day, Andy Pickford does not make a profit from his work. He only makes enough money to maintain his equipment and pay some way towards electricity costs. Regrettably, many people, having heard the quality of Andy’s work, find it hard to accept this is the truth. Nevertheless, Andy remains undeterred. He believes his music is the one skill in life which brings any kind of reward at all, albeit not in a way which lifts him out of poverty.

…all of Andy’s music, is made on a budget of 0.00! Considering this is the case, the quality of composition and production is extremely high. It is easily able to stand its ground when set against the music of the wealthy elites such as Jean-Michel Jarre’s, Vangelis and suchlike. The downside is that while the elites are able to finance CD pressings, DVD/Blu-Ray, tours and other merchandise, Andy cannot afford these things, in spite of pressure from fans to be like the elites. Therefore, he must very often make do with straight-to-download album releases.

Over the years Andy Pickford has had good relations with a number of independent labels. They have released some of his music. Whereas this has certainly helped in terms of wider distribution, it has ensured that little or no payment of any kind gets to reach Andy. So, he has always ended up struggling to finance new equipment. Much of the gear Andy uses now, has been donated by kind fans and friends, most notably Wayne Hadley.

How it all started and where it went

As a young child at the end of the 1960’s, Andy Pickford would turn on his bedside radio each morning at 5AM to the opening sounds of BBC Radio 1. “Theme One”, by George Martin, was a huge inspiration to Andy. He would then try to imitate this and other music on his grandmother’s harmonium. Things got more exciting on hearing the early 70’s wave of synth pop like Hot Butter’s Popcorn. Also, the increasing use of synthesisers in mainstream music drew his attention.

By the mid-70’s Andy Pickford was becoming aware of bands like Kraftwerk. With the advent of artists like Jean Michel Jarre, Isao Tomita, Vangelis, Klaus Schulze and Tangerine Dream, Andy would save all his pocket money. Then he emptied the record shops of Derby and Nottingham of their electronic music albums! 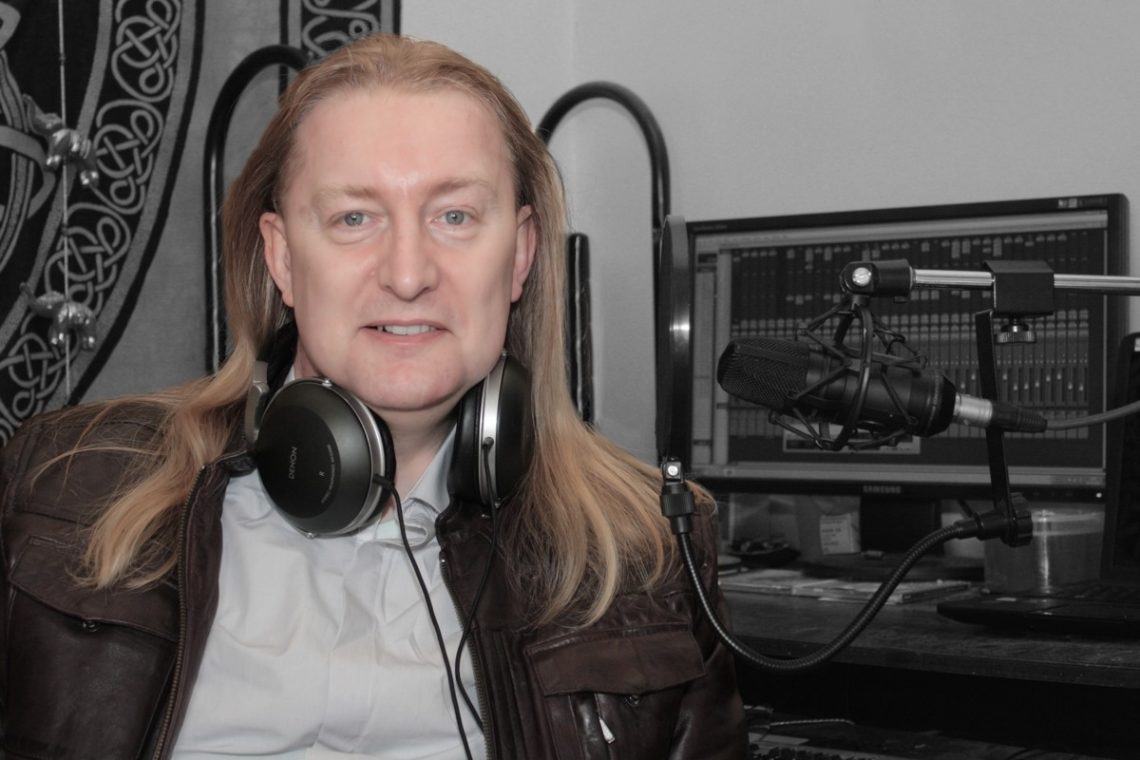 For his 14th birthday…

…Andy’s father bought him one of the new Korg MS20 monosynths. Using this, a Yamaha organ, an Akai GX4000D R2R, a few cassette decks and just about any old gear he could get his hands on, Andy discovered his ultimate passion for composing electronica. His very first album length session was called “Second Approach” (79-80), which was only ever distributed around a few school friends.

Technique and equipment had improved a little by 1982. At that time recordings began for what would be Andy Pickford’s first cassette-based and limited stock album, Linear Functions.

Numerous recordings were to follow, all of which still reside on very dusty old R2R tape spools. But none ever saw the light of day until 1993. Andy Pickford begun to work with one of the new midi workstations (Korg T3), bought for him as a birthday present by his girlfriend of the time. He recorded what would then become Replicant. Ashley Franklin of BBC Radio Derby acquired an early copy and loved it so much that he contacted David Shoesmith of Centaur Records.

Centaur released Replicant on CD and provided actual shop distribution for the first time. The album was relatively successful. Although Andy would see very few returns from it there was enough at least to finance a bit more equipment. So, by Terraformer, the 2nd CD release on Centaur, Andy was using a whole Portastudio, some Boss effects pedals and even a Roland Juno 106 (loaned). The 3rd Centaur CD Maelstrom, was the most successful and utilised an Akai S1000 sampler which was previously owned by Mark Shreeve.

Also around this time…

…came a pair of 12” vinyl EPs released by the GPR label in London. GPR promised Andy greater success but presented his music in the form of barely recognisable remixes, by one of their preferred artists who they wanted to promote instead. These EPs did sell a fair quantity and both John Peel and Annie Nightingale were known to have aired this music on their late-night BBC Radio 1 shows. But of course, the label paid Andy nothing and so he agreed to no further releases with them.

1996 saw a raft of releases, with Ian Boddy’s SER label at the time. Xenomorph and Symbiont (with Ian) were again successful in their field and Ian actually paid Andy Pickford some money for them too. Unfortunately, this could only pay off debts.

In 1999 Andy Pickford moved on from SER and released Nemesis. But then he had to pay the label concerned to withdraw the album. Andy discovered that the label intended to exploit Andy’s name in order to promote its own preferred artists instead. Andy then went into semi-retirement. He became very disillusioned with the selfishness and greed in the music scene.

…of his spiritual side, Andy went on the produce the album Lughnasad in 2002. Lughnasad was released on CD by his original label Centaur since he couldn’t afford to release the album at all. Andy Pickford received precisely nothing for the album.

Along came Andy’s buddy Paul Nagle and they started together what was to become Binar. As it was and remains now, Binar exists as a vehicle to combine Paul’s quirky unique sound, with Andy’s own brand of ordered structure and melody. The results meet nicely in the middle and over the years, Binar has become its own definitive sound. Thanks to Paul Nagle, Andy studied and finally mastered the subtle art of improvisation. So whereas Binar’s early work would often include rehearsals to give Andy a rough idea of what was to come on stage, these are no longer required. Binar improvises everything 100%.

…Andy Pickford began archiving a lot of new material. This was the advent of reliable DAWs and virtual synths you could acquire “off the back of a virtual lorry”. So, Andy set sail with his pirate ship and produced a vast number of new tracks. In 2014 talks began with David Wright at AD Music. It was easy to guarantee David at least 3 new albums of really high caliber music. These are AD’s Vanguard I, II and III. III has, at the time of writing, yet to be released. Vanguard I and II appear to have been quite successful according to AD. Andy has earned very nearly 80gbp from the project so far.

5 EPs also created from the 2009-2016 material were released on AD. They generously forwarded Andy enough to purchase a legitimate copy of Omnisphere. These are the Adagiometry series. 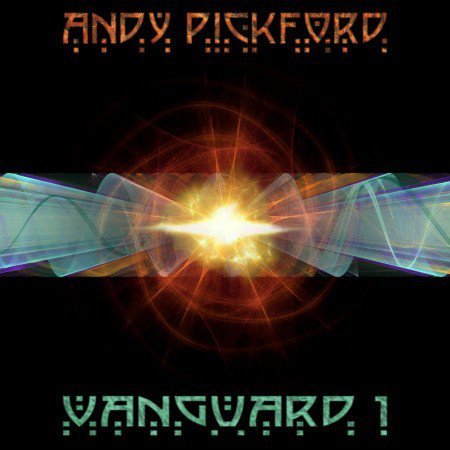 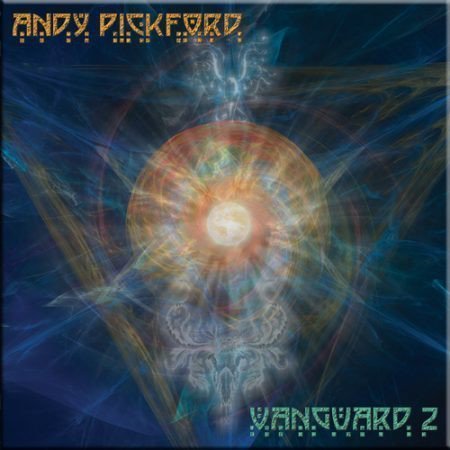 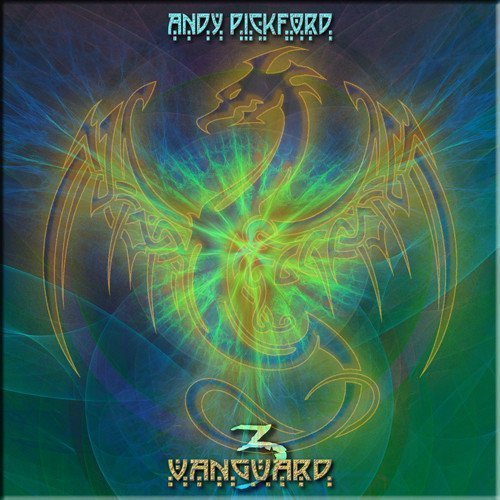 …the myth that Andy Pickford has made lots of money from his work seems to have become widely established among fans and synth music media. It reached the point that a fair percentage who prefer to support upcoming and obscure artists, automatically overlook the music of Andy Pickford. They were believing that Andy does not need their support. As a result, Andy Pickford is possibly the poorest and most under-supported of all the established electronic music pioneers of his generation.

Indeed, were it not for the extreme generosity of just a few fans, friends and family, Andy’s music would cease to be, entirely. Fortunately, Andy still has a lot of determination and plenty of ideas and only wants to make people happy and entertained with his music. He no longer cares that he’s stuck in no-man’s land between having an established name but lumbered with the myth that this name somehow provides income. It provides zero income bar for some payment towards bills and maintenance. The UK minimum wage is approximately double the income from Andy Pickford’s music and Andy is not eligible for any additional benefits to offset any outgoings.

So as for the future…

Well it looks like business as usual. Andy has stated that he will keep on composing. He will do so until he starts decomposing and no longer expects his old age to be spent in anything but poverty. His view is simple: as long as he has his music to escape into, whether anyone cares for it or not, is now just a secondary concern. Music is all that matters.

None. With the exception of what’s already been mentioned, Andy Pickford has never had any sponsorship or representation. No music of him aired on television or film or games, no offers of any kind related to his music or the furtherance thereof. People who entered the scene subsequently and whose styles relate closely to Andy’s have either made many tens of thousands and in at least one case, many hundreds of thousands of pounds. Andy’s music continues to be the subject of widespread theft (by Russians), misconception, misunderstanding and ignorance.

Other artists and musicElectronic Music