The Story of Biosphere

Biosphere is the main recording name of Geir Jenssen (born May 30, 1962), a Norwegian musician who has released a notable catalogue of ambient electronic music. He is well known for his “ambient techno” and “arctic ambient” styles, his use of music loops, and peculiar samples from sci-fi sources. His track “Novelty Waves” was used for the 1995 campaign of Levi’s. His 1997 album Substrata was voted by the users of the Hyperreal website in 2001 as the best all time classic ambient album. 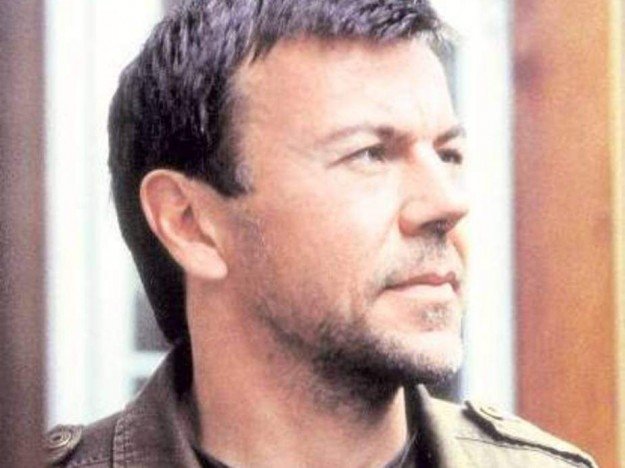 Jenssen was born on May 30, 1962 in Tromsø, a city within the Arctic Circle in the northernmost portion of Norway. He would later become famous for his “arctic sound”.

He was initially inspired by the music of artists such as New Order, Depeche Mode, Wire and Brian Eno, which he described as “like discovering a new universe, a universe which I wanted to be a part of”. In 1983, he bought his first synthesizer and composed his first piece of music, taking influence from his archaeological studies, later stating “Studying the Ice Age and Stone Age has definitely influenced my music.” In 1984 Jenssen issued his first album, Likvider, released on cassette only and credited to E-man.

In 1985, Jenssen was part of the newly created Norwegian moody synth trio Bel Canto with Nils Johansen and singer Anneli Drecker. The band signed to Belgian label Crammed Discs and to Nettwerk in North America, and relocated to Brussels. Jenssen, however, soon returned to Tromsø, collaborating with the other band members by post, and continuing with his solo work. Bel Canto released two albums while Jenssen was a member, White-Out Conditions and Birds of Passage. In 1990, he left the band in order to pursue a different music style altogether, and began using a sampler.

Throughout the late 1980s, Jenssen used the moniker Bleep, under which he produced various 12″ records, now releasing records via the Crammed Discs subsidiary SSR. His early influences were from acid house and New Beat music.

Released in 1990, The North Pole by Submarine was the only album recorded as Bleep. Further singles followed in 1990 and 1991 before Jenssen abandoned the Bleep moniker and took a distinct change in artistic direction. 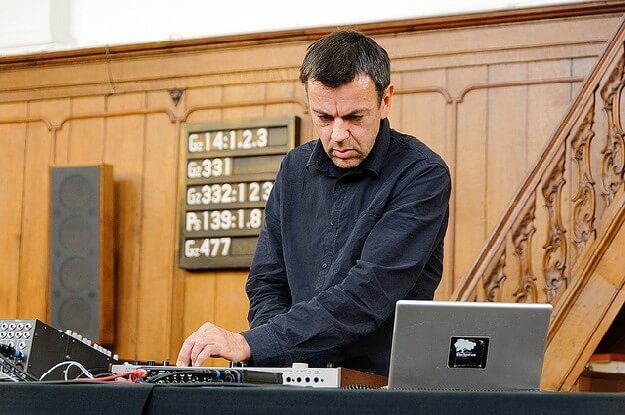 Following the release of The North Pole by Submarine, Jenssen chose a new musical direction and began releasing his music as Biosphere on obscure Norwegian compilation albums, marking a major stylistic change as well as avoiding any association with “bleep house” (as made popular in the early 1990s by the Sheffield UK-based Warp Records).

His first Biosphere releases were the 12-inch single “The Fairy Tale” and the album Microgravity, both of which were rejected by SSR as unmarketable. Microgravity was released in 1991 on the Norwegian label Origo Sound, and saw wider release via the R&S Records subsidiary Apollo in 1992, to much critical acclaim. In 1992, Jenssen contributed “I’ll Strangle You” to Hector Zazou’s Sahara Blue project.

In 1994, the second Biosphere album, Patashnik (allegedly Russian for “traveller” or “goner”, but this word does not seem to actually exist), was released. Through Patashnik, Jenssen continued to explore his ambient-house stylings to an even greater extent. Patashnik contained the first hints of the reduction in beat-driven song structure that would mark later Biosphere releases. Unlike the first album, Patashnik was quickly picked up by a comparatively large international audience, which brought Biosphere greater recognition. Jenssen also recorded as Cosmic Explorer, scoring a hit in Belgium with the EP The Hubble.

In 1995, Levi Strauss & Co. was searching for a new angle to add to their television advertisement campaign (which up to that point had never featured electronic music), and they decided to use the uptempo track “Novelty Waves” from Patashnik. Shortly thereafter, “Novelty Waves” was released as a single (featuring remixes by various other artists), and managed to chart in several countries, reaching #51 in the United Kingdom. Although Jenssen never regretted his approval for use of the track, he also never sought this kind of fame and subsequently turned down various requests by his record company and peers to collaborate with well-known techno and drum ‘n’ bass artists or to create a follow-up album in the same style. During that same year, Biosphere contributed the song “The Seal and the Hydrophone” exclusively to Apollo 2 – The Divine Compilation, released by Apollo Records.

Released in 1997, Substrata is a purely atmospheric ambient Biosphere album, released on Brian Eno’s All Saints Records. Substrata, which marked Jenssen’s embarkation towards an intensely minimal style, is not only often considered to be Jenssen’s best work to date, but is also seen as one of the all time classic ambient albums. Substrata contains notable samples from the American TV show Twin Peaks.

In 2000, Jenssen released Cirque on his new home Touch, an ambient album driven by muffled beats, samples, and minimal atmospherics. Though Cirque briefly revisited territory covered by earlier Biosphere releases, the rhythm section throughout the album remains an element of the background, unlike Jenssen’s first two Biosphere releases, wherein the drums occupied a dominating proportion of the foreground.

In 2002, he released Shenzhou, the fifth full length album under the name Biosphere. This album was a more abstract work, comparable to Aphex Twin’s 1994 album Selected Ambient Works Volume II. The material on the album draws from elongated, pitch-shifted loops taken from Debussy’s La Mer (The Sea), and Jeux.

Released in 2004, Autour de la Lune stands as the most minimal and austere Biosphere album to date. The drones employed on this album are comparable to Coil’s 1998 album Time Machines in their timbre and slow rate of change. The bulk of this work was originally commissioned and broadcast in September 2003 by Radio France Culture for a musical evocation of Jules Verne.

In 2006, Jenssen released Dropsonde, a half beatless, half rhythmic album composed of jazz rhythms evocative of Miles Davis’ 1970s jazz fusion works. A partial vinyl sampler was released a few months earlier in 2005.

In 2009, Biosphere issued Wireless: Live at the Arnolfini, Bristol, his first live album, containing new tracks such as “Pneuma” and “Pneuma II”.

Jenssen has scored a number of films, including Eternal Stars (1993) and Insomnia (1997). He collaborated with German ambient composer Pete Namlook on Fires of Ork, and has also worked with Jah Wobble’s Invaders of the Heart and with Bobby Bird of Higher Intelligence Agency. In 2010, two soundtracks were announced on Biosphere’s website, for German film “Im Schatten” and Norwegian “NOKAS”.

In 27 June 2011, Geir Jenssen released the album N-Plants, inspired by the Japanese post-war economic miracle. The album theme is related to nuclear plants in Japan.

Biosphere regularly performs live during electronic music festivals and in clubs throughout Europe and various other locales around the world. Live performances usually consist of Jenssen performing improvisations or variations on newer tracks on a laptop while video art is projected behind him; for example, full-screen video art was projected in his Picturehouse cinema tour in April 2006. Although these performances are rarely tied specifically to a recent album release, the uptempo material from the Bleep and Microgravity/Patashnik era is occasionally featured in Biosphere performances. 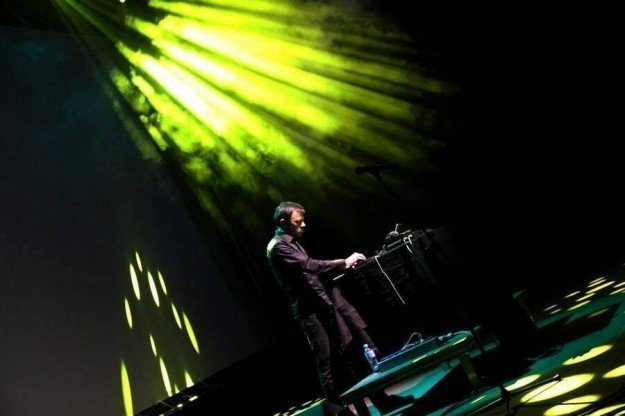 In 2008 Jenssen announced a year-long break from touring due to his reported hatred of “airports, security checks, unhealthy food, air conditioning, hotels, etc.”. However, he resumes concert activity in 2009 and 2011.

Jenssen is also an active climber and mountaineer. This hobby is an inspiration on his work, as well as a source of natural sound samples. His highest feat was in 2001, climbing the Cho Oyu (Himalaya, 8201 meters) without oxygen; in 2006, he thus released Cho Oyu 8201m – Field Recordings from Tibet (as Geir Jenssen).