…my father produces electronic music nowadays. You can discover his music here on this website. In this post about his first encounter with electronic music, I will refer to him using this particular name.

When he was a 14 year old boy in 1976, Brainvoyager read about a strange album in a magazine. He had heard an incredibly strange (well, strange for that time though) piece of music on the radio. It was a genre known by the vast majority of society at that time as pretty ‘alien noise’. I doubt I need to mention it was electronic music in its early ages, at the time not even actually ‘electronic’ though. However, it turned out to be on the album he noticed in the magazine and he was absolutely amazed by it. It hypnotized him and this was the point where he got into the genre that would change his life. That strange piece of music I’m talking about was ‘Oxygène Part 4’ from the album ‘Oxygène’ from Jean Michel Jarre.

Living in a small village…

…near a city, he had to cycle to the city for half an hour before he could reach the nearest music shop. Once he finally got there, he started looking around; searching for the album he had heard and seen. Almost half an hour later, he still hadn’t had any success finding that album ‘Oxygène’. So he went to the shop owner and asked specifically if they had the album he was looking for. It turned out that it wasn’t in their library and that it was unlikely they would ever have it at all.

Incredibly disappointed, he took a last lap around the shelves with records before leaving and then his eyes fell on a very strange, outstanding album art. It was an album released in 1975, which looked so unusual and alien that it captured his glance for a multitude of minutes, until he suddenly felt the urge to actually buy this mysterious looking album. That album was ‘Timewind’ and the musician was Klaus Schulze, a name he had absolutely never heard of before. 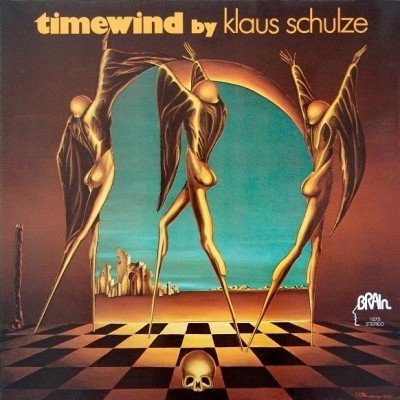 The first thing he actually thought was:

“Hey, this is a German name. The only German music I have ever heard is ‘schlagermusik’. But someone who makes that kind of music would never have such an alien album cover! So what the hell is this?” He opened the album cover and the inner sleeve of ‘Timewind’ stared at him. What he saw there was even more alien than the front cover. 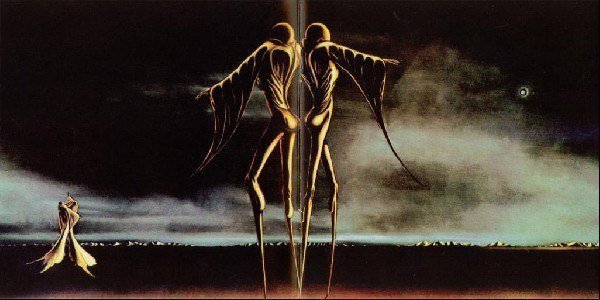 On the back cover there were only some ‘technical’ notes. That was all. No info on the artist at all, totally nothing. So the question remained: who was Klaus Schulze? Nowadays you can google whatever you want and get drowned in billions of pages with information. But not in 1976 though. 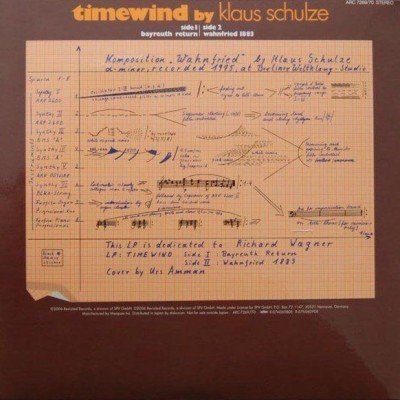 Brainvoyager just had to buy this album. He bought it literally out of curiosity and nothing else, while thinking: “I can’t get what I came for, so why not get this one?” And so his spare pocket money went out to buy this album and he returned home. His first encounter with the music of Klaus Schulze was a fact.

After the evening dinner…

…he put the LP onto his turntable and started listening to whatever it was that he had bought. The first thing he noticed was that the opening track lasted an astounding 30 minutes. Another thing that shocked him was that it happened to be the same sort of music he was after that afternoon in that music store: electronic music! It also struck him how this was even better than the album he wanted to get initially. He closed his eyes and for half an hour he dreamt and floated over its hypnotizing sounds. A world had gone open for him and the piece that had opened it was ‘Bayreuth Return’. This very first electronic album, an album Brainvoyager accidentally bought, is what his interest in electronic music got started.

Over the years, after that first encounter, Brainvoyager went deeper en deeper into this cosmic and ambient electronic world, and got to appreciate a wide amount of musicians who were in the same ship.

The Evolution of Electronic Music ›