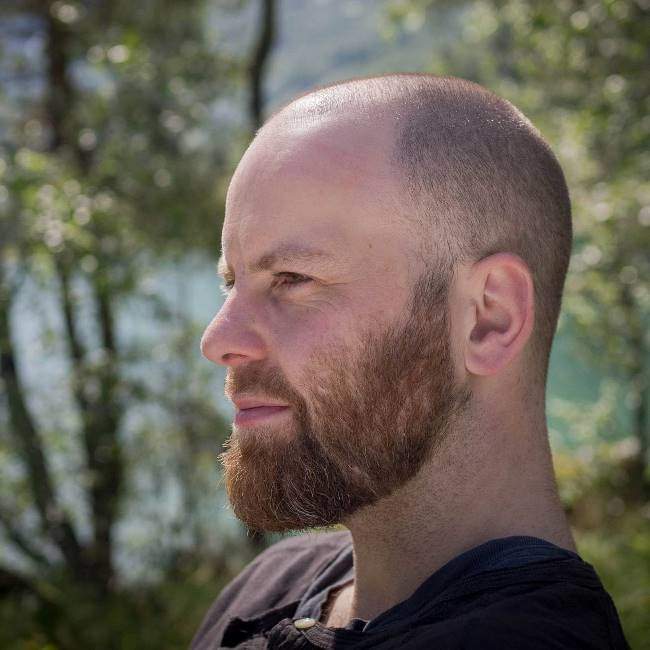 From the album “Penumbra”:

In the search of light, we forget the beauty of darkness.

Morten Birkeland Nielsen is a Norwegian synthesist who artistically goes by Breidablik. Breidablik’s second full-length album “Penumbra” was released on Pancromatic Records in the autumn of 2017. The album contains four songs and has an overall playtime of more than 40 minutes. “Penumbra” is a concept album exploring the forces of darkness and light. A penumbra is a region around the edge of a sunspot. It’s darker than the sun’s surface but lighter than the middle of the sunspot.

Breidablik uses mainly analog synthesizers as the creative tool. He builds large electronic soundscapes with sequences, drones and ambient textures. “Penumbra” follows the footsteps of artists such as Tangerine Dream, Klaus Schulze and Michael Hoenig. But the album also adds distinctiveness and innovation. “Penumbra” should appeal to fans of progressive electronic music and especially to those who enjoy the music from the Berlin School of Electronic Music.

In 2012 Breidablik started out. He debuted with “Songs from the Northern Wasteland” in 2016, a split cassette with folk-proggers Jordsjø. The debut full-length album “Vinter” followed as a cassette release in January 2017. Sophomore album “Penumbra” is available digitally at Bandcamp and as gatefold-cover LP on well-renowned label Pancromatic Records. The LP is limited to 300 copies on transparent vinyl.

All links to Breidablik´s media