The Story of Burial

William Emmanuel Bevan, better known by his stage name Burial, is an electronic recording artist from London. His music contains elements of dubstep, 2-step garage, ambient and house music. His eponymous debut album was released in 2006 to critical acclaim. The Wire magazine named it their album of the year, along with achieving fifth place in the Mixmag 2006 Album of the Year list, and eighteenth in the best of the year list of The Observer Music Monthly supplement. Burial’s second album, Untrue, was also released to critical acclaim and was the second-highest rated album of 2007, according to the review-collating website, Metacritic. 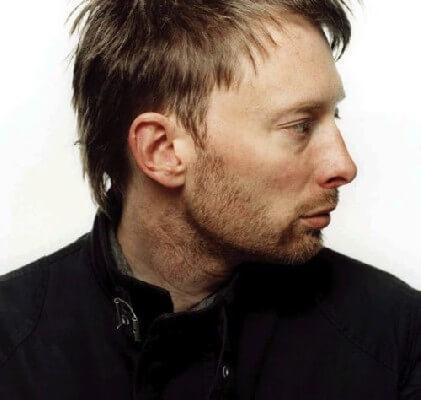 Although both albums have been met with much widespread acclaim, Burial remained anonymous until August 2008, and said in an early interview that “only five people know I make tunes”. In February 2008, The Independent reported that Burial was an alumnus of south London’s Elliott School (another alumnus, Hot Chip’s Joe Goddard, said in 2006 that Bevan was in the year above him). The school’s alumni also include Kieran Hebden (a.k.a. Four Tet), with whom Bevan has collaborated.

On 22 July 2008, The Guardian reported that Burial was a nominee for the 2008 Mercury Music Prize. NME reported on 31 July 2008 that Burial was the favourite for the award. After much Mercury Prize-related coverage in tabloid newspapers in the UK, including speculation that Burial was either Richard D. James (Aphex Twin) or Norman Cook, Burial confirmed The Independent’s information and posted a picture of himself on his MySpace page on 5 August 2008. A blog entry stated, “I’m a lowkey person and I just want to make some tunes”, as well as announcing a forthcoming four-track 12″, and thanking his fans for their support up to this point. On 9 September 2008, Elbow won the award in question.

Bevan claims to compose nearly all his music in SoundForge, a digital audio editor, and to eschew the use of trackers and sequencers. Journalist Derek Walmsley stated in The Wire:

Inspired by the darkside drum’n’bass of the Metalheadz label, Burial decided at the outset to avoid at all costs the rigid, mechanistic path that eventually brought drum ‘n’ bass to a standstill. To this end, his percussion patterns are intuitively arranged on the screen rather than rigidly quantized, creating minute hesitations and slippages in the rhythm. His snares and hi-hats are covered in fuzz and phaser, like cobwebs on forgotten instruments, and the mix is rough and ready rather than endlessly polished. Perhaps most importantly, his basslines sound like nothing else on Earth. Distorted and heavy, yet also warm and earthy, they resemble the balmy gust of air that precedes an underground train.

On 21 April 2008, the news about a forthcoming DJ-Kicks release on !K7 Records (!K7CD227 out 23 June 2008 in the UK and 8 July 2008 in the US) appeared on different blogs and fan websites. The CD was not released on those dates, but there was official confirmation of the postponed release in early August 2008 on the DJ-Kicks website. The only statement from Burial regarding the release was on MySpace, stating “fake djkicks tracklist got put up somewhere i got messages from people & producers thinking it was real. If I do DJ-kicks it will be mostly old jungle tunes & new tunes. big up”. A new release date was then set for 11 November 2008, later moved to 6 January 2009, and then postponed again until further notice.

On 21 July 2011 Flying Lotus posted a track on Soundcloud which was supposedly intended for Burial’s DJ-Kicks mix. In a post on the DJ-Kicks website later the same day a photo was published showing paper record sleeves printed with the Burial logo and it was stated that “the reality of a Burial DJ-Kicks doesn’t seem to be any closer”, but still there was hope that “someday there will be something to actually put into one of these empty bags”.

On 10 February 2010 Massive Attack’s Daddy G said they were planning a remix album with Burial regarding their latest release ‘Heligoland’.

What the plan is… you know that Mad Professor record that we did? (1995’s ‘No Protection’). Essentially trying to get that together, where Burial essentially remixes quite a lot of the new tracks. Brings out a different version of quite a lot of the tracks that we’ve done.

On 10 October 2011 Massive Attack announced the release of a 12-inch single in collaboration with Burial with the two tracks ‘Four Walls’ and ‘Paradise Circus’. Massive Attack posted the track ‘Four Walls’ on their website. The record, with sleeve designed by Massive Attack’s Robert Del Naja (3D), was limited to 1000 copies and sold out on the first day of pre-sale. 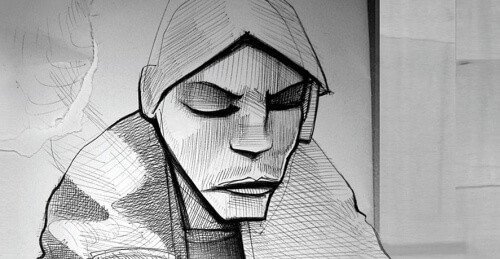 Rather than releasing a third album, Burial has spent the years since Untrue releasing increasingly lengthy and more experimental individual tracks. This began with Moth / Wolf Cub, a collaboration with Four Tet, and Burial’s own track Fostercare and EP Street Halo. He then developed this practice, experimenting with multi-part suites rather than conventional songs on the Massive Attack collaboration Four Walls / Paradise Circus, and subsequent solo EPs Kindred, Truant / Rough Sleeper and Rival Dealer. Each of these EPs was met with critical acclaim, with Kindred being singled out in particular as a landmark release. In early 2014 Burial uploaded a photograph of himself accompanied with a message for his fans promising new music on Hyperdub’s website.