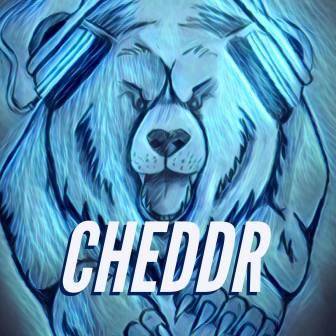 From the album “Three Sheets: To the Wind”:

1. Unification Theory
2. Our Hearts Are Beating Together
3. The Winding Road

…ambient electronic, IDM, synthwave, classical fusion, and electro have all appreciated and shared Cheddr’s music. Cheddr (Jeff Hines) hails from Connecticut in the USA. He has played and written music for over 20 years. But it has only been in the last year that the music production and distribution tools have become mobile enough to allow him to work on this music anytime and anywhere and distribute it to the world.

Spurred on by recognition by independent music supporters from around the world, Hines has continued to produce more advanced and complex music which has in turn been featured on music programs.

Cheddr’s music includes electronic dance tracks, dreamy lo-fi, deep house and chill songs. Also, there are ambient elements, piano melodies, acid baselines, and progressive rock guitar solos. Some tracks sound like something from a future-retro video game arcade and others sound like it came from an orchestra with a DJ in space. He has been influenced in recent years by artists such as Tycho, Emancipator, Gramatik, Ratattat, Bonobo, and Madeon.

Cheddr likes to think of himself…

…as a post rock composer, producer, and muti-instrumentalist. But in reality he is a lot like his fans – a regular guy that has always loved music and thrives on the connections that it allows him to make.

The number of people that truly seem to like this music is amazing to me, and honestly I appreciate every single play. It just blows my mind that I can interact with music lovers from New Zealand to Germany on the very same day.

His music had reached over five thousand organic streams from 50+ countries on all platforms and album sales that have charted at number one on Bandcamp in the Boston location for the relevant electronic music catagories.

Currently a charting album on Bandcamp in the IDM, Chillwave, Vaporwave, Synthwave, and Glitch categories on Bandcamp. Three Sheets: To the Wind. Reaching number one in the Boston location in June of 2018.

Melodic synths and modern beats with pianos and strings mark this third release from electronic artist Cheddr. Elements of ambient electronic music, chillwave, or even deep house vibes. But acoustic instruments atypical of the synth genres mixed with luscious (or glitched out!) synths brings a fresh but classic approach to the instrumental electronic music scene.

Tracks include the chill electronica songs “The Winding Road”, “Falling into you”, “Reach In”, and “You’ll See”, as well “Unification Theory” and “Understory” featuring sequenced solo piano and strings. The sampled vocal manipulations in “Our Hearts are Beating Together” and “Vapors” are hypnagogic, approaching vaporwave. The songs on this album are varied, but belong thematically together appealing to Synthwave fans or fans of any indie or electronic music genre.

It’s a truly beautiful album, with a powerful sense of melody. Also, it’s sweet and melancholic. It’s that kind of LP that you can listen over and over with the same pleasure. Favorite track: The winding road.

All links to Cheddr’s media

Catching up with Klaus Schulze ›