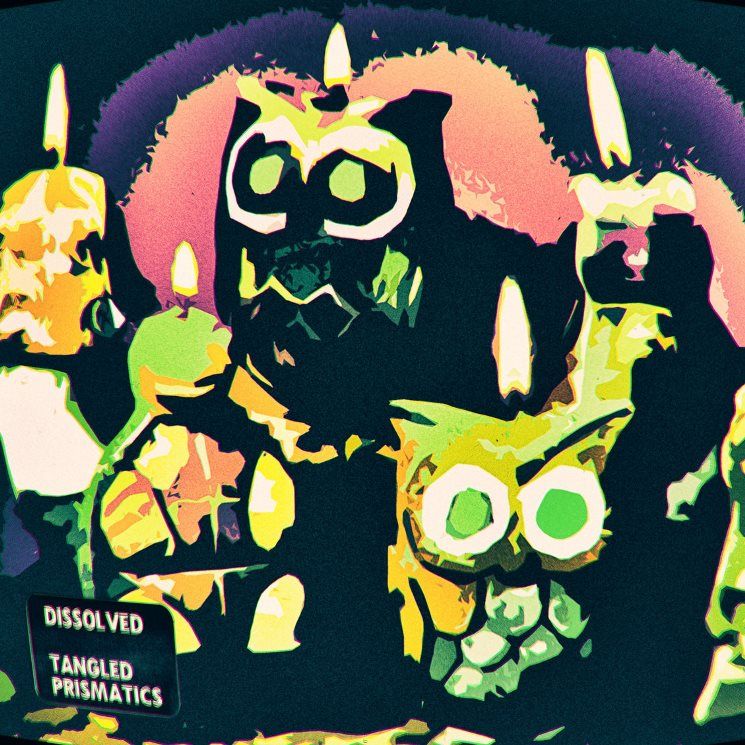 From the album “Tangled Prismatics”:

Paul Daniels is a Scottish electronic musician from Glasgow who artistically goes by Dissolved. His influences include film soundtracks, drone, ambient, and experimental electronic music. He releases his music on Daddytank records, Section27 and on his own Dissolvedamberrooms label. He is currently based in Vancouver.

Dissolved first emerged sometime in 1989 as the result of tampering with scratched records, masking tape, bleach, dangerous tape recorders, some crumpled cassettes, radio broadcasts. Also, he has a fascination with film, art, the paranormal and nature.

He moved from making long sound montages culled from ancient radio recordings and family conversations. These recordings were mixed in with wild guitar textures and field recordings and overlaid with weird synth experiments. Finally, Dissolved arrived at a more controlled sound, bringing in glitchy beats merged with melancholic melodies and atmospheric ambient backgrounds, but still keeping an experimental ethic.

All links to Dissolved´s media

‹ Catching up with Klaus Schulze