Elizabeth Joan Kelly was featured in episode #186, broadcast on 30 March 2019 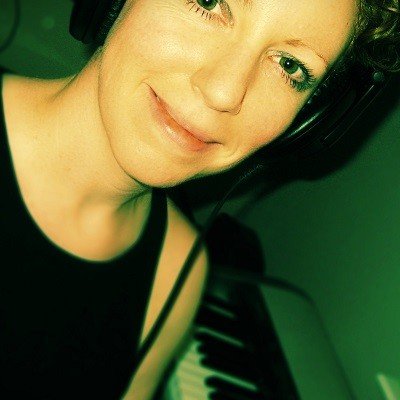 From the album “Music For The DMV”:

Elizabeth Joan Kelly is a New Orleans-based experimental electronic and classical music composer. She uses found sounds and MIDI to create lush soundscapes influenced by Zola Jesus, Nine Inch Nails, Portishead, Fever Ray, and The Knife. Elizabeth’s music, which is primarily instrumental, explores the relationship between technology, industrialization, consumerism, and its effect on society and our natural world.

Elizabeth has received numerous composition awards, including the Anthony “Val” Valentino Memorial Award from Loyola University. Also, she received the Donald Erb award from the Cleveland Institute of Music. String Quartet was winner of the 2007 Ohio Federation of Music Club’s Young Composers Contest. It received the 2007 Russell and Nancy Hatz Special Recognition Award from the National Federation of Music Clubs. As 2nd place winner in the 2008 Singing City Prize for Young Composers, Elizabeth was commissioned to write a new piece for the ensemble.

Another choral work, “Tiare Tahiti” was a 2008 winner of the American Composer’s Forum/Vocal Essence Essentially Choral Reading Program. Vocal Essence read “Tiare Tahiti” in May 2008. “The Salt of Winter” was selected for inclusion in the Jacksonville Symphony’s Fresh Ink Orchestra Readings in June 2008. “Mornin’ Glory” was performed at the inaugural concert of the Louisiana Composer’s Forum in September 2010 and subsequently nominated for a Big Easy Tribute to the Classical Arts Award.

The Cleveland Chamber Symphony, Vox Novus, members of So Percussion, and students and young professionals across the United States and Europe performed Elizabeth’s music. Her newest album is Music for the DMV (after Brian Eno’s Ambient 1: Music for Airports, but more angsty… because no one likes the Department of Motor Vehicles).