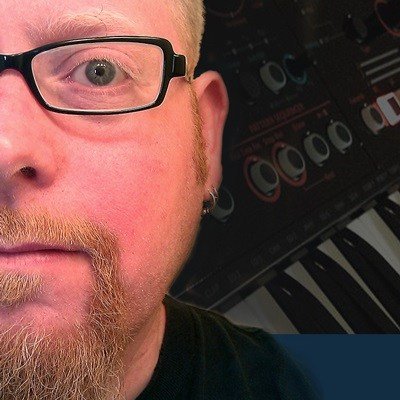 From the album “Back To Life” (as Eric C Powell):

From the album “Essentials” (as member of Turning Keys):

3. Soul To Your Heart

Eric C Powell expressed an interest in music and displayed a natural talent from an early age, but it was when he received a now-vintage analog Roland Juno 106 synthesizer that his songwriting craft began. His teens proved to be creative years for Eric as he wrote, recorded, and performed hundreds of originals songs. Eric seized many opportunities to share his music performing for school events, selling cassette tape recordings, and regularly performing at a local restaurant at the age of 16.

…into the music industry for Eric C Powell. After an interview, a potential music manager suggested he seek out band members to record a demo. A few months later, Eric formed Turning Keys, an early 90s synth pop band which received favorable reviews and a significant following in the Southern California electronica sub-culture. Eric took the role of front man and songwriter of Turning Keys with the band producing several albums, music videos, a tour, and a number of live performances – notably opening with Flock of Seagulls, Depeche Mode, and Missing Persons.

Eric moved on from Turning Keys but continued his songwriting craft, eventually finding work as a professional band leader working with numerous skilled musicians and vocalists in California and Montana. It was during this time that Eric also honed his skills as a live musician. With keyboard and vocals as his main instruments, he also learned skills on guitar and djembe, but more importantly how to form a cohesive sound with a group of musicians from different backgrounds and influences.

…years Eric C Powell settled from Montana to California, and finally to Austin, Texas USA. Since then, he has released a newly remastered compilation of his songs from Turning Keys called TK Essentials.