I AM RHINO AND RUIN 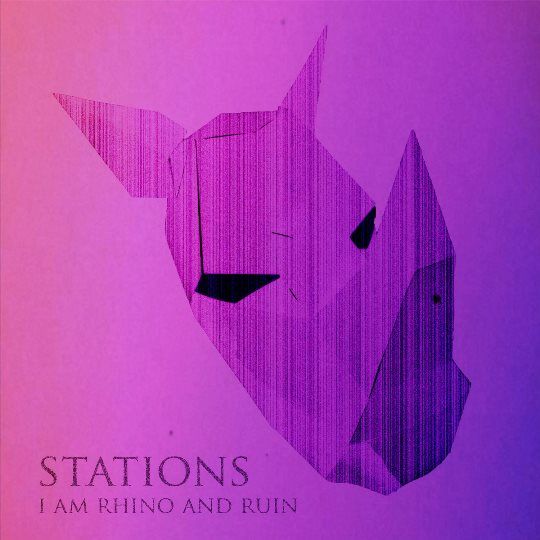 From the album “Stations”:

About I AM RHINO AND RUIN

I AM RHINO AND RUIN is Ruaidhri Mannion, an Irish musician and composer based in London. In London he’s currently doing a PhD in modern composition at the Royal College of Music. Most of the time he makes experimental classical and electroacoustic music. His music is performed in concert halls, art galleries and installations spaces. But recently he has been working on refashioning some of his more electronica-based ideas and influences into this experimental mindset to develop his new project and alter-ego: I AM RHINO AND RUIN.

In September 2016 he released a new 6-track EP called ‘Stations’. ‘Stations’ are places he has been collecting recordings, writing musical ideas and lyrics, and making big decisions about where he is headed.

From electronic remixes of some of his avant-garde composed work for chamber ensembles, to FM synth-laden folk music; the record is a reflection of some music he has been really wanting to share, bit which frankly won’t sit comfortably in his ‘academic music’. As a life-long musician who grew up playing violin and piano, and then went onto traditional music conservatoires he has traversed many different musical planes during his career. When he first started I AM RHINO AND RUIN he thought he was developing a reactionary to many of these old influences and ideas. But now he thinks he might be creating a synthesis of all of them.

All links to I AM RHINO AND RUIN’s media