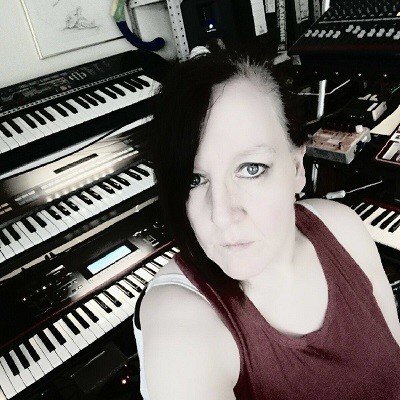 As instruments IcingWolf uses most hardware gear and sometimes VST’s. She collaborated with other musicians like CrashDumpFile, Moebius and others. An album with CrashDumpFile as “Two Of A Kind” – Project is also available on Bandcamp.

Her first release was “ViveSomnium” in 2017 @ Calling The Ghosts Music. The album was nominated for the “Schallwelle Award – Discovery 2017” which she won. First time of live playing was this year in Schwerte.

All links to IcingWolf´s media

SCIFI.Radio is the world’s most popular science fiction themed radio station. From game, movie and TV soundtracks and filk to fascinating sci-fi and fantasy themed talk shows to ripping adventure serials, SCIFI.Radio is the radio station you’ve been waiting for all your life. It’s Sci-Fi for your Wifi! The weekly radio show “Electronic Fusion” of Brainvoyager is broadcast by this station 1 time a week.