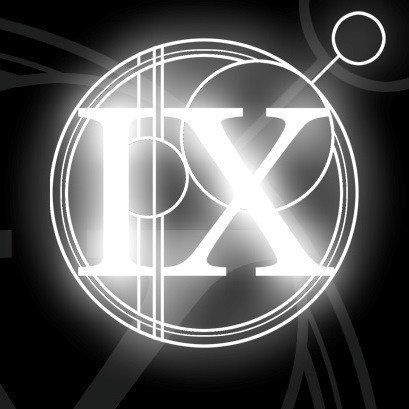 From the album “System VII”:

IX (pronounced “icks”) started in 2013 when two lifelong friends Darren Esp and Iain Laskey decided to work together on a body of work of electronic music. The band is named after a machine race in the Dune series of books by Frank Herbert.

Their long term plans are to put aside commercial ambition in favour of building a body of recorded works and growing a reputation as champions of electronic music production without falling into the dance music category. The band resides and records in Essex, UK.

With a core membership of just two, IX intend to draft in additional musicians, vocalists and song writing collaborators of interest, as they expand their catalogue of releases.

Taking inspiration from eclectic sources such as vintage TV/movies, science fiction writing and pretty much all genres of music, IX aim to produce polished musical works that interest and intrigue while defying normal genre comparisons.

Their first two albums “System VII” and “7302” are out now on Bandcamp, iTunes, Amazon, Google Play, Spotify and all good online distributors.

In 2015, IX achieved its first commission to produce the soundtrack for a short film. The band is now finalising the next album with the title “6EQUJ5”.

All links to IX’ media