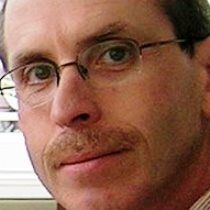 From the album “Timeless E-Motion”:

Jim Ottaway is an award-winning Australian composer, producer and studio performer of original electronic instrumental music covering many genres including electronic, ambient, new age and music for film and television.

Since 2004 Jim has released over 25 independent albums in his homeland, Australia… commencing with his first release FIRST LIGHT, a light relaxing ambient album culminating in his new release TIMELESS e-MOTION, a powerful electronic album, officially released in January 2017.

Jim was awarded a Silver Medal at the 2016 Global Music Awards for his album SOUTHERN CROSS.

Three of Jim’s albums charted around the world during 2016… INVISIBLE VORTEX peaked at #1 on the One World Music Radio Top 100 Chart for 2 months and SOUTHERN CROSS peaked at #4. Both albums and LIQUID MOON also charted well on the US-based Zone Music Reporter Top 100 Chart in 2016.

All links to Jim Ottaway’s media