Kindly Spoken Thieves was featured in episode #190, broadcast on 27 April 2019 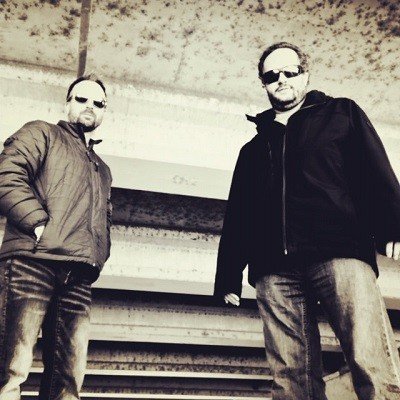 From the album “Kindly Spoken Thieves”:

Kindly Spoken Thieves are Steve Setzepfandt (Sets a font) and Josh Wittman, an electronic/ambient duo from Minneapolis, MN USA. They became friends around the age of 5 and went to school together through high school and college. Josh started to play guitar in elementary school and Steve played bass in high school. Both have remained fans of music throughout their lives with Steve studying music in college. In 2006, they decided to record instrumental electronic music under the moniker Rho.

They have released 4 albums under Rho in the Net Label Creative Commons community. Around 2013 the duo took a break from recording and then in 2015 began talks of recording again under a new moniker Kindly Spoken Thieves which shows a more evolution of the duo in the recording process and song creation. During 2016 through 2018 the duo recorded, mixed, and produced their new self-titled album which came out on March 30th, 2019 on their own record label, Shady Ridge Records which will release their solo material as well.

All ten tracks on their new self-titled album “Kindly Spoken Thieves”, were recorded from 2016 through 2018.