The Story of Kitaro

…on 4 February 1953, in Toyohashi, Aichi, Japan. He is a graduate of the Sahid University. Kitaro (which is his boyhood name, meaning “man of love and joy”), a practicing Buddhist himself, was born in a family of Shinto-Buddhist farmers. After graduating his parents were first opposed to the idea of their son having a musical career. In an effort to maneuver him towards their vision, they made arrangements for him to take a job at a local company. But in return, he did not show for the job without telling them, and managed to convince them to work on something he loved. 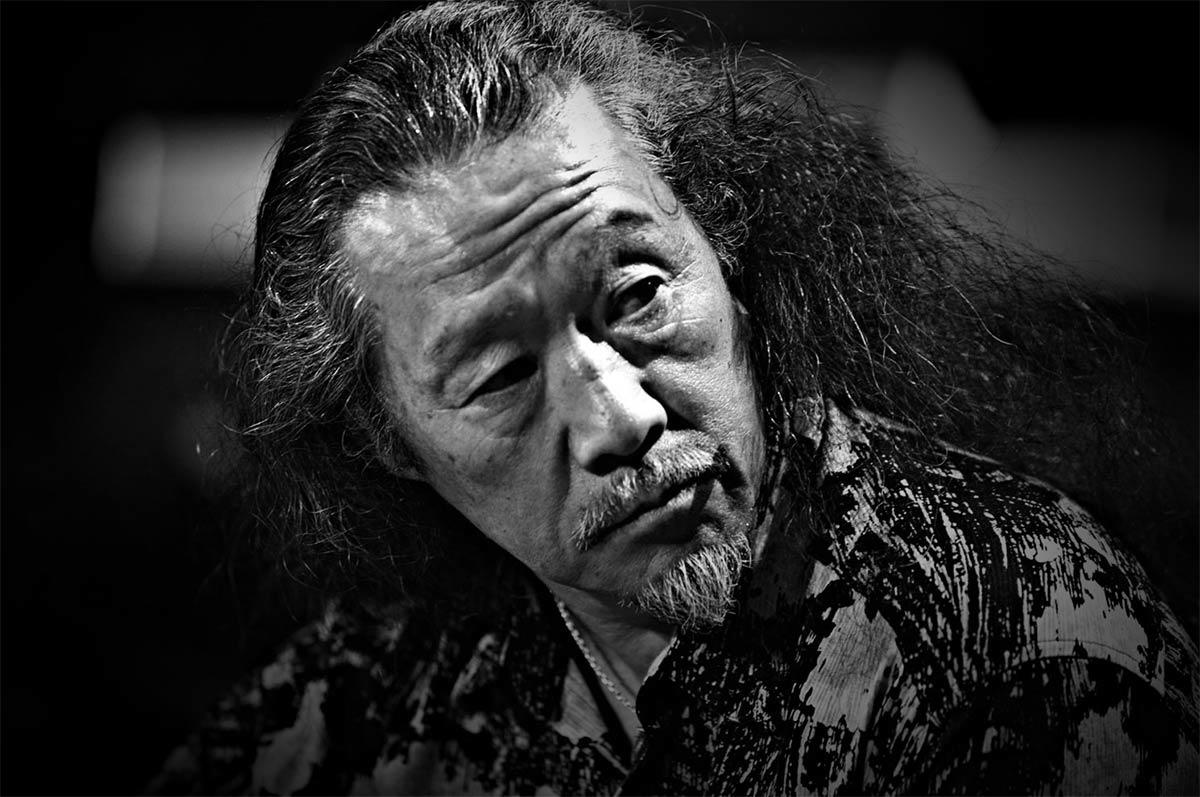 In high school Kitaro played electric guitar in a band that played American rhythm and blues of Otis Redding and covers by The Beatles. After graduating, and learning to play drums and bass, Kitaro moved to Tokyo to experience and become a part of the music scene, and it was there that he discovered the synthesizer. His first synthesizer was analog, and he recalls having “just loved the analog sound that it made compared to today’s digital sound”.

In the early 1970s he changed completely to keyboard and joined the Japanese progressive rock band Far East Family Band and recorded four albums with them. While in Japan and Europe in 1975, he met the German electronica and former Tangerine Dream member Klaus Schulze. Schulze produced two albums for the band and gave Kitaro some tips for controlling synthesizers. In 1976, Kitaro left Far East Family Band and travelled through Asia (China, Laos, Thailand, India).

For over a quarter century…

…Kitaro has been an internationally recognized icon, globally acclaimed composer and musician. He’s one of the founding architects of the New Age music category and movement. His ongoing inspirational musical message of Peace and Love allows Kitaro to take his fans to the four corners of the globe, shining the spotlight of his musical message on audiences as he inspires fans from around the world to unite as one. 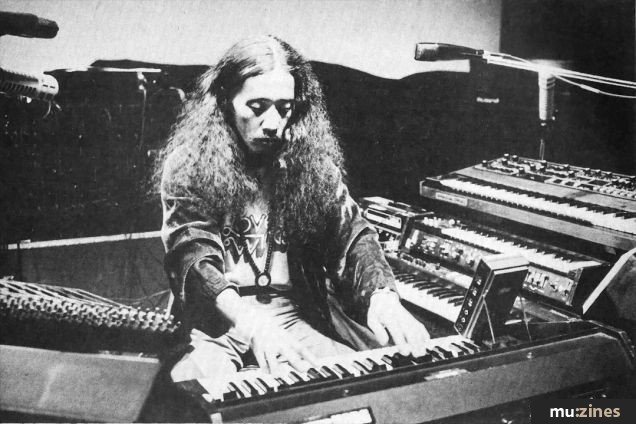 After few years in the Japanese music group Far East Family Band, Kitaro became a solo artist in 1978, and released his first album entitled Astral Voyage. In 1980, he created the theme song for Japanese national TV broadcast, NHK’s TV show featuring Silk Road. The show made an enormous success and increased Kitaro’s recognition worldwide. Kitaro released the soundtrack albums Silk Road and Silk Road Vol.2. In 1984, he toured in Asia as a first-ever Japanese musician who performed in Taiwan and China.

In 1985, Kitaro signed worldwide contract with Geffen Records. Shortly after that, in 1987, Kitaro created the Grammy-nominated The Light Of the Spirit, a collaboration with Grateful Dead drummer Mickey Hart. This album exceeded two million dollars of sales in the U.S. alone. This created a turning point in Kitaro’s career and aided to elevate Kitaro’s presence to an unprecedented degree. After this, Kitaro continuously toured in the US and Europe and attracted a following worldwide.

Of all his works…

…in addition to his breakthrough release of Silk Road, Kitaro considers Kojiki as one of his finest efforts. Nominated for 34th Grammy, the album reached the Billboard Top 200 Pop Charts at #159, an amazing feat for an album in the New Age genre. The album also became #1 Top New Age Album for 8 weeks.

In 1992 Kitaro released transcendent Dream, a collaboration with Yes’ Jon Anderson. After release, this was another Kitaro hit and Kitaro was nominated for another Grammy. Working with acclaimed director Oliver Stone, Kitaro won a Golden Globe Award for his Heaven & Earth Original Soundtrack in 1994.

In 1994, Kitaro signed with Domo Records. 1994’s Mandala and 1995’s An Enchanted Evening were both released and nominated for Grammys only adding to Kitaro’s legacy of Grammy accolades. 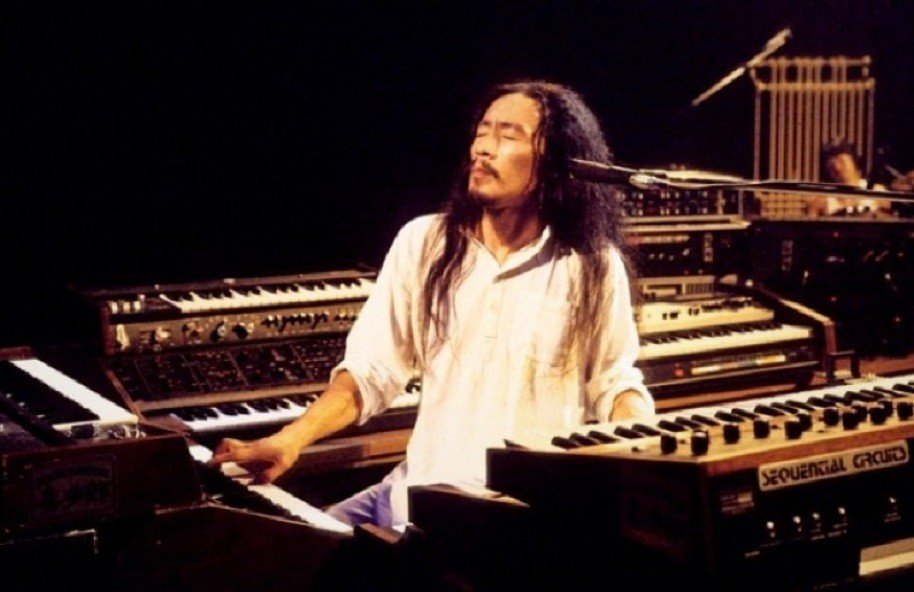 …Kitaro’s Thinking Of You, which the online music bible allmusic.com calls, “one of the most beautiful CDs of all time”, won a Grammy for Best New Age Album. Kitaro credits this Grammy to philosophy that fundamentally, at its heart, his music is always about sending a profound message of peace and spiritual development, both personally and globally.

Kitaro’s Ku-Kai series arose after the global events on the fateful day of September 11, 2001. On that day, Kitaro was on a jet from Japan traveling en route to Los Angeles when the transcontinental flight was diverted to Hawaii for 5 days due to the tragedy. It was during this time of disbelief and uncertainty that Kitaro envisioned the Ku-Kai series as a means of uniting the world by music embracing a universal message of peace. The Sacred Journey of Ku-Kai series is an earthly travel that transports the listener to the 88 sacred temples located on Shikoku Island in Japan. The music is a serene journey in its own right. The true to life excursion made over 1100 years ago on Shikoku Island in Japan endures to this day.

…for Kitaro and his music that unites the world is, of all things, real and constant. His desire to continually breaking new ground and blur the lines between musical genres is visible on Kitaro’s Spiritual Garden in 2006.

In 2007, Kitaro launched his “Love And Peace World Tour” in conjunction with the Ku-Kai series. He has performed in The Philippines, Taiwan, Malaysia, Indonesia, Singapore, Thailand, Greece, India, Japan, Hong Kong, Mexico, China, Jakarta, and Uruguay in order to help spread his goal of world peace. 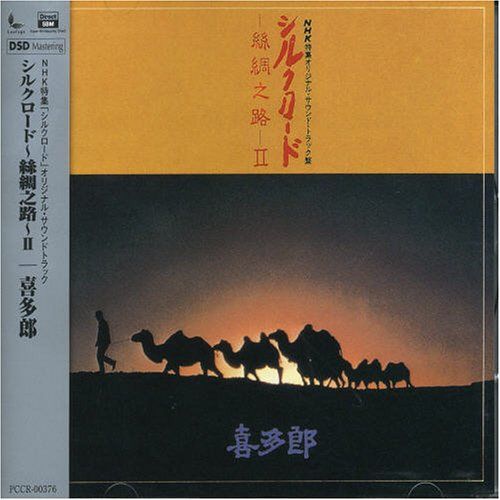 In 2011, Kitaro started his Asian tour entitled “The Silk Road – East & West” and performed for more than 40,000 fans. Also, Kitaro participated the event MUSE (Musicians United for Safe Energy) and shared the stage with Crosby, Stills & Nash, Jackson Browne, The Doobie Brothers and other world-top artists.

…in 2012 is the collaboration album, Let Mother Earth Speak with world-renowned Native American activist, Dennis banks. With a focus on world and inner peace, the unique mix of Kitaro’s music with Native American instruments along with the insight of Dennis Banks makes Let Mother Earth Speak one of the most unique marriages of musical and spoken word driven projects of this or any year.

His studio album Final Call has been released in September 2013. As a homage to Kitaro’s lifetime reverence for Nature, the album is a voyage of introspection specifically concerned about how we treat our planet. 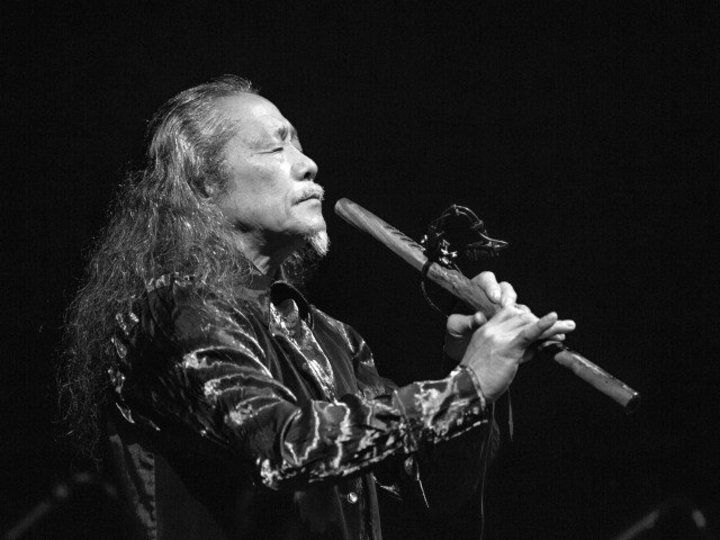 Kitaro’s project, Symphony Live In Istanbul, was recorded live at the Halic Congress Center in Istanbul, Turkey with a 38-piece chamber Symphony Orchestra in March of 2014. It was his first-ever live project with a Symphony Orchestra, and Kitaro has received his 16th Grammy Nomination in 2015.

Kitaro is universally acknowledged as the founding architect of new age music. His various sound collaborations and resonant, multi-textured compositions truly defy the constraints of any genre. The Grammy and Golden Globe-winning Kitaro has garnered global acclaim over a more than three-decade long career with a signature sound and a pioneering fusion of cultures, techniques and spheres of consciousness that are truly his own.