The Story of Klaus Schulze

Klaus Schulze (born 4 August 1947) is a German electronic music composer and musician. He also used the alias Richard Wahnfried. He was briefly a member of the electronic bands Tangerine Dream and Ash Ra Tempel before launching a solo career consisting of more than 60 albums released across five decades. 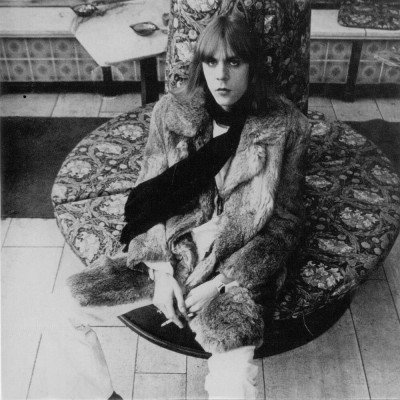 Klaus Schulze in the early 70s

In 1969, Klaus Schulze was the drummer of one of the early incarnations of Tangerine Dream for their debut album Electronic Meditation. Before 1969 he was a drummer in a band called Psy Free. He met Edgar Froese from Tangerine Dream in the Zodiac Club in Berlin in that time West-Germany. In 1970 he left this group to form Ash Ra Tempel with Manuel Göttsching and Hartmut Enke. In 1971, he chose again to leave a newly formed group after only one album, this time to mount a solo career. In 1972, Klaus Schulze released his debut album Irrlicht with organ and a recording of an orchestra filtered almost beyond recognition. Despite the lack of synthesizers, this proto-ambient work is regarded as a milestone in electronic music. The follow-up, Cyborg, was similar but added the EMS Synthi A synthesiser. 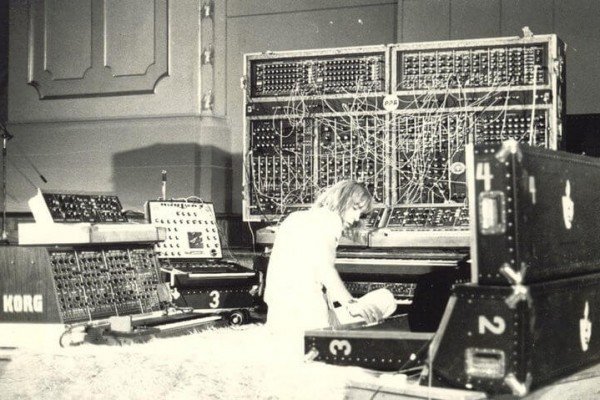 During a concert around 1975

Since this point, Klaus Schulze’s career has been most prolific, and he can now claim more than 40 original albums to his name since Irrlicht. Highlights of these include 1975’s Timewind, 1976’s Moondawn (his first album to feature the Moog synthesiser), 1979’s Dune, and 1995’s double-album In Blue (which featured one long track called Return To The Tempel with electric guitar contributions from his friend Manuel Göttsching of Ash Ra Tempel). In 1976, he was drafted by Japanese percussionist and composer Stomu Yamashta to join his short-lived “supergroup” Go, also featuring Steve Winwood, Michael Shrieve, and Al Di Meola. They released two studio albums (Go in 1976 and Go Too in 1977) and one live album (“Live from Paris” recorded in 1976 and released in ’77) which went on to become a cult favourite. 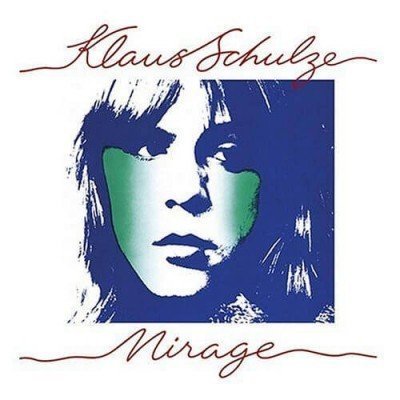 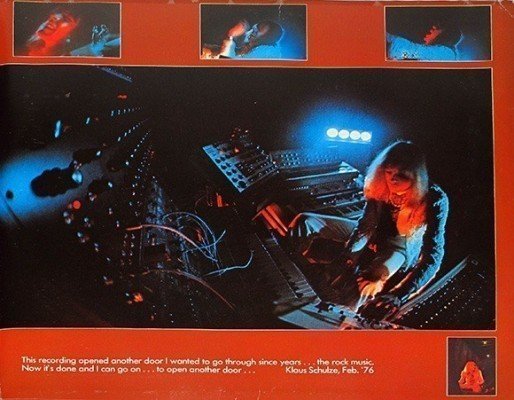 Inner sleeve of the album Moondawn (1976)

Throughout the 1970s he followed closely in the footsteps of Tangerine Dream, albeit with far lighter sequencer lines and a more reflective, dreamy sheen, not unlike the ambient music of his contemporary Brian Eno. It is to be noted that some of his lighter albums are appreciated by New Age music fans, despite the fact that Klaus Schulze has always denied connections to this genre. By mid-decade, with the release of Timewind and Moondawn, his style transformed from Krautrock to Berlin School.

Klaus Schulze had a more organic sound than other electronic artists of the time. Often he would throw in decidedly non-electronic sounds such as acoustic guitar and a male operatic voice in Blackdance, or a cello in Dune (1979) and Trancefer. Klaus Schulze developed a Minimoog technique that sounds uncannily like an electric guitar, which is quite impressive in concert. Klaus Schulze often takes German events as a starting point for his compositions, a notable example being on his 1978 album “X” (the title signifying it was his tenth album), subtitled “Six Musical Biographies”, a reference to such notables as Ludwig II of Bavaria, Friedrich Nietzsche, Georg Trakl, and Wilhelm Friedemann Bach. His use of the pseudonym Richard Wahnfried is indicative of his interest in Richard Wagner, a clear influence on some albums like the aforementioned Timewind.

In the 1980s Klaus Schulze moved from analog to digital instruments, and his work accordingly became less experimental and more accessible. Although the switch to purely digital recording and instruments is audible in the style of Dig It (1980), it was not until the release of Trancefer (1981) that the shift in style became evident. Trancefer was far more obviously reliant on sequencers than previous recordings, and the resultant effect transformed Klaus Schulze’s style from gentle melodic journeys to an ever-growing crescendo of music consisting of multi-layered rhythmical passages. This is particularly noteworthy in the Trancefer’s first track “A Few Minutes After Trancefer”, although the second track “Silent Running” is more reminiscent of Klaus Schulze’s earlier works.

This newer style can also be found in Klaus Schulze’s next release Audentity. Both “Cellistica” and “Spielglocken” are composed in a similar, sequencer based, style as Trancefer, but this is certainly not the case of all of Audentity’s tracks, indeed “Sebastian in Traum” hints towards the Operatic style to be found in some of Klaus Schulze’s much later work. The predominance of sequencing can also be found in the follow-up live album Dziękuję Poland Live ’83, although it should be noted that many of its tracks are re-workings of those to be found on Audentity. Klaus Schulze’s next studio-based album Angst (soundtrack to the namesake 1983 film) moved away from the harshness of sharp, heavily sequenced style of the 3 previous albums and, once again, had the more “organic feel” of earlier recordings.

Dreams is the nineteenth album by Klaus Schulze from 1986. Another highlight of this era was En=Trance with the dreamy cut “Fm Delight”. The album Miditerranean Pads marked the beginning of very complex percussion arrangements that continued into the next two decades. 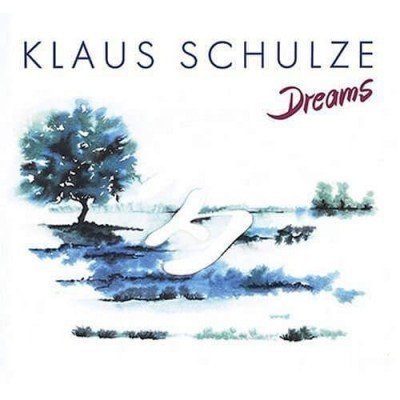 In 1989, German band Alphaville released their album The Breathtaking Blue, on which Klaus Schulze was both a contributing musician (partially) and the album’s producer.

Starting with Beyond Recall, the first half of the 1990s was the notorious “sample” period, when Klaus Schulze used a wide variety of pre-recorded sounds such as screeching birds and sensuous female moans in his studio albums and live performances. Sampling was such an unpopular diversion that when In Blue was released in 1995 without samples it was hailed as a return to form. The decade also saw the release of copious amounts of previously unreleased material, of varying quality, in several limited-edition boxed sets. Some live recordings were discovered on pristine but forgotten reels of tape which had been used to provide echo in concerts. 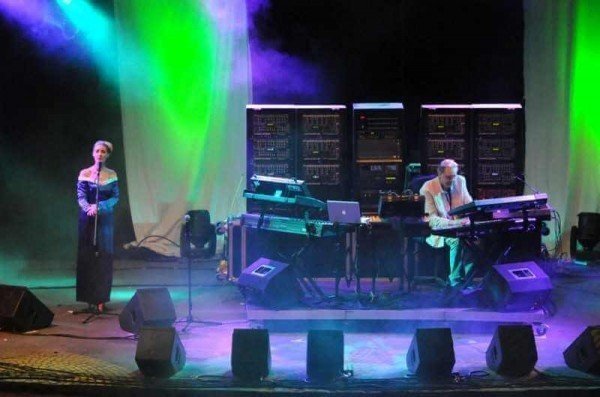 With the release of his fortieth album (Big in Japan: Live in Tokyo 2010) in September 2010, Klaus Schulze entered his fifth decade as a solo musician. His next album, Shadowlands, was released in February 2013, quickly to be followed by the release of The Schulze–Schickert Session 1975, a rare long-unreleased collaboration, in March 2013. 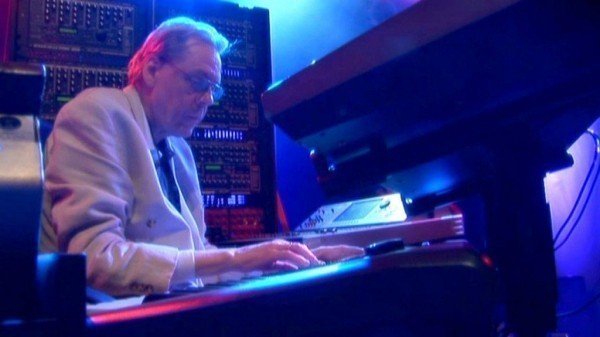 Klaus during a recent concert

Richard Wahnfried, then simply Wahnfried after 1993, is the long-time and only real alias for Klaus Schulze – originally a pseudonym, later an official side project name. Seven albums were released under this name between 1979 and 1997.

The main characteristics of the Wahnfried albums (as opposed to Klaus Schulze’s regular works) are:

In his 1975 album Timewind (four years before the first alias use), Klaus Schulze had already named a track “Wahnfried 1883” (in reference to Wagner’s death and burial in his Wahnfried’s garden in 1883). The other track on Timewind is called “Bayreuth Return”. After 1993, the albums are simply credited to “Wahnfried”, and namedrop Schulze (“featuring Klaus Schulze”, “Produced by Klaus Schulze”).

“Wahnfried” is the only known alias of Klaus Schulze (albeit on the 1998 Tribute to Klaus Schulze album, among 10 other artists, Klaus Schulze contributed one track barely hidden behind the “Schulzendorfer Groove Orchester” pseudonym).