A letter from Jean-Michel Jarre

“Letter To My Younger Self”

My success was so big and violent, it was almost abstract.

In this letter, synth genius Jean-Michel Jarre talks the Paris riots in 1968, why his stage shows set the template for electronic bands to come and dealing with fame in a “Letter To My Younger Self”. 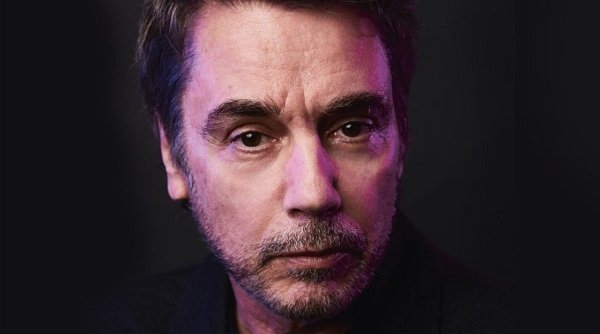 When I was 16, I was already very excited by music

I was playing in a rock band and I was having a lot of fun experimenting with strange sounds on the guitar and the keyboard. I was also watching a lot of films – I’d loved the Westerns coming from America when I was a child and then when I was a teenager, I went to see the films of people like Jean-Luc Godard. That was around the time of the student revolution in Paris; watching Godard was a way to rebel against what was happening in France at that time. 2001: A Space Odyssey was very important in my life as an artist and musician as well, very influential. I attended one screening and then I went to see it again every night for a week, seven times.

I had very few contacts with him in my life. It’s very strange and sad in a way – he was a composer and… we missed each other actually. For a teenager it’s very difficult… if you’re in open conflict with your dad you have someone to rebel against and that can be good. When you have nobody it’s like a black hole. It’s very difficult to go through it and I really suffered quite a lot about that. I carried a sense of melancholia because of his absence. This is the reason why I refused so many soundtracks because I saw that as my dad’s territory, and I didn’t want to be involved in it. It was sad and silly. 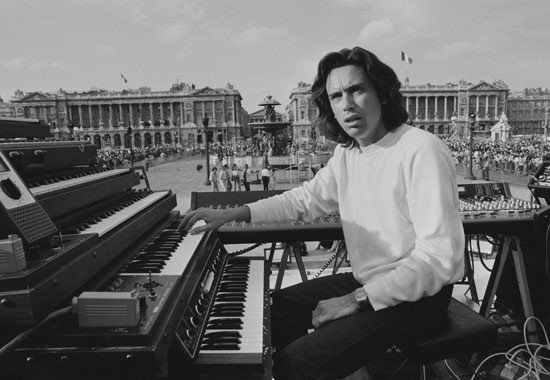 My mum was an extraordinary person

She was a great figure in the French Resistance, and she was in a deportation camp. She raised me with this idea that you should make a difference between ideology and the people, so for instance between the Nazis and the German people. That was not a common vision in those days. She taught me about having an independent mind, doing what I thought was right and fair. She was very fun and very open-minded, and I owe her a lot. I just heard last week my hometown of Leon has decided to give her name to a street. Of course, I’m very touched by that. She would say she doesn’t deserve it, but she does and I’m very proud. The style of music I was doing was so different that I was considered almost as an alien.

I was caught up in the middle of the student revolution

I went to university not to get a job, just to feed my curiosity. In Paris it was so hectic and chaotic that you could actually twist and hijack the system, and that was very interesting to me starting out my life as a musician. It gave me the idea to rebel against the establishment of classical music and even of rock music. Rock music, bands like The Beatles, had a very established format by then, and I was already experimenting with what were regarded as not real instruments. ‘What is this silly kind of noisy box?’ ‘What are you doing?’ Electronic music was really breaking down the barriers at that time. The musique concrète movement was revolutionary, saying, we don’t do notes based on the usual system. We go out and record the sound of the wind and the rain.

…and I was able to open doors on virgin territory; I didn’t have anybody behind me who had done the same thing. A young DJ starting now has 30 years of electronic music behind him. I had this mixture of innocence and audacity, just experimenting, not thinking of doing it for a living, just motivated by passion, by addiction. All my early music, including Oxygène [1976], was rejected by music companies who said,

What is this music? He has no drummer, he has no singer, this track lasts 10 minutes, it’s not formatted for radio… and from an Anglo-Saxon point of view, on top of all of that, he’s French!

So it was quite a challenge. Of course, after the huge success of Oxygène [the breakthrough third album sold around 12 million] the people forgot all that and they all said, of course it was easy for him. I’m telling you; it was not easy.

In 1979, Jarre’s Place de la Concorde show broke records when he performed to an audience of more than a million; he went on to break that record a number of times.

This was very strange because when I was a child, I had claustrophobia, and a real problem with crowds. I had no plans for that kind of concert, but I realized early on that electronic instruments, unlike the electric guitar or the violin, were not created for being played on stage. Standing behind a synthesizer is not the sexiest thing in the world. So, I had to invent a language of performing electronic music on stage. That meant huge projections and slides on buildings, playing outdoors, using light and lasers. That was a new idea when I started but it became a kind of standard for electronic and rock bands. 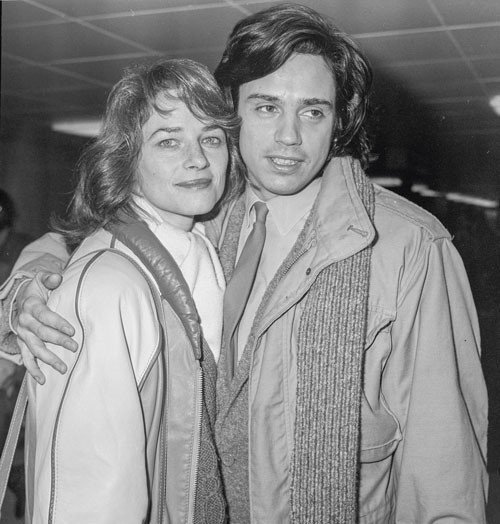 When I had success it was so violent…

…and so big it was almost abstract, like it was happening to someone else. The style of music I was doing was so different that I was considered almost as an alien. In a way that gave me a distance that helped me deal with it. No one from France had done anything like that. People like Johnny Hallyday were well known in France but not internationally. So that put me in a special situation. I have always been very special. Everything in my life has been unusual.

Of course it was quite glamorous sometimes

Especially in the Eighties, with these gigantic concerts and huge fame. And of course, it makes family life a challenge. I tried to protect my children and I hope I succeeded, but that does affect your private life. You make a lot of new friends, but they are not really your friends, the kind who remain and stay in your life no matter what happens. Fame doesn’t really change anything, but it creates a lot of fake friends. 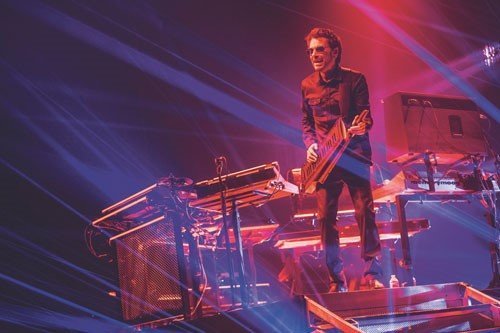 Now I think, we only have one father and one mother and no matter what they have done to you, you have to accept it and stop questioning it and stop suffering. He probably had a handicap in his heart which came from his own parents. I understand that. And he was not able to express love. That was sad for him. When he passed away, I stood in front of his dead body and said, OK I forgive you. And I said something which came out of the blue – I said, forgive me for not being able to be loved by you. This idea, of asking forgiveness from someone who has hurt you, it’s a very good process. I felt much better after that.