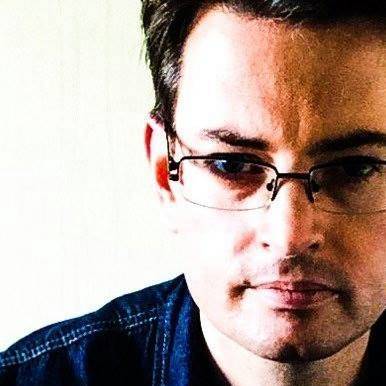 From the album “Back Into The Light”:

About The Light Dreams

…in space, alongside the science fiction which inspires them, allow the imagination to explore the depths of what may be possible – sometimes dwelling in areas of pure fantasy. And music has long been a medium which lends itself well to attempts to gain a meaningful impression of such wonders.

Since he started to independently produce electronic music under the name of The Light Dreams in 2006, Alex Storer has applied his fertile imagination to travelling through these complex areas, and we can all delight in the outcome when trying to comprehend what the future may hold.

His inspirations lie with some of the great musicians of the recent past, in particular Jean-Michel Jarre and Mike Oldfield. Their experimental albums such as Oxygène and Tubular Bells changed our perception of musical style, and Alex has drawn on such influences to build and develop his own approach, beginning with his album Into the Light which gave us our first view of his musical concept of other worlds.

…David Bowie and Peter Gabriel have also had an impact on Alex’s music. They, along with the electronic music of Gary Numan or John Foxx, can provide a sense of looking beyond our everyday existence, which is what Alex achieves in his albums – Future Worlds and its later reworking as Future Worlds Redux, for example, take us to planets orbiting distant stars through a fusion of electronic and orchestral styles.

His evocations of travel through the cosmos fully justified Alex’s appointment as honorary musician for the Initiative for Interstellar Studies in 2012, and he has continued to produce albums, such as Panorama in 2015, with its farsighted objectives in mind. But he has also branched out into other, sometimes more disturbing areas.

…Sentient City explores sensations of life in the urban environment – the negatives as well as the positives – whereas Traces, and more recently Dark Corners takes us into realms of the mind which evoke images that some might not wish to face. And Remnants from a Lost Time comprises an entirely new scope of abstract music which allows us to give full rein to our feelings about the world around us.

Alex’s creativity, expressed so vividly through such work, gives us a flavour of the vision and emotion that come from the widest range of conjectures – from speculating about the future to probing the depths of human consciousness. The human imagination seems endless, and his music moves us along the path to discovering its limits…if any.

Introduction by Richard Hayes on www.thelightdream.net

All links to The Light Dreams’ media