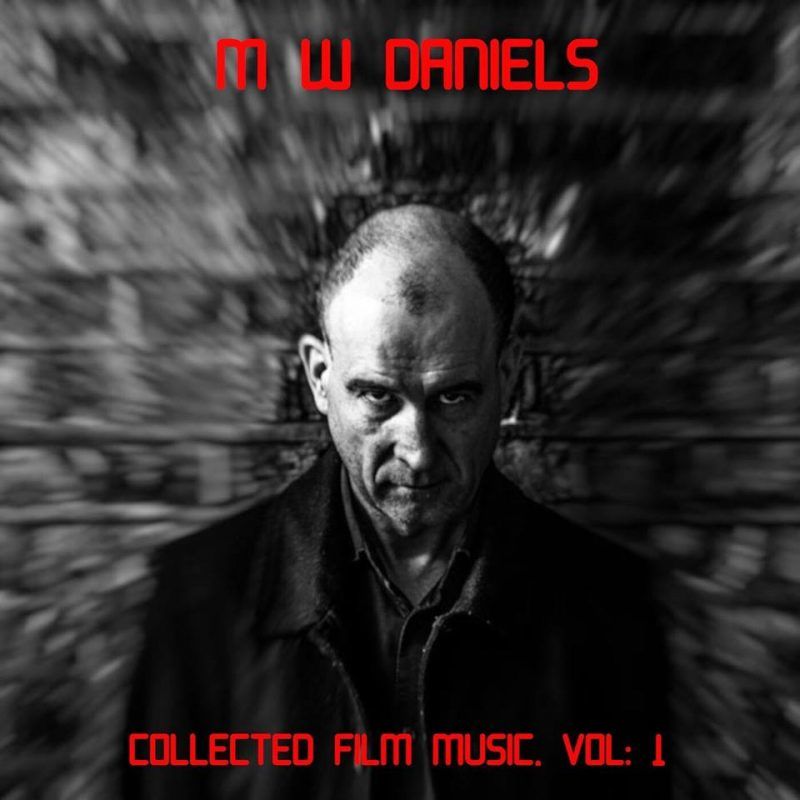 1. Rosie Comes Back To Janey
2. Bedroom Scene
3. Kate In The Park
4. Love At The Fairground

M W Daniels is a composer…

…filmmaker and multi-instrumentalist and vocalist from London, England. He cut his teeth early on in the mid-1980s playing drums for various hardcore punk and metal bands. Also, he developed a drum style that was to go on to influence many other drummers. His unique hard hitting, lighting fast blast beats and immense groove were a focal point especially in the live setting. They named him the fastest drummer around in an online poll in 2005, with one of his feet playing a bass drum pedal at 420 bpm. As a result, they called him “the machine” and “inhuman”.

He started playing synths and piano in late 1995 and started his long running extreme power electronic project ‘Survivalist’ which went on to gain cult status. Italian and Australian labels released various albums, that furthered his cult appeal. In 2014 he recorded his first film soundtrack for the film Blue Noon (now renamed ‘Tearful Surrender’) and he released it as a double album on his own ‘Bleakscape’ label. Furthermore, he also makes various short films which he works on with his friend Nicolai Kornum. Some of which are released on DVD on Bleakscape and some others that are used in other places.

…Pink Dolphin music in the spring of 2018 who issued a collection of some of his film scores entitled ‘Collected Film Music, Vol.1’, which was released in the summer of 2018. The album had a glowing review in Record Collector Magazine and was played on the Jonny Trunk’s resonance FM’s Ost show. Jonny Trunk also championed the album. Although it’s an online album Daniels has stated that he will issue it on Bleakscape in 2019, as a strictly limited edition of 100 CDs with 1 extra track.

Pink Dolphin also plans to issue ‘Collected Film Music, Vol.2’ and a full film soundtrack of Daniels’ in 2019. Celebrity fans of his work include David Tibet, Marissa Nadler, world snooker champion Steve Davis, Jonny Trunk, amongst others. He continues to go from strength to strength with his unique playing style and unique films. Always pushing onto new realms and always pushing the boundaries and challenging his audience. An album of vocal pieces, 2 film soundtrack albums and a very commercial pop album are in the works.