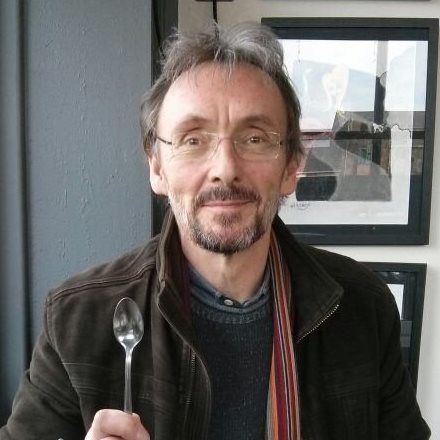 From the album “Universal”:

From the album “Submerge”:

Mark has a background in fine art from which he draws inspiration for his music as well as from literature, nature and meditation. He learned to play guitar starting at the age of 14 and continued until he realised the wide range of possibilities afforded by electronic music production.

He had little success with Cubase. It was only with his discovery of Ableton Live that in 2013 that he found a way of working that suited him. He now uses soft-synths, processed guitar, field recordings along with midi keyboards and controllers.

Probably the first electronic band that caught his ear was Tangerine Dream in the 1970s. More recently he enjoys the music of Loscil, Advanced Dreams, Doyeq and very recently Murkok.

All but Loscil are from Russia for no apparent reason he can fathom. Perhaps because they all have a deep, minimal ambient approach which is similar to his own.

Mark’s music is mostly Creative Commons licensed and free to download. Donations are appreciated but if someone can’t afford to pay, Mark friendly asks that he or she shares what was downloaded. You can download most of his work from Bandcamp.

All links to Mark Ward´s media