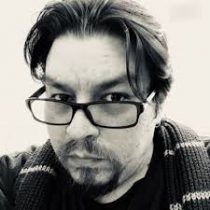 From the album “Xenophilia”:

James Reyna is Melodywhore. He began around the year 2000 and was spurred by some drastic changes in his writing methods. This was caused by a financial need to sell music gear. Therefore, he moved from a hardware set up to a computer based set up, using loops and one shots. This evolved into using a more conventional DAW and to where he is today, still computer-based creation.

Melodywhore spins his own weekly radio show, and he is currently working on releasing an EP. Also, he´s partaking in a new electro industrial collaboration between Cyber Shaman and Voxlucis, under the name Corpsegrindr.

All links to Melodywhore´s media