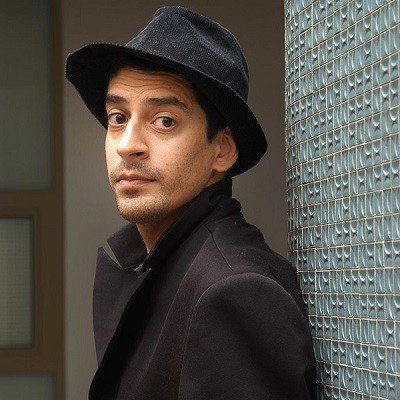 From the album “Long Winter Of My Discontent”:

…is a Mexican singer-songwriter, electronic/pop music producer and actor, active since 1994. Since 1997, a principal focus of his studies and research as a singer-songwriter has been the application of electronic instruments in pop music composition.

In November 2006, he was part of “SCORE.edu: First European Forum for Music Education in Film, TV & Digital Media”, at the International Centre for Culture & Management in Salzburg, Austria. Digital Audio Editing works include: sound design for various films, documentary audio restoration for the Laboratory of Social Habitat, Gender and Participation department of the University of Barcelona, and other commercial clients and private institutions.

Since 2010, Minuit De Lacroix has been traveling to cities in Central Europe, Mexico and the USA to present his live minimal techno act: MDL. Most recently, he has also been to Tbilisi, Georgia, at the crossroads of Western Asia and Eastern Europe. As an endorser for Korg Spain, he has done a series of mentorship discussions and product analysis activities in Barcelona / Madrid.

Other conversations about music…

…where Minuit De Lacroix has participated:

During this time, he has developed and imparted a basic tutorial in Belgium, France, Germany and Hungary, for young and young at heart music enthusiasts. Its title is: “Analogue synthesizers and music sequencers 101”. For Mexico and Spain its title is: “Las ondas sonoras”.

This masterclass covers the fundamentals of sound theory and electronic music hardware operation with practical terms that can be understood by entry level users through careful and clear presentation of the synthesizer functions that shape sound waves. It also provides the basic information for operating any electronic music sequencer and offers one-on-one supervision.

As an actor, Minuit De Lacroix has recorded his voice for multiple projects. Also, he participated in various films, including a significant role as the faceless French Lieutenant in Peter Weir’s “Master and Commander: The Far Side Of The World”.