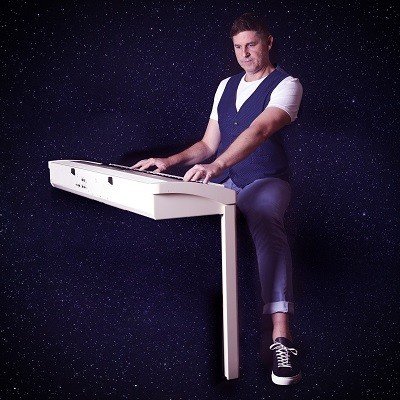 Montesque brings the unfamiliar to the familiar. The intersection between bubbles and melancholy; Montesque is waiting for you. Montesque (pronounced ‘mont-es-skew’) is a Euro-Australasian composer and music collaborator, specializing in synthpop, synthwave and ambient, sometimes brooding tracks.

His first single “Loop” is definitely retro in compositional elements (most notably the ‘outro’ concept). The track is like someone threw ABBA, Daft Punk and Keane in a blender. Each new track will fuse the old and the new in interesting ways. “It’s Like a Telephone Singing” is a genre bender/blender fusing funk with classical elements and vaporwave, downtempo.

The track ”Darkstone”, released November 2018, is a synth infused ‘requiem’ which poses the question: “What would your life’s curtain call sound like?” It is inspired by the mood and atmosphere created by David Lynch’s cinematic world and could be ‘Twin Peaks meets Beethoven’.

Also, Montesque is open for collaboration on tracks in development, especially for semi or professional vocalists.

All links to Montesque´s media