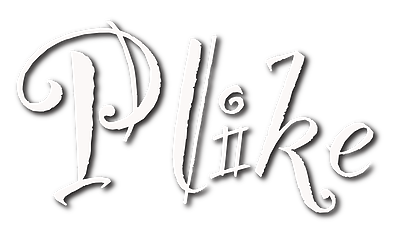 Plike is the brainchild of Mad Madam Em, an electronic music producer/composer hailing from Champaign, Illinois. The sound of Plike is at once hauntingly beautiful and disturbingly dark. It has an eccentric layering of natural, organic sounds against heavy digital elements.

Em began her musical journey in 2003, playing bass for the San Diego based industrial / electro band Bishop Buzzkill. In 2005, she began to experiment with keys, synths, drum programming and vocal sequencing. She fell quickly in love with electronic music production and music composition. In early 2014, Plike was born, and the following November Em released her debut solo album, 47th Helen.

Em initially named the project “P’like” as a contraction for “pretend like”. But on releasing the project’s second EP, Empathetic Apathy, she decided to remove the apostrophe. As a result, the current project name is simply “Plike”. 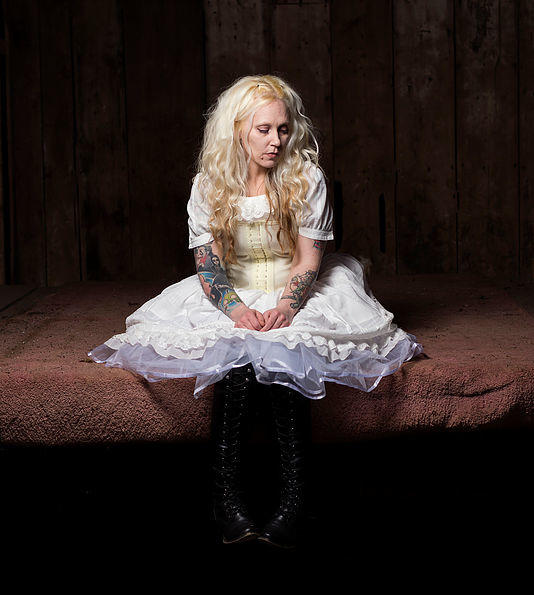 Em’s debut album, 47th Helen, tells the story of Helen, a woman whose psyche has fractured due to painful traumas in her past. Confined to a psychiatric hospital, Helen’s different personalities tell of her struggles with depression, addiction, fear, and self-doubt. The inspiration for the album’s concept was born from Em’s own struggle with Post Traumatic Stress Disorder. This is a condition that is estimated to affect 8% of Americans, or 24.4 million people, in the United States alone.

When Em began production on Plike’s second EP, Empathetic Apathy, former Bishop Buzzkill bandmate and fellow electronic music producer ASH joined Em to collaborate on two new brand new Plike tracks, “Tripped Script” and “Lessons in Futility”. Empathetic Apathy incorporates a variety of musical styles, a few of which include trap, witch house, and trip hop, as well as elements from genres such as dubstep and drum & bass. Em’s signature childlike toy pianos, cinematic strings and ethereal vocal sampling, entertwine with ASH’s expert synthesis engineering and sequencing to form a strangely hypnotic dance of light and shadow. While Empathetic Apathy is not a conceptual album in the same vein as 47th Helen, it paints a vivid picture of many of the struggles we face living in modern day society. These struggles are touching on topics such as female inequality and America’s deeply embedded fear of nuclear war.

The inspiration for Plike’s third EP, Empty Mirrors, came from Em’s lifelong fascination with paranormal phenomena. Hence, this conceptual EP seeks to explore the world of the unseen and the unexplainable; a world of haunted houses, bricked up rooms, and the ghost stories we grow up hearing as children. Each track atmospherically embraces the things that frighten us, mesmerize us, and fill us with a sense of childlike wonder.

Plike’s fourth album, Red Queen, White Queen, is a journey into the darkest shadows of the human psyche. It attempts to explore our deepest inner conflicts. Conflicts such as societal pressure to conform, while at the same time shining a bright light on the stigma that surrounds those who suffer from mental illness and the damage that it causes. Damage such as suicidal ideation and dissociation. Em’s longtime collaborator ASH worked with Em on the album’s final track, “Headroom”.

Plike’s fifth EP, Bending Spoons, is a poignant menagerie of dark lullabies. Em’s most personal release to date, Bending Spoons seeks to understand the complex psychological damage of traumatic experiences that lead to a fractured sense of self. Em and ASH worked together to produce the album’s final track, “Archangel”. Both hauntingly beautiful and intensely disturbing, director David Lynch’s description of his film Fire Walk With Me as “cherry pie wrapped in barbed wire” is a perfect summation of this emotionally raw and richly atmospheric EP.

Finally, Plike’s newest release, Dark Room, is an ominous, profoundly cinematic exploration of some of the darkest moments in human history. The inspiration for this deeply conceptual EP was born from Em’s love of the popular Netflix series, Stranger Things. This series inspired her to begin researching unethical experimentation projects on innocent human beings in real life. Disturbed and horrified by what she found, Em set out to tell the stories of five such experimentation projects through music. There’s the infamous Holmesburg Prison experiments and the appalling Monster Study conducted in 1939. Also, project MKUltra, also known as the CIA mind control program. There’s and the abhorrent Project Bluebird experiments in which psychiatrists deliberately created multiple personalities within the minds of their vulnerable patients. Finally, there’s the Soviet secret services poison experiments of Laboratory 12, alternatively known as Kamera, which means “The Cell” in Russian.

While in the early stages of producing 47th Helen, Em realized that a singular female vocalist would be essential to the album in order to effectively portray the voice of the protagonist. Therefore, after an extensive search, the uniquely prominent vocal stylings of VEELA, courtesy of Black Octopus Sound, were chosen to maintain the album’s consistent theme. Also, VEELA’s ethereal vocals were used in the creation of Empathetic Apathy and Empty Mirrors. Red Queen, White Queen features Scottish vocalist Holly Drummond, as well as the breathtaking vocalizations of world-renowned vocalist Francesca Genco. Plike’s fifth EP, Bending Spoons, features the hypnotic vocalizations of Zara Taylor and soprano Linda Strawberry.

The Mad Madam is currently back in the studio. She is dividing her time between crafting sound design and composing music for the upcoming independent video game, Momo Ichigo. Also, she is collaborating on new projects with some of her favorite artists, and designing the sound of Plike’s seventh album. She plans to release her new album in the winter of 2018. Stay tuned for news and updates, or visit the Contact page to sign up for Plike’s newsletter!

The music of Plike was played in Brainvoyager’s radio show Electronic Fusion a couple of times, although the last time was quite a while ago. Keep an eye on this radio show from now on since Plike will emerge in its playlists soon…

All links to Plike’s media