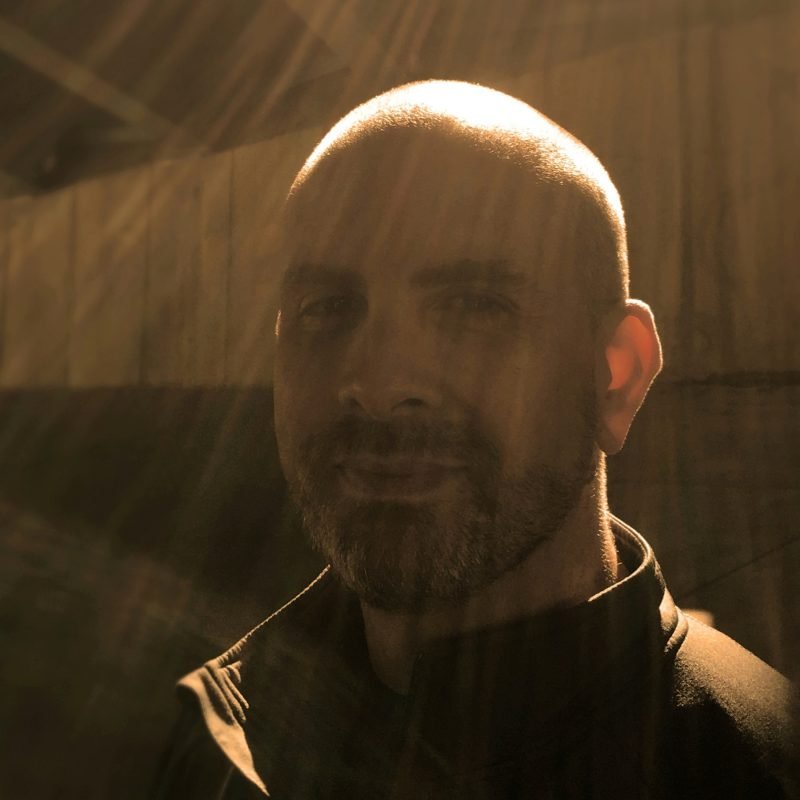 …Milwaukee-based composer, vocalist, and multi-instrumentalist Releaux wrote 23 words that would ultimately convince him to walk away from a successful corporate career and focus full-time on music:

It’s only time, time separating us
I wonder why as I gather dust
And the lights all spin while my life grows thin…

“Initially, The Lights was just another song I’d written after work,” he says, “but as I continued to reflect on the lyrics, I realized I was telling myself it was time for a major change. Time is the only thing we truly have in the world and I was no longer happy with how I was spending mine.”

Releaux moved to Milwaukee at the beginning of 2017 to begin work on his debut album, 42403. A self-described geek from an early age, he drew inspiration from the dramatic advancement of technology during his lifetime. The title track channels cold-war spy-craft and mysterious “numbers stations” into a cryptic puzzle. Other tracks reference software development, networking, electronics, vintage computing, gaming, and even a nod to homicidal artificial intelligences like HAL and GLaDOS.

…through moody, bass-heavy ambient techno, Berlin school washes and precision, and sweeping film score soundscapes including Tyrell’s Balcony, an homage to the original Blade Runner soundtrack. Twin contemplative ballads introspectively examine the personal fears that keep so many creative dreams from reaching a wider audience, and the ironic isolation our increasingly connected world has engendered.

Born to two professional musicians, Releaux enjoyed immersive exposure to nearly all genres of music from an early age. A timely introduction to the pioneering sounds of vanguard electronic artists (including Wendy Carlos, Vangelis, Jean-Michel Jarre, Tomita, and Kraftwerk) led to fascination with synthesis and finding new expressive possibilities not only through music composition, but within the textures of sounds themselves.

In the 90s, Releaux worked nights and weekends as a club DJ and “live remixer” developing a deep love of house, techno, funk, and electronica. Following an after-hours introduction to The Orb, he developed a passion for the free-form sonic vocabulary possible in ambient music. Finding deviation from traditional song structure liberating, he began writing a great deal of music that was contemporary ambient in approach, while calling back to the more structured progressive electronic of the 70s and 80s.

It would take another…

…twenty years to release his first album, a delay he attributes to risk-aversion. “I had big creative ideas, and was recording a great deal of music, but couldn’t seem to leave the safe path. I stayed at my day job, got an MBA, kept doing the ‘right thing,’ and I was good at it. But I recognized that I wasn’t fulfilled and needed to shake things up – this is my version of moving to a different country to learn a new language.”

“42403 is full of both fear and wonder,” he continues. “We live in the most amazing time humanity has ever known. There are things to be concerned about, certainly, but also so much to look forward to. If we never take the risky step, we’ll never know what we might achieve.”

While he doesn’t rule out a return to the corporate world, Releaux is focused squarely on producing music, with a second album already in the works.

“I didn’t burn a bridge,” he says, “I built a boat to see where the river goes.”

All links to Releaux’ media