Ambient Highways – Released on label Other Worlds Than These

Ambient Highways of Keith Richie is a constellation of songs that range from a dark cosmic feeling to an exuberant state which pulls the listener through these emotions crescendoing with the album’s key track Keeping the Dream Alive. Take a cinematic ride on the long, long road to Thule and hear the Ptilopteri whirling together in triplet time, and pass by places where sometimes angels weep, on a route that is emerging from the darkness and taking form constantly, filled with steady lights and throbbing streams of energy.

1. About the album Ambient Highways

Electronic instrumental science-fiction cinematic soundscapes from other worlds, full of heroic processions, melodic and consistently moderate in tempo, mostly quiet with moments of strength, and brimming with imaginative and futuristic concepts such as advanced science and technology, space exploration, time travel, parallel universes, and extraterrestrial life. Keith Richie is a guy born in a small town who has always loved science fiction and now he gets to make things happen. He who controls the music controls the universe.

Space travel requires a certain kindred sense of wonder that is zealous enough to keep on trying in the face of the infinite void, truly the most valuable trait for surviving in deep space is persistence. One of Richie’s favorite authors, Octavia E. Butler, was famously attracted to science fiction because it was so wide open. She was able to do anything and there were no walls to hem her in and there was no human condition that she was stopped from examining. That kindred spirit can also be sensed in these 12 tracks available on vinyl, CD and in digital formats. 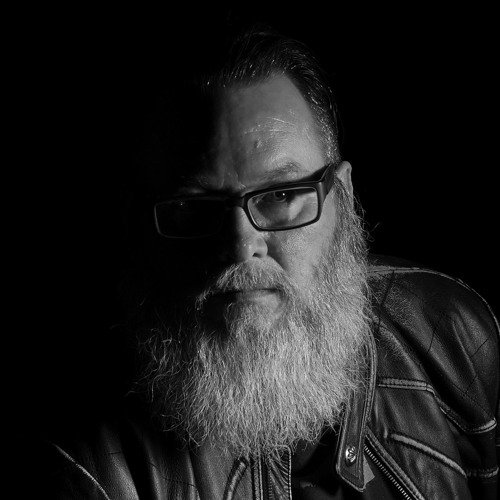 …slow mysterious signals are dancing like snowflakes seen from an extremely long distance. Neutrinos typically pass-through normal matter unimpeded and undetected. For each neutrino, there also exists a corresponding antiparticle, called an antineutrino, the mass of the neutrino is much smaller than that of the other known elementary particles. “Neutrino” (7:36) asserts our awareness that we are already in space. We will be in space. We are building from the smallest particles to create our infinity.

Beginning as a tone poem parable, dreamy and slowly finding its way, building gradually, staying calm and serene all throughout. Thus, unfolds the second track, “V Feeling” (5:45). Thinkers may be seen as cold and heartless by Feelers. Feelers may be seen as unreliable and emotional by Thinkers. Octavia E. Butler, in her Parable of the Sower, reminds us that “All that you touch You Change. All that you Change Changes you. The only lasting truth Is Change.”

Sometimes the mystery has no explanation, such as when the offspring does not resemble its parents. Could there have been a foreign origin or source? That is the mystery, and each life creates endless ripples. “Xenogenesis” (6:25) begins with the electronic sound of veils or layers, each of which slowly fade to reveal new details, cycling through patterns which had its beginnings in ancient times.

The objective of this writer is…

…to determine whether electronic sounds and chillout highways significantly influence ambient concentrations of melancholy feelings, ultimately leading to an inspired state, while passively observing the seemingly unaffected hydrogen ions left behind to float around freely. This road is constantly filled with steady lights and throbbing streams of energy. The title track, “Ambient Highways” (6:49) is a story never about the destination, this story is all about the journey itself.

The Weeping Angels are a dangerous race of predatory creatures from the long-running science fiction series Doctor Who. According to the strange Doctor, the Weeping Angels “are as old as the universe (or very nearly), but no one quite knows where they come from.” I am hearing dark slow winds and harp patterns with strings, hidden breaths and sighs, and for my own survival I am remembering the Bene Gesserit Litany Against Fear. “Weeping Angels” (6:53), is the sound of uncoiling sadness through a dark hall of mirrors.

As a dream symbol…

…the Ptilopteri may represent feelings of being burdened by unwanted emotions, concrete thinking, lethargy, and a need to achieve balance. As an Alternate-Reality Supervillain, the symbolic Ptilopteri presence sometimes is said to indicate that your problems are probably not as serious as you may think them to be. Ptilopteri are highly gregarious, often locating each other by means of their braying cry, and they swim through arctic waters by means of their flipper-like wings, using their webbed feet as rudders as they search for fish, squid, and shrimp. This track has a big screen feeling, imagine the entire Ptilopteri colony assembled in the arctic twilight, with the soundtrack “Faith’s Song (Ptilopteri Waltz)” (5:21). As seen from above, they are whirling together in spirals and loops, dancing ceremonially, wholeheartedly lost in the moment, moving in triple time, while harp patterns and layers of shimmering electronic strings fill the darkness.

It came from a black hole and landed somewhere in the Arctic regions. Arctic exploration has motivated some of the most persistent of scientists and speculative dreamers. They often come to their doom, stranded in remote frozen landscapes lost in wind and ice. The track begins with the sounds of waves breaking, “Arctic Shores” (6:34) in the darkness hear frosty synthesizer woodwinds as they hover over the darkest desolation.

Awakening from the darkness, “Dew from the Mourning Star” (5:08) comes offering an uplifting from out of the depths, progressing through changing patterns, expanding to a richer and colorful soundscape, melodic and harmonically pleasing, plucked tones with piano and strings weaving overhead.

“The night is a tunnel…

… a hole into tomorrow.” These are the words of Frank Herbert from his epic work Dune. “Keeping the Dream Alive” (5:09) brings to my mind the sounds of a harp and piano with an ethereal crown, providing uplifting and sustaining melodies, building and soaring, this is the key track to Ambient Highways, fulfilling the promise held hidden during the darkness of the prologue territories.

Poseidon is the Greek name, and Neptune is the Roman name for the chthonic god of all waters, presiding over the realms of heaven as well as the underworld, the horseman of the sea. “Neptune’s Awakening” (4:32). The beginning brings a distant continuous eternal roar of the surf, followed by a triumphant rolling procession with powerful beats. A hero takes measure of the forces around, the new empire is emerging from the darkness and taking form, “Distant Visions” (6:51).

The final track, “Ultima Thule” (8:00) has a rich mixture of textures, bringing to mind travel to the farthest of all, which are known and spoken of. Thule is an ancient word for any distant place located beyond the borders of the known world, a place where they often say that no one has journeyed this far before, the ultimate destination. Polybius in his collection titled Histories (c. 140 BC), Book XXXIV, cites Pytheas, “Thule, those regions in which there was no longer any proper land nor sea nor air, but a sort of mixture of all three of the consistency of a jellyfish in which one can neither walk nor sail.”

Richie’s studio favorites include a Native Instruments S88 controller and mostly Virtual instruments. His philosophy has always been to pick the right tool for the job. His studio is a refuge for the spirits of lonely pioneers in a world of critical doubters who are too often bewildered by the term “science fiction.”

He has been releasing his soundtrack-type listening experiences beginning in 2006 with The Maestoso Interstellar Suite, which contains a continuous piece of space music split across 6 movements. He reprised the album in 2016 as The Maestoso Interstellar Suite 10 Year Anniversary Edition and its Sister album Singularities – Music from The Maestoso Interstellar Suite, a space music epic. Other titles: La Famille Du Solénoïde (2008), which is a musical tour through our solar system, inspired by the book The Planets by Dava Sobel. For the Willow Wept… (2012), a collection of soothing electronic music about those once lost and those found. In 2014 came March of the Inanimate, an homage to the classic horror movie soundtracks produced by John Carpenter and Alan Howarth who co-wrote the music to classics such as Halloween and numerous others.

2016 was a productive time, Skylines, Mister Stichs, and March of the Inanimate: Repossessed, an enhanced, extended version of the original masterpiece. More recently, Gunslinger – A Journey to The Dark Tower in Music: Volume 1, which is his first album of a series based on The Dark Tower books by Stephen King, Pillars in Time, a SharePoint community dedicated album and Songs from the Wounded Heart, a sad sound, a great primer into some of his more ethereal and ambient works.

4. Where to buy Ambient Highways?

You can buy the album Ambient Highways on Other Worlds Than These Music and via this portal with other buying links. The tracks V Feeling and Neptune’s Awakening are both available now as singles.