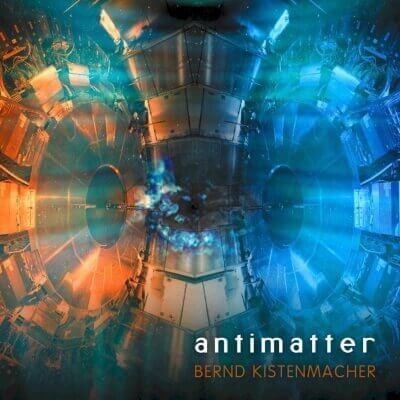 When Bernd Kistenmacher took up with its synths in 2009, he undertook a trilogy cycle that he will call the Trilogy of the Universe. Celestial Movements being an ode for stars and Beyond The Deep a reflection on the Genesis, Antimatter loops the loop with as music theme the reproduction of Big Bang in laboratory and by the fact the foundations of our existence. These 3 albums of Bernd Kistenmacher are bound by a symphonic and electronic fusion where the German synthesist redefines the borders of EM by composing a superb electronic symphony. There where Berlin School has as root only its minimalism approach and its creative synth solos, while the melody and its ethereal layers of mist which cover the beginnings feed the greed of the monstrous orchestrations and its perpetual crescendo. Composed in 1 long piece segmented in 12 segments, Antimatter begins as it ends: with a fine musical source of energy which is going to captivate our interest for the 75 delicious minutes to come.

Alternative waves, a little as oblong electronic beeps, roll such as waves on nothingness’ back. They amass dusts of antimatters and they sculpture the orchestral beginnings of “Rising” which arises from the emptiness of “Preparations” to waltz weakly in the abysses of the cosmos. There where glaucous reverberations flirt with sumptuous momentums of violin of which the curt hits of bows introduce “Caverns of Knowledge”. Slowly Antimatter confronts its melodies with the torments of its structures. If the cellos’ riffs from “Caverns of Knowledge” are hard and hatched, the melodic synth breezes, the fragile chords to tones of guitars and the crowd of violins of silk which sing beneath the repetitive knocks of the stubborn cellos testifies of this nuance and this balance between the fragility of both extremes.

After a small “Injection” of colourful electronic tones and crisscrossed orchestrations, “Acceleration” begins the first sequenced rhythms of Antimatter. Twinkling and hopping sequences are hooking to the deaf pulsations which amplify their tones under the guise of threatening synth strata. The rhythm binds itself to the strings of cellos ploughed with strength, multiplying tenfold the fury of “Acceleration” which becomes pierced by violined orchestrations while sequences strum very discreetly a tempo which decreases its intensity to let piano notes roam in a brief meditative passage. But the strokes of the bows see to their rhythmic structure. Tearing the oniric approach, they hammer the quixotic strings with passion scarpering the plains of imagination in a surprising crescendo of passion and emotion where the breaths of horns oversize the melodious philharmonic structure of “Acceleration” which ends its orchestral ride in a sumptuous cinematographic finale. This is some great musical art here! The romantic piano of Kistenmacher returns haunting our emotions with the very beautiful “Filling the Emptiness” and its hesitating notes which stroll in a melancholic ethereal mist. A fine melody emerges from it, rocking both our dreams and transporting our feelings but also raising a guiding harmonious line which overflows on the 2nd portion of Antimatter.

With its deaf pulsations which resound around tinkled sequences and the harmonic vestiges of “Filling the Emptiness”, “They Call it Soup!” espouses the same introductory line as “Acceleration”. The sleeping rhythm wakes up little by little to burst with violent orchestral jolts, freeing splendid synth solos which overhang a stubborn rhythm. Piano notes are unfurling on this hatched minimalism approach, pounded by a set of sequenced keys which beat on the same pace, while superb synth solos with more philharmonic tones surround this rhythm which fades little by little in the forgetting before being completely lost in the laboratories of LHC (Large Hadron Collider). “On The Shoulders of ATLAS” is the jewel of Antimatter. Uncertain notes of a melancholic piano trace the introduction. They draw a beautiful melody which resounds in our ears and which clears itself a road up to the soul as the violins and the cellos are supporting its fragility. The strokes of the bows which follow an d this kind of tremolos which get free of it crush the listening and paralyze our judgment so much it is beautiful. And suddenly, we toggle in the depths of our feelings with this propensity that Kistenmacher has to juxtapose his orchestral ornaments and these discreet vocalizes in an immense emotional painting where everything becomes confused and nothing else affects the reason. And “On The Shoulders of ATLAS” to progress in a wonderful crescendo, allying this cinematographic approach and this influence of Kistenmacher for Vangelis which encircles Antimatter and which cements all of its beauty.

“What’s the Matter?” pulls us in the mazes of the antimatter with synth layers which enlace and merge in a slow waltz without movement. A fine pulsation pierces the silence of immobilism. Its flow adds quite another dimension to “What’s the Matter?” which becomes as musical as mysterious with synth waves which coo of tones as spectral as shrill, before being lost in the curt and violent hat ching of the fanciful cellos of “It Doesn’ t Matter”, whose increasing rhythm is rocked into suave synth solos. And it’s from this evolutionary rhythm that arises “Large Hadron Collider”. A rhythm molded in the brisk and brief orchestrations, accompanied by notes of piano and over towered by synth solos and where sequences alternate subtly their strikings and draw a nervous rhythmic which go astray in the ethereal mists and romantic notes of piano, displaying the perpetual duality of the rhythms, the ambiances and the melodies which surround Antimatter. “Where Is Higgs?” concludes Antimatter with a solitary melody played on an electric piano with tones which sound vaguely like a harpsichord. Bernd Kistenmacher reigns in as a solitary master over his trilogy’s finale where nothing gets lost or builds up itself but where everything is of beauty and everything ends like that begun.

Superb! Antimatter is a wonderful album which listens to it as we read a tale or a book of poetry. Throughout its discovery we go deep into the imaginary of Bernd Kistenmacher and its feelings. It’s a powerful album which merges marvellously the electronic and philharmonic approaches as well as the poetic and harmonic aspects. If that would be Vangelis who would have composed Antimatter one would shout to the genius and would vote this album the Rite of Spring. Then, let us make as. Antimatter is a master-piece of contemporary music and it’s about time that we recognize the genius of Kistenmacher which has no equal to write music.