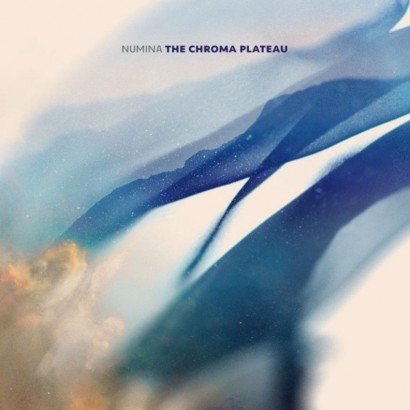 When ambient music is shaken by sequenced beats or perfumed of sibylline tones along with chthonian moods, you have here soundscapes that will never stop to grow your thirst of great ambient music.

…The Chroma Plateau is Numina’s 2nd album on Spotted Peccary. His album Broken Stars Through Brilliant Clouds, which he conceived and composed with Zero Ohms in 2015, was his 1st. Also, The Chroma Plateau is his 30th, more or less, since that Dreamsleep appeared on his own label in 2000. Always very comfortable in his dark ambient style, the stylist of the sounds from Colorado presents here a rather surprising album of ambient music. The influences of Steve Roach, Robert Rich and Byron Metcalf are obvious. Jesse Sola, the man behind Numina, proposes an album which plays on the roles, as cosmic, as ethereal and tribal, with an extraordinary dexterity. The Chroma Plateau is one of the rare albums of ambient music to have enchanted me so quickly.

The music increases the…

…level of seduction after every new listening. Produced by the label Spotted Peccary, this adventure is carefully presented in a gatefold artwork. And I was enthralled by this superb album of Numina of which the sound architecture is some pure art for my ears.

The explanation of my charm begins with hollow breezes and their translucent harmonies. They are sneaking through the cracks of caves, which open the ambient panorama of “Beaming up the Fossils”. This background of dark hummings is the backdrop of most of the titles of this album. Blades of synths are squeaking on a bed of rocks. The music has no ages, as much as these chthonian zones which flirt with the vestiges of humanity with misleading colors. The anfractuous darkness of the slow waltzing movements tries to isolate the brightness of the ambiences. These synth layers are very bewitching and hum the synth harmonies on an apocalypse-like evening, seen by Vangelis.

For an ambient music…

“Bringer of the Beings” has elements of celestial harmonies. They sound so much as those tonalities coming from the Serge Modular. The Serge Modular has uncountable possibilities, both at the level of the harmonies and of the ambient dimension. Here’s an awesome and intense title.

“Intergalactic Traveller” is a beautiful movement of a sequencer of which the crystal clear tones go along with more discreet shadows. They form a sculpture of a splendid ambient sequenced ritornello. Clouds of mist, and their beautiful secret impulses, secrete anesthetic drizzle all over these multiple spirals. The effects of sonic canon sparkle in vapors which are more and more buzzing. It’s here that I understood that I had a beautiful little jewel of tones between my hands.

“Where all the Creatures are Dreaming” is a little darker title with luminous streaks which make counterweight. These cracks draw bright effects and the winds. They push them, transform them into fascinating waves of strange singing scattered in this dense envelope of hollow breezes and of light drones.

“Mosaic of Whispers” is less…

…dark and proposes a musical approach which reflects very well the sense of its title. We really hear the sound to whisper in a clearly less tense musical mosaic. A nice title ideal for relaxation. “When the Sea Disappears from me” is in the same vein as “Intergalactic Traveller”. But it has a darker tint of the sequencer and a more ethereal envelope weaved around cosmic effects and layers of celestial voices. “Sky Descender” sneaks in this lot of 9 titles with an ambient tribal approach bound by riffs of guitar and by manual percussions of an aboriginal kind. The influences of Steve Roach and Robert Rich are omnipresent here. Very good!

“Living in the Clouds” is colossal with its procession of knockings which allows us to reach the clouds. Except that here they are slow and immobilized in their membranes of darkness. Let’s say that’s an intense title with its long circular drones which make us discover a carpet of sounds rich in effects of a parallel universe.

…this wonderful Numina album. The album ends with the same movement of the sequencer which spreads its shadows of charm here with a more vampiric movement. It’s love at first sight! And these fascinating voices which pearl with celestial singings through these curtains of drones are a real delight! The best in its kind this year.