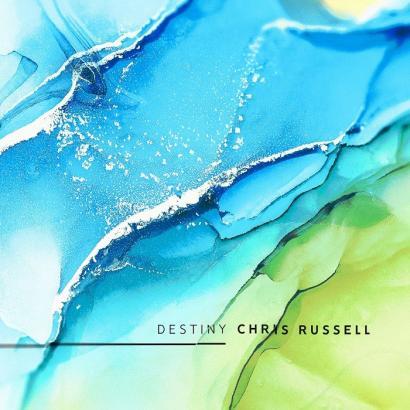 This new album has a very therapeutic feeling, calming and relaxing. It is designed to speak to the spiritual visionary’s out there. Listeners who enjoy Yoga and Meditation will enjoy the consistent mysterious and adventurous soundscapes that are never punctured by disruptive surprises or haunted in a sustained way by gloomy darkness. I hear granular ephemeral flurries which bring the times that mark the beginning of twilight before sunrise as clear and accessible as ever, I even dare to dream of an adaptive and profound mental and cultural sonic landscape that space aliens would like to listen to, riding in their UFOs. Listen and peer behind the veil, exploring other realities.

1. About the album Destiny

…mystical hissing, sounds of gigantic spaces, things happening in a strange world, never too crowded, there is always lots of room for what goes on. At the heart of each track you’ll find trillions of tiny bits of sound, or grains, and the craft involves manipulating each grain’s duration, pitch and so on, for awesome visualizations in your mind’s eye. It’s not often that you can come across such sonic particles of dust or sand that are being energetically lifted to great heights by a strong and turbulent wind, and then it all calms and you find yourself on a sunrise-gold beach. That is your privilege, listening to Destiny, as you gaze out at this shimmering flower on the horizon, huge over the sea.

If you visit the Bandcamp page of Chris Russell, you will find 48 titles on various labels, such as Spotted Peccary, Relaxed Machinery, Disturbed Earth, Void Music, Earth Mantra, Ambient Online, and Aatma. Most of these projects are solo albums but a great many are collaborative adventures as well as single track contributions to anthologies. His first ambient electronic album was released in 2009 and titled Aralu, which was made possible through his MySpace account. MySpace got him in touch with other ambient musicians and helped him get that first record deal on AtmoWorks. Lots of things have happened in those cerebral repositories and vaults leading up to his release of Destiny.

On one of his previous solo release…

…with Spotted Peccary, which is titled Echo, you can hear lots of surprises from sampled field recordings, sometimes there are melodic accents, usually there are strange buzzings, whistling things swirling about in the air above, all sorts of unusual but pleasant noises, and always nothing shocking or difficult to listen to or otherwise upset the sleepy neighborhood. There are few beats and no drums, just wide-open magic ear adventures created on his Sound Forge. Imagine a dream where you are travelling with some new friends in a UFO and you are showing them around your planet. On Destiny there are no sampled field recordings, just pure electronic awakening.

Recently I had the opportunity to talk about this work with the maestro himself, by telephone with a few email follow-ups. He shared some of his thoughts about his journey as a musician and his ten years of releasing his own music, a celebration of taking the creative path less traveled that he has found to be both challenging and rewarding.

”Destiny took a lot of creative restraint from me…

…I kept it on a path of free-flowing ambience, not too dark, not too strange, no hard left turns in the music. So, I am glad I challenged myself that way on this album. I feel it has paid off well for the listener.”

What you will hear is always changing, sometimes a strong dry wind blows over the desert that raises and carries along clouds of glittering sand or dust often so dense as to obscure the sun and momentarily reduce visibility almost to zero, then your perceptions are released to see a strange new world through over a billion pure eyes of light. Sometimes the sound is soft and cold, with white snow blowing above the ground like a thick fog blanket of tremendous height, the wind carrying the bitter snow past the singing frozen river, the stiff trees held with cold frost that melts into a dawn chorus of melodic electronic neobirdsongs drifting in, casting a rosy hue across the morning sky and golden fingers of sunlight that light up the scene. 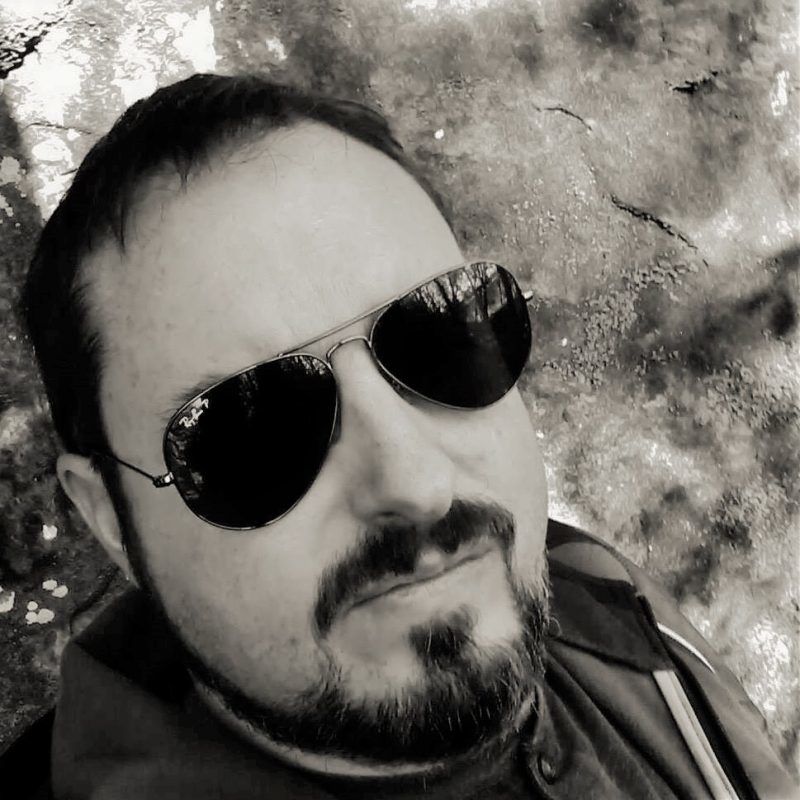 To begin this tripped light fantastic…

…the album opens with “Invitation“ (10:02), evoking an opening transformative soundscape, setting the stage for what is to come next, electronic textures without melodies. With electronics everything is possible, and the journey begins well.

Two roads diverge in a modern wood, the sky opens up above, inner space beckons below, we shall take “The Path Less Traveled“ (6:56) looking for a long time at the path going one way, then taking the other path, traveling through a landscape with slow textures and strange sounds unfolding in large reverberating chambers. I hear a subtly scary cinematic soundtrack, dark and lonely in places, perhaps a cathedral organ has been held on one note for all eternity and we are just discovering it now, things are happening in darkness and they might be dangerous, but this is clearly figurative, the interpretation of sound is noted for being complex and (like the road fork itself) potentially divergent.

As these supernatural electronic paths take us on its course we are put up against the surreal world of fate. Fate is the supposed force, principle, or power that predetermines events. No matter how much we attempt to look past fate, it will never flee. “Destiny“ (7:07) the title track, has a slow sustained feeling with sweeping tones and textures in a dark cave. I hear some kind of an unfolding process, building and uncoiling, huge purring creatures down below, lots of open area above, things circling way up there, off in the distance but possibly getting closer, drifting around and around but invisible.

…and poet Jean de La Fontaine once said that “A person often meets his destiny on the road he took to avoid it” which speaks of a mysterious inevitable circular return to what one was actually dodging. “Life Cycles“ (6:15) has a glowing, awakening pattern, with layers of sustained electronic chimes, building slowly. The song title makes me think there will be an overall circular motion but perhaps the sound just gains more altitude. Life is like that, things happen but sometimes the life cycles are imperceptible because we are too close, perhaps when seen from a distance the circular directions become more obvious.

These are the sounds of enlightenment, hidden knowledge, and healing. “Soul Nexus“ (9:52) brings to my mind a connected group or series of windstorms in which large quantities of sand are blown about in the air in varying proximity to the ground. The word nexus comes from the Latin nectere, to bind. Nexus can also mean the central and most important point or place. The sounds are sometimes fading, revealing sustained sheets of grains upon which textures slowly play and evolve, voices coming from the ocean, reverberations coming from hidden caves.

…is designed to start and end microscopically in the invisible light of sound, “Density of Light“ (6:36) helps to break us through the darkness, bringing rays of sound, representing the well-lit universe, building and layering, getting closer and bigger. Some strange noises emerge from above, then they fade back away, then visit again, like souls calling out. I think that this music is like some kind of magical dust in the wind, eventually returning to a drifting spring equinox of passion.

“Awoken“ (8:37) is the past tense of a word referring to the process of awakening, it has already happened, but for me somehow the dream state continues with hissing and reverberating tones and textures, hidden immense spaces echoing in the darkness, and towards the end there is lightening, as if the sun were beginning to dawn again.

Chris Russell has an adventurous approach to his unique art, he has many years of experience starting with his bass and keyboard playing in various touring rock bands such as Syntax Error, followed by about ten years of exploring electronic music in his bedroom, not being too serious. Working alone, painting new pictures with sound, diving deep and figuring out everything for himself, with no technical classes or training, no YouTube tutorials, for all those years he was just making mixed media collages come to life alone in his Sanctum Sanctorum until he had enough of a vocabulary developed to bring his music to our ears, and to occasionally reach out to other musicians to create collaboratively.

You can buy the album Destiny at the store of Spotted Peccary Music and Bandcamp.