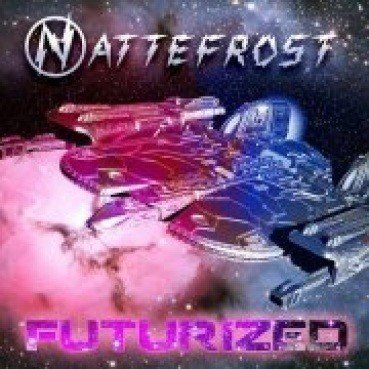 Futurized is a strong up-beat album sculptured in a futuristic vision which exceeds the enchantment.

Winds of Orion, and its quirky sounds, are dragging the cardiac pulsations of a beat at the dawn of its excitement which resounds in dusts of stars, while that the rhythm of Westhofen on Futurized has difficulty in finding its cruising speed. A stroboscopic line extricates itself from this indecision. It winds in its circular approach in order to follow some keyboard keys with a shade of voices and to bind itself to the muffled but steady pulsations. Curt and sharp bangs-bangs tremble in our ears and stamp a robotics rhythm. And Westhofen to vibrate upright with an approach a bit technoïd where the rhymes of a vocoder get lost in chords and harmonious riffs which untie the track it from its cybernetic substance while that the twisted solos of synth try to bring it back into the territories of Berlin School. Puzzling? One would be at least! Welcome in the wonderful universe of the stunning rhythms and smooth cybernetic ambiences of Nattefrost.

Since that the Danish synth warlock made us discover his first chords of Absorbed in Dreams and Yearning in 2006, he doesn’t stop seducing and amaze, while fattening his legion of fans. Of album to album, Bjorn Jeppesen dilutes his primary style to annex within it some nice approaches of IDM and psy-techno with an artistic credibility that several others put years to be reached. Remember Jean Michel Jarre? And each album brings its lot of tracks which hang on to the beat and weave some silky earworms. If we counted them in abundance on the splendid Dying Sun/Scarlet Moon and From Distant Times, Futurized is far from making pity. And that starts with Westhofen and its robotic pattern which evolves in its varied textures. Performed with Remember Green, aka Steen Chorchendorff Jorgensen, Electro Shock on Futurized takes off such as a cosmic flight with jingles of cymbals which ring into stroboscopic filets waving in the shape of jerky lines. The rhythm is bouncy and is fed by curt movements, like cosmic break-dance, with a robot talking vocoder and a meshing of pulsations and percussions which beats of an arrhythmic pace on a structure which goes from brute rhythm towards ethereal ambiences with fluid synths which draw some nice and fragile harmonies.

These rhythms on Futurized weaved into cybernetic percussions and stroboscopic filaments teem on this last Nattefrost album Futurized which moves away towards some good organicosmic synth-pop, like on the very robotic and lively Poliment as well as the lovely Will I get to your Heart and its melody that will sing in our ears many hours later, two tracks with Michel Moers, from the Belgian band Telex, on vocals. Beware of the Destiny is a powerful up-tempo with heavy pulsations and percussions which roll in an atmosphere of video games. The rhythm is very lively and the Kraftwerk robot voices sculpture a very futuristic melodious approach. And if we think that Nattefrost has filled our ears full, wait to hear the furious Red Angel which plunges us into a surprising acid-house à Leftfield. Ghost Mind bursts in our ears with its heavy oscillating line which waves with a very harmonious din. The rhythm on Futurized is heavy. It swirls of its wide shaded volutes, allying a synth-pop à la Gary Numan to a techno boom-boom à la Kraftwerk and a sentimental melody à la Bowie. It’s quite a mix and a strong track which is powerful without being aggressive. These heavy and nervous oscillations are structuring the circular rhythm of the title-track which plunges us downright into the rhythmic patterns of Kraftwerk. Everything is there; monotonous and repetitive pulsations, crisscrossed robotic sequences, recurring melodic pattern and plasmatic vocoder. The 2nd part gets loose from its initial minimalist approach to offer a clearly more musical structure. But one in the other, it’s another very good music piece with a zone of cosmic turbulence which separates very well both musical entities while keeping them close to each other. We can say that Futurized is a progressive synth-pop brilliantly stuff up by its cosmic mood. 793 is a very good organicosmic down-tempo quite as While Asleep which is slower on the other hand without its stroboscopic belt. But the voice of Michel Moers is as delicious as morphic.

With its artwork which reveals a very sci-fi spaceship, Futurized is as much futuristic as its title and its sleeve let suggest it. It’s a strong up-beat album sculptured in a futuristic vision which exceeds the enchantment. Nattefrost  plunges us into what IDM (Intelligent Dance music) has of more attractive to offer. If we may be familiar with the rhythms and ambiences, sometimes vintage and sometimes more contemporary, which buzz and sing in our ears, all that surrounds them add a postmodern depth where the listener really feels to be in another galaxy.