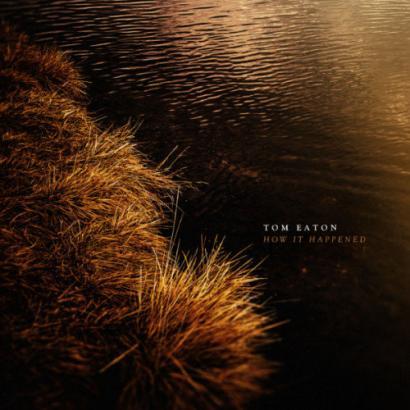 Tom Eaton — How it Happened Tracklist:

How it Happened is not happy or cheerful music, it is consistently calm, sometimes dark and somber. The instruments are all held deep in the glowing sound of the ambient reverberation haze. There are keyboards ranging from what sounds to me like a huge stadium-size in magnitude piano, to a whimsical harmonium, plus an actual accordion, and of course synthesizers, lush and rich in timbre and tone. Each song has lots of extra silence in the distance between one ending and one beginning. There might be just four notes played on the entire album, over and over again like waves on the shore, and they are ample. It works perfectly, just what the medicine man ordered. Relax. It is also good for your blood pressure too. Listen for yourself! Breathe out and soar into beauty. Utterly superb, highly recommended.

Tom Eaton and his music

The music floats up into the air and shimmers, hanging there like an Aurora Borealis, just above your speakers. A sound that is timeless, easy, gentle, refreshing, and certainly restful. There is no hurry anywhere on this album, no driving rhythm or beat, no pulse pumping percussion, nothing like that. The compositions have very few notes, very simple, sustained open melodies, always slowly repeating and easy, like daydreaming clouds. Like a distant mountain mirage, huge and steady. Relaxing and complex, music for those moments when you want to breathe out and reflect.

Tom Eaton plays piano, synths, acoustic and electric guitars, fretted and fretless basses, accordion, and percussion on this album, which has the title How it Happened and is his first release on the Spotted Peccary Music label. Some of his influences include Tangerine Dream, Vangelis, Jean-Michel Jarre and Tim Story.

How it Happened is what he considers to be his third major solo album. The first two are not his first ever, but he likes to draw the line there. The two previous albums are Abendromen (2016), the first part of the title is “Abend” which means evening, and “Dromen” is dreams; followed very shortly afterwards by Indesterren (2016), which means “into the stars.” Plus, there is a single, “Matjora is Still Alive” (2018), which is a cover of a Johannes Schmoelling delight. All three of these recordings are on his own label, Riverwide and can be found on Bandcamp. These recordings are all piano based, with lots of fancy production work for an amazing and distinguished polished sound. Did I mention that Eaton has worked as a producer and engineer with Will Ackerman at Windham Hill since about 2010?

The album How It Happened 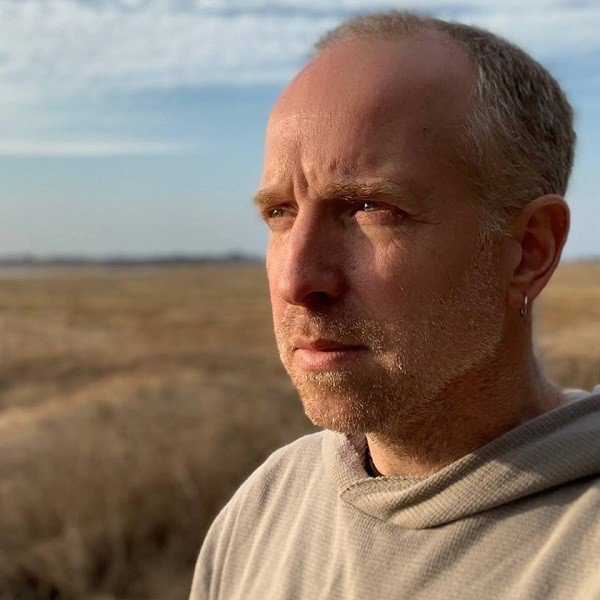 Let’s get back to How it Happened, which as a title makes me think it’s going to be someone explaining something that possibly went a little wrong. Or perhaps it is the title for a comedy sketch, or how about a murder mystery? This music is very far from any of that. The sound is very polished and elegant, breathless even. Delicate. Delicious! He does not do the driving beat thing. I hear a piano, but the sound on this album is more complex, textured, more ambient and richer than the previous works. Often there are only a few notes, played very slowly, repeating as your thoughts are allowed to soar and sparkle.

The pictures in the little booklet that comes with the album show the surface of a river in the wintertime with some floating sheets of ice, no snow, but the vegetation looks cold and brown, far from spring or summer in appearance. The music is cold and pure, but not dramatically so. Some of the details are tiny and delicate and the sound is very simple, all of the feeling is calm and refreshing. Restful and engaging. It is a fantastic album for dreaming!

…is heard from under the water. The music drifts in from the void, synthesizer and piano with rare odd celestial crackles and an ethereal distant angelic choir. The first song is “Ice” (5:37) and it establishes the mood, lush and full, without clutter or jumble. There is a deep glacial feeling to the sound, with dark pauses and those occasional celestial crackles that could be coming from colliding sheets of ice up in a cold windy world above.

Synthesizer keyboards with piano, steadily developing in complexity, but overall very hazy and cloudy, and shimmering, “An Unexpected Opening” (7:58) continues after the introduction of this album with a distant easy pace. It glides into ringing tones with partial melodies that glow, reverberation lingering, chords break and then fade. Tones play in a slow dance, a few notes and then they hang there reverberating, then a few more notes. This takes away the hurry and allows you to relax and let go of your tension.

The title piece, “MK, And How It Happened” (7:19) presents a further evolution of the album’s developing subdued melody concept, piano tones with a synthesizer glow gently lingering overhead. Eventually, a drifting accordion joins an electric guitar with celestial processing. Also, I hear haunting memories and sad recollections under tons of reverberation and echoes. This is also very slow in the pace and progression as the song unfolds.

…”The Slow River” (9:21) with sustained tones layers of synth frost, with a piano in there too. The sound is all deep and undemanding.

“Later, At Night, By the Lake” (6:58) begins with sort of high pitched bell reverberations, also there are quantities of synthesizer glow; the music of a night sky with all the stars very bright, floating in the deep dark beyond the silver moon, the sound of magic.

An ethereal choir in the distance just singing one note, with a hint of synthesizer to frame it. This extends the magical spell created so far, continuing the established mood. Slowly some kind of strings, or keyboard, forms a repeating pattern, infinitive past participle. The title of this song, “Genezen” (13:01) is an old word that means “to return home to recover, to heal” and this song finishes with an extended section featuring a few notes over and over again repeating a melody, slow of course. Piano and synthesizer and ambient electric guitar.

…of a shimmering synthesizer fades back into deep silence. The title of this track is “The Fog and the Lifting” (6:25). The piano emerges after that, encased in the slow soft synth glow. Now the synth slides forward, and now the piano is up front in the sound mix, back and forth, gentle is the right word. An electric guitar with lots of processing slides in and about then ponderously it fades back into deep silence, sustained slowly drifting. It never goes completely silent, but it does slow down and darkens.

There is no time, you just float, synthesizer with piano and accordion. “Until Her Eyelids Flutter Open” (13:47). This is my personal favorite of the collection, it has the timeless theme of the album and it also adds a lighter mood, like dawn approaching. She is going to wake up any second now, and then things will begin. For now, we wait and reflect on all the best events of her past.

You can buy How it Happened at the store of Spotted Peccary Music and Bandcamp.

The Truth Of Being ›