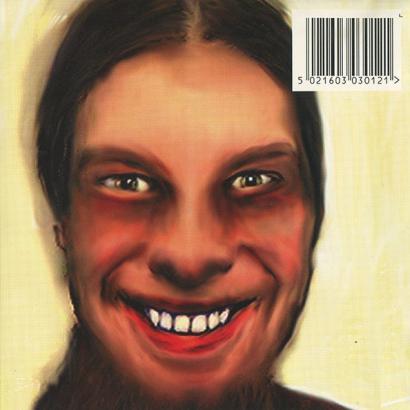 Aphex Twin — I Care Because You Do Tracklist:

Aphex Twin creates an ambient and relaxing atmosphere with this classic album.

Aphex Twin creates awesome soundscapes with this rather impressive album, like all the bets musicians of any musical style when you listen to his album he creates images in you heads, and not just images of angry young men with instruments.

Opener “Acrid Avid Jam Shred” on I Care Because You Do, begins based on the drum beat and a continuous white noise that is always present in this song. In this song Aphex Twin has set his sights on one mood and uses, extensively, many different sounds to take the listener to some chilled out and electronically produced heaven. The song gradually gets more complex and then strips back down to a simple drum beat. This song is one of the many real mood setters of the album. It so excellently uses white noise and feedback to set layers of ambience.

Track 2 “The Waxen Pith” takes a more direct and confrontational approach, the electronic, almost bouncy, synths being complimented by the dissonant strings samples. Of course the focus is still ambience, but this ambience almost jumps into the relaxation centre of your brain. I’m put in mind of watching a marathon in slow motion, as some kind of avant-garde video, and the winner is never declared. The track makes me lose track of my surroundings sometimes, and is suitably brilliant as a result.

“Wax the Nip” is the next track of I Care Because You Do and has a more powerful beat with vague Drum ‘n’ Bass connotations set to an ambient electronica background. It’s like someone wanting to make you move but slowly and calmly. The jumpy programmed tom drums are some of the most peculiarly distinct drum beats I’ve ever heard. It feels like watching ravers who have painted themselves a relaxing sky blue in order to relax and be on speed simultaneously.

“Icct Hedral” plays like an opening murder sequence to a dark thriller, it wouldn’t be out of place as the main soundtrack to “Hannibal2035: the future of murder” or some cheesy b-movie. This is not necessarily a criticism as the song shows the same signs of multiple ways of expressing the same mood. However this track is reveals less capability of creating such a variety as other tracks on the album, which as Aphex Twin has already shown us is his speciality.

“Ventolin” is not unlike a track on the S/T Jesu album I also reviewed, the track in question is “Man/Woman”. The both share a heavy industrial style drum beat with rising and falling atmospheres and white noise destroying your senses. It seems like Aphex Twin has done the impossible and made a masterpiece of atmosphere which should, by all accounts, have a level of unlistenability.

“Come on you Slags!” of I Care Because You Do, may have a name worthy of a song written by the Mighty Boosh, but it is basically, Aphex Twin at his most accessible. Whilst being dark and scary it has a distinctly summery feel. For the sake of a witty metaphor, this song is sunbathing in a summer which takes place under a solar eclipse. Many people will disagree with me in this case, but that is definitely what it means to me. The song’s main technical advantage is its sleek jumps between two powerful moods and styles.

“Start as you mean to go on” begins in a more obvious style than most of Aphex Twin’s tracks in general. In fact, whilst Aphex Twin may be famous for setting himself apart from the pack when it comes to making electronica music, this track shows less signs of this than usual. Basically, the track is a more average dance track than most, but does have interesting sounds akin to a church organ.

“Wet Tip Hen Ax” for some reason gives me an impression of gothic electronic music, perhaps like New Order or Depeche Mode or even Killing Joke. Ok, so sonically the music is in no way that similar to any of these bands, but the mood could be shared by all of them. The strange squealing sound used in this song puts me in mind of someone falling down a very urban cliff. However, the pieces of the song between make me think of some urban “1984” style environment with large levels of paranoia and young kids running away fom authority figures.

“Mookid” begins almost like an electropop song but is set apart by the distinctly odd drum beat. The song slowly becomes a wall of squeaky ambience, which is translucent and surrounds the listener. This song is strangely empowering as it makes me feel like I’m surrounded by a protective wall of ambience and, basically, I’m some kind of god. Great for narcissists devoid of morals like me. This song on I Care Because You Do is wonderfully odd.

“Alberto Balsalm” is one of my favourites, it seems almost tailored to helping human beings sit back and relax a great deal. The song is practically and aural cushion or something else pretensious. The synth comes across as a powerful classical piano piece that is very original in its way. I recently heard a composer who used two orchestra’s to act as individual turntables as though he were a DJ. This song seems to prove that Aphex Twin got there fist with a mirror image of the idea. The classical sensibility is lost to something more along the lines of music created to appear natural to the listener later in the track.

“Cow Cud is a Twin” is presented with the effect of a live recording of a band, in fact in believe it is made up of samples in this way, however it then takes on Aphex Twin’s cold electronic feel that is more in line with his usual work. The feel of this track is quite trip/hip-hop but has some kind of effect which sounds like an alien’s door to a spaceship opening on a sci-fi show, but it also has a similar feel to a harp or a violin. The spacey feels cannot be overstated, in fact the track serves as a song which puts an image in my mind that is of cruising at leisure in some kind of spaceship.

The final track of I Care Because You Do, is “Next Heap With” which serves as a nice ending. The opening in fact reminded me of the opening track to Pendulum’s “Hold Your Colour” but in an odd kind of way. I’m quite a fan of Soul Reaver games and this song reminds me of that (my God I’m a nerd). The song puts me in mind of a bionic church which plays this kind of song a lot. The song has a very epic feel, as though it is the electronica counterpart of the Lord of the Rings soundtrack.

All in all this album is a genius construction which messes with your head in the way only Aphex Twin can. Ok, so the song names give the impression that he’s playing for kicks, but that serves only as a plus to me because it means other members of his fan base won’t be pretensious white boys who keep crying because their fringes are in their eyes.

From Here We Go Sublime ›