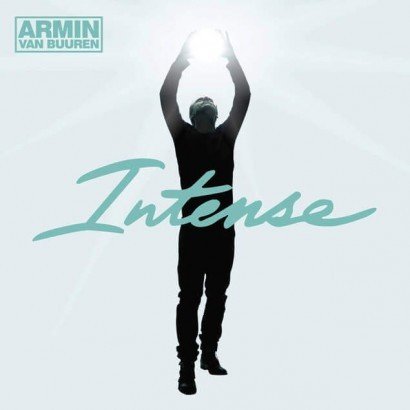 It began with 76, then came Shivers. The third brought us Imagine, fourth saw Mirage and now finally, after three years in the making, trance’s number one man Armin van Buuren brings you his fifth artist album, Intense.

There has been much excitement and a high level of expectation in the trance community about the content of the Armin’s newest album Intense, especially during this time of an ever changing musical expectation form the rise of mainstream EDM. What can we expect from this album? Well for starters Intense exceeds expectations and through 15 new singles (16 if you include the bonus track you get from iTunes), Armin captivates, intrigues and moves the listeners to new heights.

In the words of Armin: “Intense embraces more genres than any of my other albums, crossing over form progressive and trance to classic, even rock. Being a perfectionist, some of these tracks have taken me months to finish. Incorporating as many real instruments as possible, it includes a live orchestra, as well as the rock band of my brother Eller. It’s been an honour to work with such talented artists, singers and songwriters, they’ve rally inspired me. It’s been an intense 3 years in the making, but I’m very pleased with the result.”

The opener in the album self-titled Intense infuses different styles of house, classical, a hint of dubstep and most of all, trance into one track. The track opens with the exceptional violin string sounds from Grammy-award winning Miri Ben-Ari which give way to a perfected trance melody, layered with a progressive house sound that results in a track like you’ve never heard before.

The second track, This is What it Feels Like features the vocals of Trevor Guthrie, which has already taken the radio waves by storm. This highly debated track can be best described as a very catchy radio-ready mainstream track with its piano filled melody.

With firm bass lines to kick off another vocal tune comes Beautiful Life featuring Cindy Alma. Here we see another combination of genres, with a bit of a house blended with trance with its springy synths to give you more of a bubbly dance sound.

Reunited again with the beautiful voice of Fiora Cutler, Armin brings us a trancier rhythmic track Waiting For The Night. You may remember Fiora from the Mirage album, and Armin describes this track as a very positive song that resembles the sounds of Ibiza.

For those of you who like a bit of electro influence, the fifth track on the album Pulsar delivers just that with big room sound and progressive synths. This is sure to be a hit during 2013′s festival season.

Slowing things down for just a moment, Sound of The Drums featuring Laura Jansen, is one of my personal favourites on the album. This graceful track starts off with a beautiful grand piano, giving a contemporary touch to the song, then making way for the tranquil vocals of Laura Jansen followed by a transition into a drop that will have you moving to every beat.

The following track Turn This Love Around sees Armin collaborate with the Nervo twins and the vocals of Laura V. to give us another housey-trance crossover that results in a very mainstream pop influenced sound.

Coming off the back of a pop-inspired track is Won’t Let You Go featuring the familiar vocals of Aruna. This track begins with a slow progression which delays Aruna’s vocals to past the two minute mark, but then the track settles in nicely with plenty of energy with its massive synths.

At track ten of the album, In 10 Years From Now serves as a melodramatic piano filled intro to Last Stop Before Heaven which indulges in the grittier side of trance exploding into a melodic beat and fast paced rhythm for listeners to get lost in. This is followed by Forever is Ours featuring the gorgeous Emma Hewitt, which saw its debut in the ASOT 600 celebrations. When I first heard this track I instantly fell in love with the massive collaboration between Armin and Emma; with the tune’s powerful synths, colossal breaks and of course the beautiful vocals of Emma.

Armin continues the heart melting vibes with another monstrous collaboration in Love Never Came featuring the distinct voice of Richard Bedford, sure to be a fan favourite. Love Never Came is arguably the most emotional track on the album giving us dark tearful lyrics and a consistent driving beat that sees a breakdown which will keep you moving till the last beat. Truly, this track is an amazing work of art.

Increasing the tempo with the track that inspired a movement is Who’s Afraid of 138?!. Fast paced, uplifting, intense and euphoric; need I say more about this mammoth track?

To close things out on the album is Reprise. An alternative rock band for the Netherlands named Bagga Bownz were the driving force behind the rock inspired track. Some would say that this is more of an instrumental rock track than an EDM track, but in any case Reprise finishes things up nicely with an uplifting melody which leaves you with a sense of fulfilled satisfaction after this Intense journey.

Over the last decade, there have been very few artists in the EDM scene that have accomplished what Armin has and this is heavily due to the fact that he truly is not a prisoner of his own style; constantly trying to evolve and entertain trance fans around the world. Intense may not be a traditional trance album, but nonetheless it marks a distinct point in Armin’s career, and the album gives proper insight on the current state of trance. The various sounds in this album are executed in a way like no other can which shows Armin’s growth and world class talent. He also shows fans that it’s ok for trance to be influenced by other genres and yet still stay true to trance in its entirety.

Armin seems to be managing the challenging task of maintaining his old fan base while appealing to new listeners as well. Whether you have been a long time Armin follower or just someone who has recently started listening to EDM, Intense is a must have album for any EDM lover.

‹ Views From A Red Train