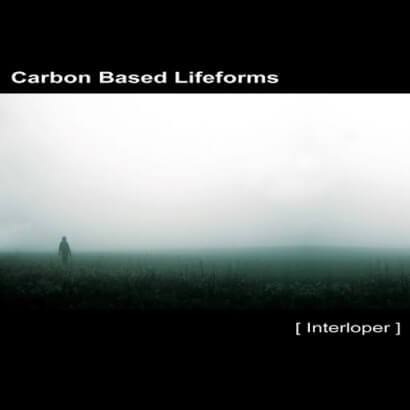 The talented CBL guys are back with a new thrilling album, their third in number and probably one of the most anticipated albums among a lot of ambient and downtempo electronica lovers around the world. Interloper is CBL’s most mature, crystallized and accessible work to date. Johannes Hedberg and Daniel Segerstad (Ringström) really took their sound and style to the next level.

The Swedish duo already released two successful albums on Ultimae that made quite an impact in the electronic music world. First, they released their mysterious, otherworldly spacey debut album Hydroponic Garden in 2003. Then, in 2006 they released their deep, impressive second album World of Sleepers. These two albums swept a lot of people from all around our planet off their feet, creating a strong and enthusiastic international CBL fanbase. I first heard CBL’s music back then in 2003 or 2004. The first track I heard was MOS 6581 from Hydroponic Garden, and I immediately fell in love with those moving, mellow, Goa, acid ambient type synth arpeggios, and hazy chilling morning twilights atmospheres of it. It took me a while to really get into the sound of the rest of Hydroponic Garden’s tracks, but slowly and surely I discovered the beauty and depths of their debut album, and I’m a fan ever since.

Interloper is alluring and addictive, moving and atmospheric. It is a powerful magical potion that will let you travel in some secret, unique places. You will visit some spellbound forests, ancient colonies in the future, bleak wide landscapes and deserted surrealistic shores under shimmering skies. Once again CBL created some somber emotionally intense yet hopeful sonic luminous streams of extraordinary acid ambient and space electronica that will stir up your emotions and boost your imagination. Johannes and Daniel still use their unique fluid winning formulas from their previous work, but improved their production and musical skills, and as a result of it we got a richer and more polished album than the two previous ones. The compositions are more dynamic and musically more advance and refined than before, and one who has the complete CBL trilogy can’t miss their progression. It shines clearly that these guys know exactly where they want to go with the music. Each one of CBL’s albums is unique in its own way, and if you loved Hydroponic Garden and were mesmerized by World of Sleepers like me, you will definitely love Interloper, because it’s a direct continuation to those two chapters, a new and refreshing chapter. If you never heard about CBL before, listening to Interloper would be a great way to get to know their music and to get a clear perspective on their sound and style.

Rich floating echoes and lovely reverbs are only a few of the many special self made ingredients used to create this new multilayered sonic attraction. Interloper contains layers of seductive widely spread pads, swirling lush arpeggios, blossoming penetrating melodies, gleaming motifs, deep warm basslines and captivating dynamic beat patterns. This is CBL’s most energetic album and it’s a bit more uptempo than the two previous ones, but the deep dive parts are still here as well. CBL really love their synths, hardware and software, and it really shows with some beautiful synth work on this album. Johannes and Daniel also like to add all kinds of vocals and voices into their tracks and once again they recruit Karin My Andersson and Anna Segerstad for the job. This cooperation produced hypnotic results, tender chants that sound like they are coming from high mountains in the far away hazy horizon, flowing with the chilling breeze, and sometimes you will just hear short poems, read and processed in attractive strange ways. Karin also played the cello on the third track. This time, Johannes picked up a guitar and a bass, and he added a few spacey guitar flavours and played a few of the deep warm basslines. Interloper is an audio delicacy, uplifting at times, spiced with weird, gentle, bouncy noises and sometimes delicately dipped in a glitchy texture. A reflection of cooling morning twilights, electrifying nocturnal sceneries and aquatic environments.

Most of the Ultimae releases come packed in a three parts deluxe digipack with a sixteen pages booklet, and as a music lover and collector who still buys CDs it’s something that I really appreciate.

What more can I say about Ultimae? Well, I think that everything is already been said by others and me before. Brilliant, creative artists, excellent team, stunning innovative music, beautiful artwork, all true. Definitely one of the best record labels out there.

Every ambient lover should own a copy of it. If you are not an ambient lover, this is the kind of albums that will turn you into one. So just go and buy it and then sit back and enjoy the deeply emotional, atmospheric, panoramic and groovy frequencies.