“Last Ride In Leonardo Da Vinci’s Helicopter is my second album. For me art is a calling. I believe we are ‘Creators in training’ and Earth is the school grounds on which this creativity comes to life. Having a strong imagination, good intuition and finding your passion, is vital for a happy creative, healthy and connective life. In my early 20’s I fabricated metal sculptures and painted a bit. I chose a profession of cinematography and film editing, because I love the concept of sculpting visuals and sound together, as Andre Tarkosky puts it “sculpting in time.”

1. About the album Last Ride In Leonardo Da Vinci’s Helicopter

Enter an entirely new world of…

…instrumental electronic music that has been created, produced, composed, mixed and mastered by Bart Hawkins on a modular synthesizer. This type of synthesizer can be operated using no keyboards, which creates a sound that is sometimes more about layers, rather than focusing on melodics. Last Ride In Leonardo Da Vinci’s Helicopter is a time travel adventure, each track has a different destination, so buckle up. In my opinion, this album brings a completely new way to experience audio perception, Hawkins has invented a form of phenomenal listening matter pioneering an entirely new genre that I am now calling “Experiential Science Fiction.”

Music can be a mystical and magical experience, and using his modular synthesizer, Hawkins has opened an aesthetic study of the structures of experience and consciousness. In his own words, “I believe that instrumental music has the ability to transcend time and space, languages, conflicts both internal and external, and has the power to unite. Music has the ability to unlock limitless creativity by creating new nonlinear pathways in the brain and provides a healing experience to see the world in a new light.”

In the spring of 2017 Hawkins started…

…to build his own modular synth, starting with a Make Noise DPO (dual oscillator), Optomix, Maths, and Morphagene, Mutable Instruments Clouds and Peaks, Intellijel UVCA II and Metropolis, Mannequins Three Sisters filter and a few others, creating the elements of the sounds, like a painter that makes her or his own paint, as was the way things were done in Da Vinci’s time.

Leonardo di ser Piero da Vinci, was born out of wedlock to a notary, Piero da Vinci, and a peasant woman, Caterina, in Vinci, Italy, which is near the ancient city of Florence. He was most famous as a painter, he also became universally well known for his notebooks, in which he made drawings and notes on his thoughts about anatomy, astronomy, botany, cartography, painting, paleontology and his inventions. He had sketches of his helicopter, and now that is all that remains. With this album by Bart Hawkins, you become Da Vinci’s co-pilot for a short time, you get the final ride in Leonardo Da Vinci’s Helicopter. As you lift off, you will see the world in a complexly new perspective that has never been available to anyone before. 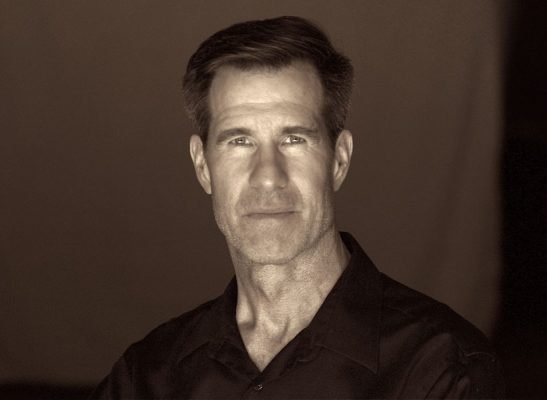 The opening track of Last Ride In Leonardo Da Vinci’s Helicopter is “The WABAC Machine” (8:45). The Wavelength Acceleration Bidirectional Asynchronous Controller provided many instructional lessons on life and the experience of history, which has shaped generations that followed. The WABAC Machine was invented by the eminent canine scholar, known only as Mr. Peabody, at the dawn of commercial television broadcasting. His insightful lessons were featured on the weekly television program, aired from November 19, 1959 to June 27, 1964, originally known as Rocky and His Friends. Mr. Peabody’s weekly televised demonstrations of his invention were prominently featured on the short episodes of his series “Peabody’s Improbable History.”

Bioluminescence is light made by a living organism. All bioluminescent organisms have in common that the reaction of a “luciferin” and oxygen is catalyzed by a luciferase to produce light. Luciferase comes from the Latin word for “light bearer.” According to some of the ancient glowworm cave legends, the larvae spin a spherical web to catch their prey. These floating ball webs with the glowworm in the center, look like floating balls of light, turning the cave into an underground disco rave party. “Glowworm Caves” (10:49) is a journey under the earth, the caves are deep, the worms are very small but there are hungry legions of them, so watch where you place your carbon wet pack.

Another interesting “fun fact” of these…

…same ancient legends is that the light that these unique worms make is their form of excretion. Rather than ejecting solid or liquid waste, the glowworm converts the leftover matter into light that is used to attract its prey. Insects see this and think they are seeing stars, and fly toward the light. So, the glowworms are carnivorous, but are also assumed to be highly evolved consumers that convert their waste matter into light. Scientists might one day be investigating the ways of these mystical cryptids as we learn to mitigate our own problems with constantly creating waste.

Just when you think you are awake, you find yourself trapped inside yet another larger construct designed to keep you from actually being “awake.” On this next adventure, you might need a flashlight, and chances are you will be unaware of your own awareness, “It’s 3am, Do You Know Where Your Unconscious Mind Is?” (11:02). Wormholes create a permanent effect on the space-time continuum as the delayed choice/quantum eraser have shown how time can go backwards, how cause and effect can be reversed, and how the future caused the past. Our choice in the present moment affected what had already happened in the past.

When I take a close look on the back of the album’s packaging, regarding the instruments used in creating this album, I see no mention of anything but a modular synthesizer, no guitars, however, with sound sampling technology there are infinite possibilities for sound sources while maintaining fidelity to modular synthesizer technology. To settle my curiosity, I emailed the composer himself and asked him my question: Is there a guitar heard on the track “Transmission One” (11:47)? He sent me an illuminating reply.

“I travel with a little Tascam recorder just…

…in case I come across an opportunity like this. The world is full of sounds just waiting to be ‘voiced’. I was at my brother’s house for Thanksgiving a few years back. I picked up his electric guitar and laid it on my lap and started making textural sounds that I could use later. So, thanks Ross for the use of your guitar.”

Some of the other sampled sound sources heard on this track include a vintage 1957 Helicrafters shortwave radio, used to capture live radio signals, which then become frozen in time, becoming sort of a portal through which voices that are now from the past continue to call out to you. I find this to be very scary because the people who made these expressions are all no longer present, the moment of “now” has moved on, and except for what is heard on this recording, time has left them forever as you hear them. They seem so real, speaking from the darkness of the ether where they are forever preserved for eternity, a signal from the cemetery of time.

The next sound segment brings the imagined sensation of whirling blades that will seem to actually pass through you, just remember that this is an illusion, remain calm and you will come out with no permanent scars or marks on your beloved personal wet carbon-based matter. One of the deadly sins humans inhabit is consumerism. Hawkins has something to say about this on the 5th track, “Gluttony: Consumerism’s Hold On You” (8:47).

“What I call consumerism…

…is not just what we eat and buy, but what we consume as information from our screens, not fully knowing ‘narratives’ from the truth. This blurring of reality becomes “you are what you eat” and begs the question “are you real or is it Memorex”? And just like the glowworms that convert waste into light, nature provides the solution of our over consumption and its byproducts.”

“The more we perceive separation, the more our solutions will exacerbate the very problems we are trying to “solve.” The only way out of this exponential loop where “the road to hell is paved with good intentions” is a personal and collective shift to unify all things we perceive as separate.”

The sixth track is the end of the program and the beginning of a completely new way to view your life on earth. Your pilot here is Mr. Da Vinci himself, and while he is busy operating his flying machine, you are able to look out over this strange new frontier, “Final Ride In Leonardo Da Vinci’s Helicopter” (8:43). As you see this new world emerge, you turn to your pilot, Mr. Da Vinci, to acknowledge him for his far-seeing imagination.

After many years working professionally as an electronic media artist primarily in visual realms with cameras, Bart’s current phase of his artistic odyssey has led to his recent emergence as a sound composer, which was predicted by a deeper background in the fine arts. He started off as a sculptor, working with metal. You can hear the sounds of electrified metal all throughout his albums. Hawkins began in the early 80’s when his practice of Zen Meditation and love of the Berlin School style of electronic music drew him into a world of musical landscapes, sonic textures, and silence, sparking a spiritual awakening into the power of sound. “This is active listening, meant to engage your mind’s ability to visualize what you are hearing and using your imagination to create your own listening experience. It’s art for your ears and inner eyes.”

His first album, 21 Pulse Eclipse, was released in 2019 on the Spotted Peccary Music label. 21 Pulse Eclipse is all about the sounds of electricity and energy, lingering in the mind. When certain tones and sounds are combined, they can produce harmonic or inharmonic values. This becomes the core of creating tension and release within all music. With the right combination of sounds, you can levitate the human experience to a very high level or down to its lowest depth in the unconscious mind. Sound can transform, not only mental states of being but can transform physical states as well. Also, sound can physically heal cells in the body and also destroy cells. Sound can levitate objects, create geometrical patterns (cymatics), travel between universes, and can be expressed in mathematical and astronomical equations. Sound can be very personal and universal at the same time.

4. Where to buy Last Ride In Leonardo Da Vinci’s Helicopter?

You can buy the album Last Ride In Leonardo Da Vinci’s Helicopter on Bandcamp.