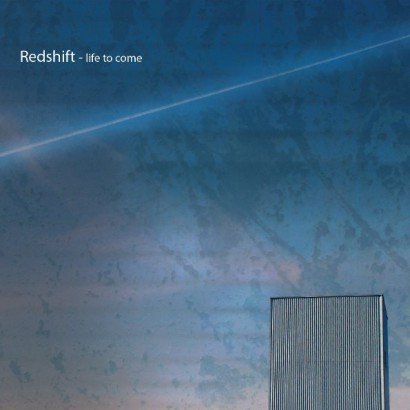 Bravo Mark Shreeve! Life to Come is the best thing which can be produced by analog machines this year. And 2015 was a great year in this field. A superb album my friends.

From the first seconds of “Soft Summer Rain” the Redshift signature for dark moods is gobbling up our brain out! The rhythm and the life take shape through breezes which are lost in dark industrial ambiences. Felted explosions, knockings of clogs, pulsations and abstract sequences, which answer to their echoes, are shaping an ambient rhythm which tries to take root with its scattered tentacles. Murmurs of a bass line breathe over this ambient anarchy, releasing big snores which chew a line of rhythm divided of its chaos. The movement remains magnetizing with a thick cloud of sequences which skip as imps and their hooves in a figure of a rodeo for dwarfs Capuchin. “Soft Summer Rain” becomes heavy and black, as a Gothic ballad, where sequences lost in the snores are eventually weaving a strange melody while another storm of sequences comes down to break up our loudspeakers and crush this portion of melody nevertheless more devilish than seraphic. Some people will say that it’s not music. I’ll say that it’s the pure magic of the analogue world; build a life from nothingness!

This last opus of Redshift was more than unexpected. It was madly desired for years! In fact, many of us thought that the adventure was well and truly ended. Arc took over with two wonderful albums which are marked of the Redshift seal. And even if there was Colder in 2011, we have to go back as far as 2008, with the boiling and incisive, Turning Towards Us to have new and original music to put between our ears produced by the mythical English entity. And it’s Ian Boddy, the partner in crime of Mark Shreeve in Arc who gave the game away with a tweet on Twitter which announced a return for Redshift. It was like to put of the fire to a powder trail! The combustion sowed a kind of collective enjoyment and all the fans of EM were looking forward to this “Life to Come”. Me, the first one! And what a feast my friends…. Heavy, powerful, dark and fiendishly melodious, this last opus of Redshift inherits from the past of Mark Shreeve who, once again, raises the standards of excellence for all those who aspire to the Redshift throne. The big Moog Modular spits the fire and the effects of its reverberations find echo in a tumult of sequences which have difficulty in containing the proposed structures of rhythms. The atmospheres are chthonian and remain soaked with a somber industrial veil unique to Redshift. I have listened to it several times, to dissipate all the doubts of my fanaticism towards Redshift and Mark Shreeve. My first idea changed in a certainty; “Life to Come” is a pure master work! It’s one ton of bricks in the face and I savored with delight this magnificent fusion of both entities where Mark Shreeve, of his Assassin and Legion eras, is watering a Redshift always so dark and loud of a literally more harmonious water. By doing so, we have the best of both universes of England School between our ears. And if the ambient, but always howling, structure of “Soft Summer Rain” doesn’t convince you, what is to follow is going to destroy your doubts!

“Vampyre” spreads its cloud of sonic intrigues with breezes coming from hell. An electric piano begins the drilling of a ghost melody which scatters its chords in fogs filled of white noises. A rattle titillates our ears in the background. The approach radiates these of Rick Wright’s evasive melodies, while the hooting of spectres infiltrate insidiously our ears. The voices are as much beautiful and the piano is so much dark. While this contrast exhilarates our senses, a movement of sequences knocks down its keys which gallop at good speed now. The rattles become rolling of industrial percussions which push in the back of the galloping keys. And Mark Shreeve settles his tenebrous moods. A delicious guitar makes counterweight to this structure of rhythm which seems so threatening, scattering its harmonious loops in the doubtful chants of the spectres. The bass line breathes a second life at this structure which will keep the course of a steady rhythm where the sequences flicker keenly in the slowly undulatory breaths of the bass line. Between a heavy, sometimes explosive, and a fluid rhythm, decorated with sonic intrigues, “Vampyre” weaves a beautiful bridge between the initial works of Mark Shreeve and the somber paintings of Redshift. The basis of “Life to Come” is anchored well and truly. It only just needs to fix its ornaments. “Mission Creep” wears judiciously its naming. Its intro is forged in the tumults of the spectres who decorate hell. A fascinating pattern of rhythm emerges from it a little after the 2nd minute. It skips as in a kind of heathen trance with nervous pulsations which are knotted with the bangings of bones and the jingles of chains. The effect is intrusive with a heavy structure which feeds on its echo and from where is coming a superb melody of horror which will leave its traces many hours later. Yes, Mark Shreeve will have never fed so well Redshift!

A short track full of spectral atmospheres on a heavy and vindictive rhythm where sequences are forged in the hammering of silversmith’s trade which tames the assault of these moods, “Bloom” leads us to the pinnacle of “Life to Come”. Pulsatory heavy and humming sequences are dancing with jingles. Our ears hear well this mooing of the darkness, but our senses remain oriented to this feverish dance of sequences which fidget as spasmodic skeletons. A shadow of a melody lies down with dreamy chords, except that we feel the breath of the beast. The murmurs disorientate our senses and we feel that “Slam” is going to get wild. And it does! Of its long evolutionary structure, which feeds on many bites left for crumbs up to here in “Life to Come”, “Slam” travels between two universes with a structure always near the horror and near these macabre atmospheres. The rhythm goes and comes, always bent in the rotary arcs of the sequences movements which flicker like fireflies racing in a long oscillatory tube in order to flee the light. Avoiding the din, as much as the peace of mind of the harmonies sung by horned angels, it opts for a wild race at around the 6th minute. The rhythm becomes then explosive with a troop of analog sequences which avoid the bites of the percussions in order to run wild beneath a thick cloud full of fanciful violins. The flow of the sequences is as much indescribable as being breathtaking for the senses. Lost, a line of sequences makes jump up and clink its crazy keys in anarchic jerks 2 minutes farther, restoring some gas to “Slam” which runs again to lose breath and always by stepping on the accelerator of the indecision. This is huge Redshift my friends. “Circling Above” moderates the moods with a long dark introduction which flirts with gothism. Percussions dance a little before the point of 4 minutes. Sequences come to peck at this soft rhythm with the effects of attacks from giant flies. And while our ears are centered on this surprising meshing of ambiences, the rhythm spits a strange poison of white noises. It’s heavy and vicious. The chthonian choruses add to the intrigue while the track fetches refuge in a very theatrical mooing. The title-track reborn again out of these ashes, throwing an ochred mist where are shouting the sparrows along with the hooting of spectres. The synth pads, and this is as in every corner of “Life to Come”, are as much black than weighty, wrapping an intro in a shroud of horror where will gambol a superb melodious approach which is knotted in suspense. That does very Mark Shreeve. That does very Legion and that feels good. And it also ends a splendid album which plays in loops in my cd player for already one week. “Life to Come” is a huge album my friends. It’s a huge work from Mark Shreeve who does everything here. An inescapable and undoubtedly the best of 2015 which nevertheless showed some solid albums here! Yes, a big year for EM! There was only missing new music from Redshift and it’s now done. Hat to you Mark!

You will find this album on the Redshift Bandcamp page here.