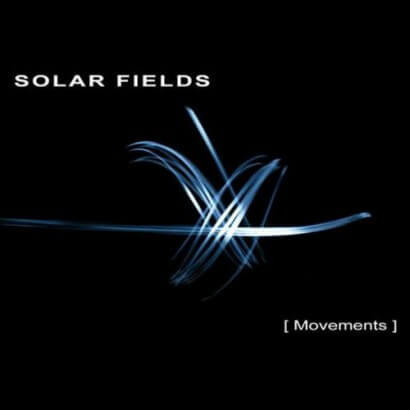 Do you know the kind of woman that looks beautiful one day, and then you see her a week later and she seems to have lost all her magic? Or even worse, you look at her from one angle and she appears spectacular, but from another angle she is average at best? As all Seinfeld watchers know, this phenomenon is called the “Two-Face”. Solar Fields new album Movements was the music equivalent of the “Two-Face” to me. One day I loved it, the next it just seemed trite and boring, and for a long time I really didn’t know why. Then I treated myself a to an expensive-as-fuck new Bose sound system a few days ago. It was while playing the album on that new system that Movements finally cast its magic spell upon me and I understood why it is such a “Two-Face”.

With bad speakers, Movements just doesn’t work. The melodies themselves are not exceptionally breathtaking, the soundscapes or sound selection or whatever you want to call it isn’t exceptionally original, and there is nothing that grabs your attention over any other ambient release. That, however, changes completely when you run it through a good sound system, and I really mean sound system, not just good headphones. All of a sudden the formerly mediocre soundscapes take on an ethereal kind of plasticity; they hover in the room like a lucent mist. From below the warm yet firm bass carries the tracks on a velvet cushion, almost invisible, but still very present. And in those surroundings, the once bland melodies take on a completely new life, trite becomes emotional and cheesy becomes beautiful. At its best, when all elements come together, the effect is nothing less than mind blowing, for example at the end of Sol when the lady starts to sing or after the break of The Road to Nothingness.

That being said, the flow of this album is totally off. With ambient albums much more so than with dance albums the flow is essential, because I for one listen to them usually in one sitting and in situations where I am not in the mood to get my fat ass off the couch. For the first 6 tracks, the journey is very uneven, highlights are intermixed with the two rather uneventful tracks Circles of Motion and Dust and the only real stinker The Stones are Not Too Busy. Only at the end does Movements really find its flow, and that’s a shame. The victim of the weird programming is the powerful opener Sol, probably my favorite track here. It sits at the beginning like monolith when it should have been put into context as one of the centerpieces of the album.

Recommendation: With women, the cause for the “Two-Face” is usually the angle in which light hits the face of the unfortunate one. With Movements, the cause is the quality of the sound system. The better the speakers, the more it can unfold its beauty. Of course Movements isn’t the only album that sounds better on a good system, but here the difference really is more dramatic than on any other music I can think of. And that is only to Solar Fields’ credit, because the intricacies of the sound design are so subtle and sophisticated, it takes the right equipment to notice and appreciate. To be a straight, Movements has a few too many average tracks (2,5 and 6) that really bother me in the context of the album, but the rest are all great to exceptional, so I can only recommend it to all who like their ambient deep and emotional.