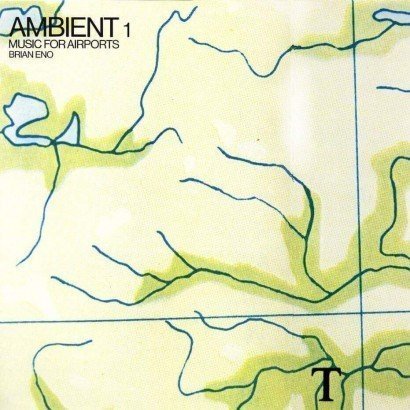 It’s August 18, 1969, and Jimi Hendrix takes the stage playing the Star-Spangled Banner at Woodstock. In doing so, he puts the entire tenor of his times through his guitar. You can hear it: Vietnam. Civil rights. Riots. People dying in the streets. People dying in a far off land. Now compare this to a performance of the Boston Pops done that same year for the Fourth of July. It’s the same song, right? So why do we remember the Woodstock performance and not the Boston Pops? It is because music moved on. It moved beyond the sheer recitation of notes on a page into intangible qualities of texture. Through distortion, chorus, flanging, and a myriad of other guitar tricks, you had for the first time in music, synthetic sounds that directly approximated natural ones.

As legend has it, in 1975 two things hit Brian Eno. First, he was actually struck by a car, spending most of the year immobilized. Second, while laying in bed to recuperate from his injuries, he asked a female visitor to put on a record of 17th century harp music. The only thing was she didn’t turn up the volume before she left. So he lay there trapped in bed, a captive listener, able to hear only the loudest notes above the rain outside his window. He began to slowly surrender to the sounds, yielding the second catharsis of that year, an experience from which he would give birth to modern ambient music.

Up until the advent of the full-length LP, music was experienced live or through technologically limited recordings. Recorded songs tended to be excessively short, only around 2-3 minutes in length. With the birth of the record, Eno and his contemporaries were able to record longer and wider ranging pieces of music. His work had already taken great inspiration from the work of Karlheinz Stockhausen, Terry Riley, Steve Reich, and the Amundsen of modern composing, John Cage.

It was Cage’s “4’33″ that made listeners for the first time truly hear the world around a performance. In the song, a lone piano player sat silently in front of a piano, proceeding only to close the cover and sit motionless for a full four minutes and 33 seconds. This revolutionary act of music led people to finally become aware of the world of sound around them. The breathing of the person next to them. The blood rushing through their bodies or the pounding in their head. The hum of the air conditioning or the electric lights. A siren fading in the distance.

Drawing upon all of these experiences, Brian Eno recorded Music for Airports in 1978.

A word about the title Music For Airports. Eno wrote the piece to play on a cultural and physical place. Airports are the modern point of departure and they are places where reunions occur and separations begin as people move back and forth. Airports are also places of duty-free commerce, blaring announcements, boredom and tension. So he took all of this into considerations: a work that would reassure people who might possibly be flying to their fiery death, that would give a spirit of hope and trepidation and calm all mixed together.

Originally written for the LP record, it is broken up into pieces titled 1/1, 2/1, 1/2, and 2/2. The second number reflecting what side of the original LP that it was on. Like Cage before him, Eno played with the listener’s awareness of their surroundings by not only increasing the space within each of the pieces, but also extending the length between the sections to an exaggerated level. Unsure of when pieces stopped or started it allowed the listener to go further into this immersive sound world.

For Eno, ambient music (as he was to call it) was simultaneously able to engage the listener at louder volumes with depth and complexity but as well could be brought down to the level of color, tint, or texture to an environment. A painting in a room is always there. You walk by it every day. It colors the room. Sometimes though you notice that color here in the corner. You notice this part of the picture. You notice that hue and then you go on with your day. Ambient music could be like this. For what it was, was the next step in the development of contemporary music it was music whose sole basis was texture. If melody, rhythm, harmony, or lyric got in the way of this then it wasn’t necessary.

In the first section 1/1 of Music For Airports, Robert Wyatt’s piano plays a simple line against itself repetitively this is counter-balanced by other instruments playing their own points untethered to the lead melody.

In 2/1 of Music For Airports, Eno begins to play with repetition allowing a series of independent short vocal phrases to mix together at different points. No second of the piece is like any other and you are left with a memory of what the piece is like, not what it is. Lines combine together and fall apart like ice crystals moving on water.

1/2 of Music For Airports, is a more pastoral piece building on the components of both 1/1 and 2/1. The vocal lines are here again independent glancing off of each other as well as the motile lines of the piano similar to the work in 1/1. Excellent to listen to while reading about the South Pole.

The last piece 2/2 of Music For Airports, is entirely comprised of synthesized tones. A mix of melancholy and hopeful tones reminiscent of the best aspects of acoustic instruments, the vibrato of strings and the bussing clarity of a horn are all hear at the same time. The sounds of driving back from visiting a long lost parent.

Listen to it the night your child goes off to college, filled with that same sense and trepidation. Listen to it in the waiting room of a hospital for news of a loved one. And yes listen to Music For Airports in the terminals of LAX, Heathrow, or Keflavik…

I Care Because You Do ›