Noctilucent is a word used in meteorology to define a rare type of cloud phenomena, called “night shining clouds,” which occur in the upper atmosphere, higher than many other cloud forms. They exhibit tenuous wavy patterns, are silvery or bluish white, and are typically visible on summer nights in high latitudes.

1. About the album Noctilucent

All of the eerie sounds heard on Jeff Greinke’s new album Noctilucent are electronic, made entirely by synthesizers, sometimes with samples, forming textures and atmospheric presences.

For those who relish speculation regarding the future, the realm of ambient electronic music provides an interesting field, testing the conventional barriers between reality and imagination. There is a nervous suspense over us all, as though overhead some dread bell would peal out powerfully when we should least expect it.

The details of this dark journey are heard with marvelous vividness, and form a new masterpiece of fantastic audio craft, with almost unlimited power in the intimation of potent out-of-the-ordinary and cosmic aberration. The music possesses a quite extraordinary range of different timbres and vibrates along with the air inside it. The sensation is of the electronic sounds having a conversation or perhaps painting a picture, always truly beautiful, and often formed by woven combinations, a complex fabric of sound. 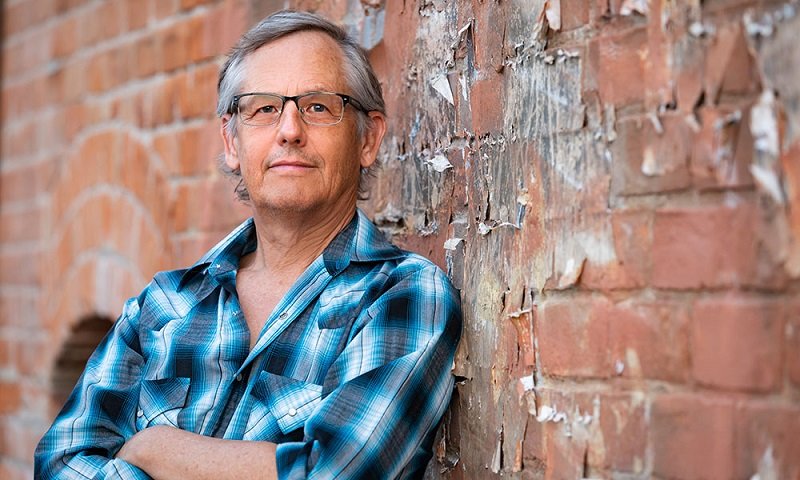 I hear something in the darkness…

…what could it be? “Unrest” (4:31) seems in the void to be closing down upon us, flowing great masses of greyness, which here and there bestrewed the trees, produced a peculiarly weird and solemn effect, which carried on the thoughts and grim fancies engendered perhaps earlier in the evening, when the falling sunset threw into strange relief the ghost-like clouds which amongst the hidden mountains seem to wind ceaselessly through the valleys. The overall mood is subtle, the sound is primed for interpretation, like the faces in the clouds, with a huge vista appearing solid while being gaseous. The music possesses a quite extraordinary range of different timbres and vibrates along with the air inside it.

What sort of grim adventure is it upon which we have embarked? Mayhap, it seeks to identify and describe the ways in which differing chemistry, magnetic fields, and thermodynamics on various planets affect the creation, evolution, diversity, and disappearance of atmospheres. Irisations are named after the Greek goddess Iris, goddess of rainbows and messenger of Zeus and Hera to the mortals below. “Around the Corner” (7:43) the sound is slowly unfolding, suffused with soft shades of color like those of mother-of-pearl, among which lovely pinks and greens are the most conspicuous. Usually, these colors are distributed in irregular patches, but occasionally they are seen to form round the denser patches of cloud a regular-colored fringe, in which the several tints are arranged in stripes following the sinuosities of the outline of the cloud.

There are tabular plates falling…

…toward the earth. And although their descent is very slow, owing to their minute size, the resistance of the air will act upon them as it does upon a falling feather. It will cause them, once disturbed, to sound and oscillate before they settle into that horizontal position which flat plates finally assume when falling through quiescent air, now plunging into dark water, where I hear the purring leviathans and odd toothy monsters of huge sizes, there is perhaps a distant bell. “Of the Deep Sea” (5:02) where curls will uncurl or curl tighter; tendrils and streamers will grow longer or ravel up again; and cross-hatching will spread out in one place and grow more vivid in another.

Natural light sources in a night sky include moonlight, starlight, gegenschein, and airglow, depending on location and timing. Astronomical night is the period between astronomical dusk and astronomical dawn when the Sun is between 18 and 90 degrees below the horizon and does not illuminate the sky. “Into the Night” (9:29) has a cautious glowing presence, on very rare occasions the colors, instead of lying in irregular patches, forming definite fringes round the borders of the cloudlets. It seems desirable, therefore, to make an attempt to search out what appears to be its explanation. I have none.

Here inside the mountain…

…impulse will always tremble at the thought of the hidden and fathomless worlds of strange life which may pulsate in the gulfs. “Tunnel” (5:34) starts slowly, soundings emerge from the dark tube, or is it a hungry mouth? Tension beats like a railroad track. Within the great frowning rocks which guard us boldly on either side, I sense coal-black and splendid animals, several dark ways led from it under great round arches, it perhaps seems bigger than it really is.

Currents are coherent streams of water moving through the ocean and include both long, permanent features such as the Gulf Stream, as well as smaller, episodic flows in both coastal waters and the open ocean. Gyres are spiraling circulations thousands of miles in diameter and rimmed by large, permanent ocean currents, “Sinking” (7:53). The sound is distant and slow moving. Friction between the air and the water sets the sea surface in motion. As this topmost layer of water moves, it pulls on the water directly beneath it, which in turn pulls on the layer of water beneath that to create the beginnings of an ocean current.

…have been reported in the skies for much of human history. Different cultures have created different groupings of constellations based on differing interpretations of the more-or-less random patterns of dots in the sky. Noctilucent clouds float high enough in the atmosphere to capture a little bit of stray sunlight even after the Sun has set below them. The title track, “Noctilucent” (5:43) provides a granular motion, perhaps a distant foghorn glow can be counted, conditions which will produce one sound-color around the margin of the cloud, and that color mixes with others, and so giving rise to other tints, farther in; at this specific unfolding altitude the texture is very complicated.

Noctilucent clouds are generally colorless or pale silver, although occasionally other colors including blue, red, and green have been observed. The colors are usually pastel, but can be very vivid or mingled together, sometimes similar to an opal. When observing the sky, the sound appears to be reflected in a convex mirror or in a pool of water. “Refractions” (4:42) has an easy unfolding, a tonal mathematical form, gradually increasing into a sort of topographic map.

The final track, “Undercurrent” (7:16), leaves us with views of the stars, galaxies, nebulae, and clusters they look at during the other seasons of the year. And they are gorgeous, but there are unexplained signals coming from the basement of the old church in the graveyard.

3. Where to buy the album Noctilucent?

You can buy the album Noctilucent at the store of Spotted Peccary Music and Bandcamp.