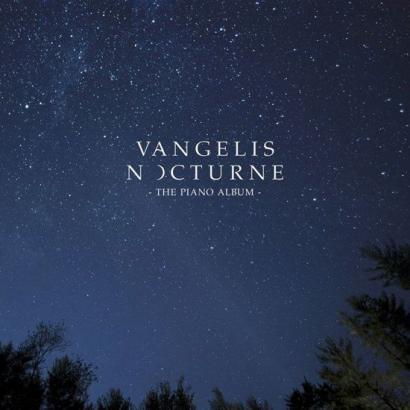 This review of Nocturne is written by Ian Smith as Ghostof82 on Ghostof82.wordpress.com
Check out this excellent blog!

Now here’s a strange situation. Nocturne is marketed as a solo piano album, with mention of Vangelis recording on a grand piano, and even subtitled as ‘the piano album’. It actually turns out that, as suspected from the two tracks revealed prior to the album release, that this album is mostly synth piano augmented with synth pads and strings adding both ambient atmosphere and inevitable leanings toward the traditional Vangelis ‘sound’. There is, for all the marketing tease, nothing particularly groundbreaking here in execution, which might leave some fans a little disappointed. Vangelis will already be at odds here with fans who prefer his electronic extravaganzas and are likely frustrated with this more intimate work. Anyhow, I for one am thrilled.

This is a great album and certainly superior to his previous album, Rosetta. Rosetta harked back to his older glories whilst maintaining the ‘more of the same’ sonic palette that has increasingly dogged his work in the post-Nemo Studios era.

Perhaps it might be best for listeners to approach this album Nocturne like they would Opera Sauvage, as its one of those quiet, moody albums as opposed to the more energetic offerings of Vangelis’ early years. This is clearly an album of some maturity and reflection, as should be expected from an artist some 75 years old. 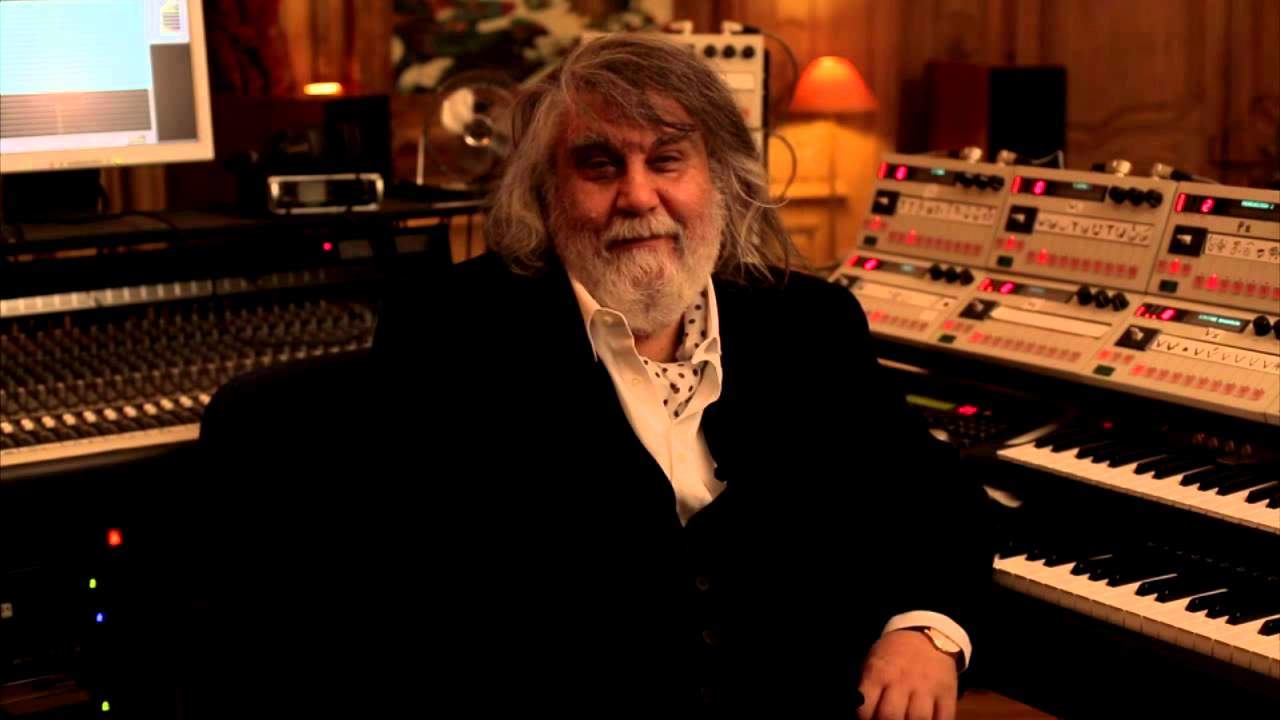 So anyway, let’s take a tour of this album

The album Nocturne opens with Nocturnal Promenade, which was the first track revealed with the album announcement late last year. It’s a strange opener, to be honest, and certainly in my mind not at all the strongest track on the album. It’s a very light, meandering piece that is playful doodlings on synth piano with electronic strings cascading above. It feels almost a period piece. Somehow, I get the impression of Victorian walkers at night, Chinese lanterns under the stars. I suppose it works mostly as a scene-setting piece, a frank indication of the aural experience to follow.

With the second track, To The Unknown Man, Vangelis returns to past glories of decades ago and one of his most timeless and beautiful pieces of music. Suddenly, the genius of this album hits home, because this is just exquisitely beautiful; it’s worth the album price alone. For a fan of his for decades now, this track is a wonderful piece, rolling back the years and yet informing all the years between. While much of the new music is very fine and enjoyable, and an album of covers of past music seems like a commercial move at odds with Vangelis’ professed dislike for the music business and how it works, this track is some indication of what an album of such pieces might have been.

Track three continues the return of past music with Movement 9, Mythodea. This track strangely features a guest piano played by Irina Valentinova, which I presume indicates a duet of sorts unless Vangelis is not playing here at all. Synth augmentation is a little stronger here with harp and more pads and strings accompanying the keyboard. Movement 9 has always been one of the strongest tracks from the Mythodea album and it sounds lovely here.

The fourth track of Nocturne is a return of the new works, with Moonlight Reflections, another gentle piece that is light and, as the title suggests, reflective and thoughtful. Images of streets dotted with pools of rainwater reflecting the moonlight or the open ocean sparkling with the pale moon.

Through the Night Mist is a little darker and moodier. Also, the track feels like genuine Vangelis of old, reverb-infused keyboards that don’t necessarily sound like piano at all, cascading synth pads and harp. It’s the kind of track that Vangelis used to place in his albums to break the tone and add a piece of romantic melancholy, rather like the music of Bitter Moon. Deceptively simple there’s more going on here than initially apparent, and it also reminds me a little of his El Greco album or the quieter moments of Voices. It’s a strong track and one of the better originals on this album. Very nice.

Early Years follows the mood of the previous track, suffused again with melancholy and reflective as the title suggests of looking back. Is this perhaps Vangelis being autobiographical and personal? At this point it almost feels like Vangelis is using the Nocturne album to say goodbye, an album of closure. But then the track turns brighter and more hopeful and positive, as if making peace with the past and turning to optimism for the future.

Track seven is the one I was perhaps most curious about when I initially saw the album track list a few months ago: Love Theme, Blade Runner. It’s another lovely return to an old favourite, and it largely works very well, albeit not as strongly as the earlier To the Unknown Man piece. This is a more fragile interpretation than the original, sans saxophone etc, but having listened to it several times now I really like it. Vangelis seems to be informing the music of all the years between, the familiar theme fading away then returning with gossamer piano flourishes embellishing the old favourite.

Sweet Nostalgia follows, another original track that continues the subdued mood of the album. By this point you either love this album or you are feeling frustrated by it. I think it works wonderfully, clearly a romantic and passionate album that is full of Vangelis’ talent for melody and mood. And while deceptively simple, it is full of his particular genius.

The ninth track, Intermezzo, serves as pretty much both the midpoint of the album and a nice break in approach. The synth piano is gone, and this piece is simply the cascading synth pads and strings floating a gentle melody in the air. While it maintains the gentle reflective tone of the album, it feels like a typical Vangelis playful improvisation, not the only time this album will remind me of previous curios like Jazzy Box. I’d love to hear an album of Vangelis just performing these playful musical doodlings. I suspect he does so much of this stuff for his own pleasure and it just sits in his vault with us never intended to hear it. Thankfully we get another glimpse of all that material with this track. 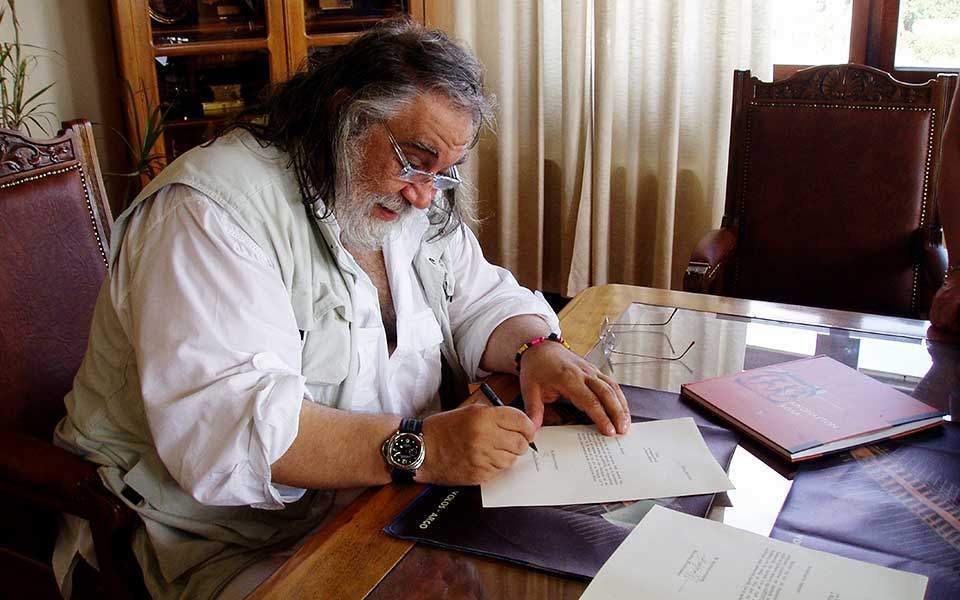 So, with track ten of Nocturne we are into the second half of the album. To a Friend is another pleasant piece and one that reminds me of parts of the Blade Runner Love Theme. This is very much a traditional Vangelis track. It’s so indicative of his style, and thankfully one of the longer original tracks (running at just over five minutes) allowing it more time to breath and work its magic. I much prefer Vangelis to allow his music to just stretch and breath and this is a nice reminder of his longer pieces of old.

Track eleven, La Petite Fille de la Mer, gently takes us back almost to the beginning, and one of his first albums. La Petite Fille de la Mer is a perennial favourite that has featured in many of Vangelis’ (many) compilations so perhaps its inclusion here was inevitable. It must seem strange, I suppose, for Vangelis, returning to music so many decades old.

Now then. Track twelve, Longing. This is just magnificent, the first original piece on this album that I immediately fell in love with. This is Vangelis at his finest and has echoes of old glories indeed. It’s up there with all his best work. The synth keyboard has broken free of its mostly piano-oriented settings. It has become something else, and would grace any Vangelis album, teasing the electronic soundscapes that most fans might expect from him. Also, it reminds me a little of his 1492 score and some Jon & Vangelis music, rich and deep and emotional. It feels a little short, running under four minutes, and I would have just loved to hear it just run and run. Nevertheless, it’s a little jewel.

If La Petite Fille de la Mer was inevitable, then a return of his Chariots of Fire theme was only more so, and it follows next on track thirteen. Again, there is a sense of the artist informing old music with the years between, a sweet melancholy infecting the playing. Its poetic and perfect, an old friend returning for a drink and a chat. Vangelis throws in some playful additions to the familiar melody. It’s very nice, but again like La Petite Fille de la Mer, I almost feel guilty for thinking I would have preferred a cover of a less familiar old favourite. The inclusion of this track is, I suppose, a nod to commercial appeal and maybe a necessary concession to the label. I would have loved instead a return of Himalaya.

Track fourteen, Unfulfilled Desire is a moodier, sadder piece. Again, it is Vangelis in his most romantic mode. It continues this half of the album’s subtle move towards a traditional Vangelis soundscape and further away from the purported solo piano indications of the marketing. The synth pads and strings are stronger and more at the front.

Lonesome continues this trend to a darker and more unsettled mood. I am reminded of the old saying, it is never darker than before the dawn, and maybe that’s what Vangelis is getting at here. This track almost has a forlorn feeling of inevitable isolation. It is also one of the longer originals at nearly six minutes, and benefits from this. Moments remind of some of the more oddly romantic elements of Jerry Goldsmith’s Alien theme, it’s not discordant at all but has that dark weight to it. There is a sense of reconciliation or acceptance at the end, of peace. Another strong, romantic piece.

The last tracks: sixteen and seventeen…

With track sixteen we are nearing the close of the album Nocturne. Also, we reach another possible concession to the label, with 1492: Conquest of Paradise. However, this reading of the original is rather dark as befits the mood of this second half of this album. Breaks of light break through the main theme suggesting, perhaps, the dawn, and this certainly rewards the inclusion of this track. Rather passionate and emotional, this is a fine interpretation of the original track. I think I prefer this version.

Nocturne finally closes with Pour Melia, likely a personal piece and the second example of a Jazzy Box-kind of idle curio improv. It has the feel of a sweet lullaby, delicate and light, the kind of thing that Vangelis just makes seem so easy and effortless. It’s a nice close to the album and is nothing at all like a piano piece.

So that is Nocturne then. Nocturne is a strong album, if you can accept what it is. It’s one for gentle listening and reflective mood and I’m sure Nocturne is a welcome addition to Vangelis’ lengthy discography. It highlights his talent for mood, sensitivity and melody and is stronger for losing the overly familiar electronic soundscapes of his work post-Nemo studios. I appreciate that might alienate some fans, but I was rather disappointed by Rosetta. Some parts of that album were strong but the issue I have with Vangelis’ current soundscapes just came to the fore with that album. So much of Rosetta sounding like Alexander etc, the melodies different but the palette just more of the same. Clearly Vangelis is not young anymore and the fire and energy of his earlier work is long gone now, and I think Nocturne probably serves him better, where he is now.