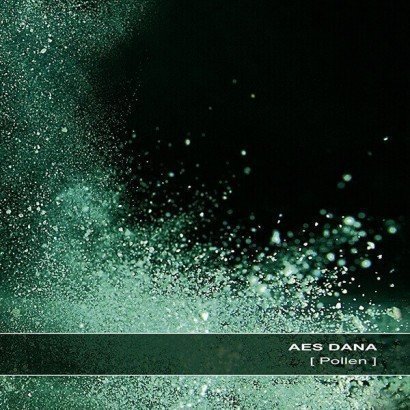 Wrapped within ambiences calcified by an avalanche of synths layers to breaths of Scandinavian metal, Pollen flows into our ears with structures where the rhythms embrace indecision.

Once again I let myself seduced by another musical adventure proposed by the Lyon based label Ultimae Records. It was the very first time that my ears tamed the amazing, I have to say, universe of Aes Dana. Wrapped within ambiences calcified by an avalanche of synths layers to breaths of Scandinavian metal, “Pollen” flows into our ears with structures where the rhythms embrace indecision. Rhythms cherished then abandoned by a meshing of static pulsations and percussions to knockings with copper-colored tones which in their turns are abandoned by a pond of melodies divided in an unexplored sound fauna. Down-tempo, trance skilfully revised and corrected and IDM interlace in an organic sound universe where everything becomes possible even the solidification of spectral and extraterrestrial ambiences which is the spearhead of a universe that few dare to approach. A universe where Vincent Villuis and Sandrine Gryson (Mahiane) reign in absolute masters and where “Pollen” lets itself seduce by contrary winds.

A little like caresses on a mane with hairs of fine metal, some floating spectral waves float in an ochred abyss and force the cloud of radioactive mist which feeds the intro of “Jetlag Corporation”. The mood is of ether and the rhythm is hatching with deep percussions to tones of banging of hands which pound in a universe of lava fusion. It’s a fluid and jerked rhythm which drums of its silvered skins on an ethereal structure where voices à la Tangerine Dream (A Cage in Search of a Bird) feed a duality between the gregarious percussions/pulsations and the synth layers which float in harmony with voices of Aphrodite’s angels.

“Borderline” moves on with this meshing of percussions jingles and refrigerated palpitations which get lost in the curves of an exhilarating bass line and in the lines of a synth which mixes its somber harmonies with discreet vocal breaths. Still there the rhythm is fragile and waves by fragments, espousing the vices of a lunar down-tempo which drinks of percussions more intense. We perceive voices. These are breaths of grey metal that adopt the sinuous bends of synths, moulding breaths of abstracted passion on rhythms in search of a more steady shape. Welcome to “Pollen” and those rhythms constantly anchored in ambiences shared between oniric sweetness and a sizzling coolness, following a slow pulsatory crescendo. And the rhythmic implosion goes by “Conditioned” which modulates its intro on hoops of misty hazes which pile around a metronome and its metallic jingles. Static interferences, cloistered rustles, random percussions/pulsations and tsitt-tsitt cymbals encircle this rhythm weakened by the shade of an impressive sound fauna which ends by hammering a heavy rhythm of lead, bringing “Conditioned” towards “Tree.Some” and its technoïd rhythm which pours towards a psybient before nesting within enormous buzzing pulsations. The knockings are loud and powerful. Following the hypnotic frenzy of dance floors, they bang with such heaviness that the hoops of metal get liquefy. This low and hammering rhythm finds a quiet asylum in the psychedelicosmic intro of “A Carmine Day”. But like a pollen shaken by lineal gusts, the rhythmic ascent of “Pollen” reached its cruising speed and the one of “A Carmine Day” splutters of its nervous percussions by clicking into some serial echoes on the hiccups of a nice stroboscopic line which parades throughout a heavy, pulsating and hypnotic rhythm, lifting the harmonies of a wave-like ballad cooing in a surprising universe of psychill.

“101 Clouds” calms things down and opens the delectable 2nd part of “Pollen” with a suave pleasant cosmic down-tempo which pounds with languidness on a cozy reads of futuristic tones. The tempo is soft, absent by moments, even sensual and on other moments more authoritarian, giving free to a fusion of quirky tones which espouse marvelously the psybient approach of “Pollen”. It’s a very good moment on “Pollen” which takes an opposite rhythmic path with more flexible rhythms flooded in ambiences even more psychofrenic, like in “Riven” and its rhythmic lappings which bind themselves into the pulsating segments of a rhythm lost in these psychedelicosmic and ethereal moods. If the rhythmic blooming is in diminution, it remains not less hard-hitting here and there. Like on “The Meeting Point” which is a splendid down-tempo lit by sensual percussions strikes split up into an organic musical fauna of which the harmonious bits invade our two hemispheres. Extricating itself from a fountain of static cracklings, “Horizontal Rain” offers a rhythmic broken in the mid-times of sinuous strata of a synth to silvery breezes. A muffled pulsation mutters with uncertainty, debauching some stupefied knockings which hang on to jingles of cymbals. The harmonies are smooth and drawn by synth waves of which the eclectic tones avoid the hypocrisy of rhythm and chords of a nebulous guitar. These harmonies gauge of their uncertain airs this rhythmic structure which sometimes bursts and sometimes dies through the broken lines of a stroboscopic movement which gets lost in percussions sometimes sober and sometimes anarchic. This is a rather puzzling track which leads us towards the enigmatic “Low Tide Explorations” and its night-paradisiacal intro where the beams of the moon kiss the waves reassured by the soft breezes of Morpheus. Except that the evanescent rhythms of “Pollen” are always pounding of last jumps, resuscitating melodies forged in crystal breaths. Melodies as much fleeting and insistent as the rhythms which encircle the psychedelicosmic and bipolar atmospheres of an album as charming as disconcerting which brings us towards a contemplative kind of ecstasy with an attentive listening, the ears prisoners of a pair of earphones.

If the first listenings of “Pollen” have left me perplexed, I profoundly fall under its charm as soon as it clicked. And it didn’t take time! This album of Aes Dana is like an auditive rendezvous with a new intelligent musical form of life. It’s an EM which lives cloistered in its fugitives rhythmic brouhahas and its melodies weaved into psybient frenzies to merge in a strange harmonious symbiosis which makes us move as much as dream. Lively? Absolutely! But lively like pollen of which the dust is gathered by a swarm of anarchy bees. Simply delicious!