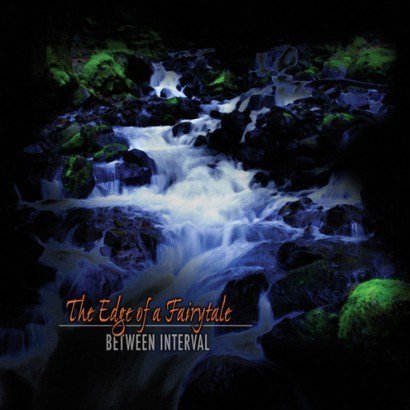 Between Interval — The Edge of a Fairytale Tracklist:

The American label Spotted Peccary is a real tree nursery which conceals some surprising abstract works of often ambient and sometimes sequenced EM. If some see in it a kind of EM closer to the paths of New Age, I would rather put the works of this label in the category of musical tales where the sweetness of the stories, often fanciful, embraces a darker and more mysterious side, as in The Edge of a Fairytale; a very beautiful album which depicts marvellously the charming and romantic universe of Spotted Peccary. Between Interval is Stefan Jönsson’s musical project, a Swedish artist who seduced the world of ambient EM with Secret Observatory in 2005. The Edge of a Fairytale is a meditative journey inspired by old medieval legends and of their places. As much enchanting as its title, it’s an excursion beyond imagination where 11 titles file past with a mysterious approach weaved in subversives synths, intriguing sound effects and rhythms lost in times.

“Delta Capricorni” opens this mythical journey through ages with a somber shadow of which the increasing intensity overlaps ethereal waves which roll and free these suave angelic voices which embroider the mysterious poetic universe of The Edge of a Fairytale. A limpid line threads one’s way through its waves of blackness and light. Its crystalline chords sparkle and waddle as fine sequences to introduce the embryo of an imperceptible rhythm lost in these floating ambiances. A rhythm answering to the echo of dark loops which hem while being trapped in an opaque fusion of synth breaths divided between its iridescent and vocalized lines. These lines which adorn the enchanting kingdom of The Edge of a Fairytale are as much celestial as gloomy or dark, as in the ambient corridors of “The Great Void”, which quite honours his title, while “A Minotaur Lair” drops the first real rhythms of The Edge of a Fairytalewith pulsations forged in a good bass line with fine spasmodic kicks. It’s a delicate and furtive rhythm which pounds beneath silky layers of a lyrical synth while “Pillars of Creation” offers some heavy and threatening hammerings which resound with the regularity of an earthly time clock. These huge tick-tocks go on up until “Three Years Ago” and its iridescent winds which go astray in the Gregorian choirs blowing on fine sequences which swirl by jerks in praline-flavored mists.

The quest for a supernatural universe of whim continues with “Atlantis Lost” and its ghostly voices which murmur under synth layers drawing hoops of which the echo is molding fascinating dark clouds. The knockings of a timeless clock resurface in “Eden in Shadows”. This time these are heavy pulsations which hammer a ghostly tempo, as a funeral march in somber caves, before dying out into the poetic comfort of mutant synth layers. Layers where angelic voices tuck in this ambiance of silk and of cerebral serenity. “Purgatory” puts back the pendulums of history at time, while “Sea of Darkness” answers the naming of its title with waves of metal which collide in innumerable metallic lappings, shaping an odd static tempo which undulates by jerks under a sky darkened by melodic pads. It’s a track which reminds me of Steve Roach’s ambient rhythms. “Leviathan” brings us to the floating and mysterious moods which rock the poetic approaches of The Edge of a Fairytale. It’s a long purely ambient title which floats in a slightly mephistophelic ambiance with hybrid synth breaths. Musical, iridescent and ghostly breaths which follow dark lanes, creating somber melodies pushed by the curves of subterranean walls among which resounding lines, black singings and harmonies interlaced in mysteries are floating over some silvered rustles. Other superb and dense synth layers wrap the intro of “Portals in Time” which drops fine sequences of which the footsteps weave a slow, furtive and static rhythm submerged by this fascinating merger of synth vocals and musical lines which rock the rich lyrical ambiences of The Edge of a Fairytale. Few rhythms but lot of ambiances, The Edge of a Fairytale is a very beautiful album where the beauties of a world which embroiders the imagination at knocks of narratives transposed through music as mesmerizing as the stories of which it has inherited. It’s good and especially very deep, a little as the universes of Michael Stearns and Robert Rich but with a poetic approach of an enigmatic Scandinavian beauty.