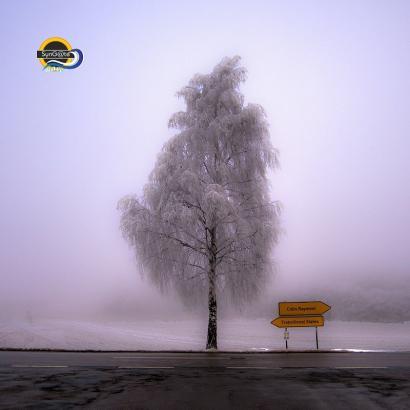 Colin Rayment is perfecting his talent and becoming an extremely great electronic musical artist. I urge others to listen to his work, especially this new album ‘Transitional States’.

I know Colin is an avid fan…

…of Tangerine Dream and that his previous work has been inspired by the flavors and textures of early works of this pioneering group. Sitting beside Colin, whilst watching Ian Boddy and David Wright, I understand that what happens to a person who connects with that type of music, is eventually so captivated and inspired that something infectious takes place.

I met Brendan Pollard, before he started producing his own music, another avid fan of Tangerine Dream. I would visit Brendan and we’d sit listening to his collection of music and discussing the albums. Then his collection grew, and he was purchasing instruments that TD had owned before he started playing them. It was awe inspiring seeing this man tinkering with the instruments in his home and start reproducing sounds reminiscent of Tangerine Dream mid 1970’s. I still have those memories because at that time I couldn’t conceive how music could consume your life.

On reflection, seeing how Colin’s own music has blossomed in the same way, I see that we have interpretations of that music and there is a market for this. We have new musicians who have not taken on a baton or wished to impersonate, they have found avenues that can take the music further and to new levels through ideas, conceptions, software and instruments. I had a quick flick through ‘Transitional States’ when I first downloaded it and that was an error. I should know better that this style of music is never to be treated that way. Catching glimpses is that alone. A tune with a long track length tells a story, you cannot skip parts of the story to identify with the true meaning and understanding. I thus proceeded to find proper time to listen. This is what I made of this epic album.

It starts with ‘360 Transition’

It starts very much like a typical electronic artist, but within moments, it finds its own route. Maybe there was a trick used here? If music resonates, sends tingles up my spine or makes me feel emotional, then my empathetic side spikes. ‘360 Transition’ must have spiked 3 times, because I felt all of those things listening to the whole of this 11+ minutes. It lulls you and takes you by surprise. The slow build is well and truly used to its best affect. I am so impressed with this album and having the honor to review it. I was already captivated and already looking forward to the next track ‘High Speed Thaw’.

Once you have set the standards, the rest of the album has to be as good, if not better. Absolutely no relenting here. ‘HST’ is a contrast to the first track, but with yet more confidence. It’s not as emotional as the first track because it has a different direction and is marginally faster. It has more pronounced tones and steeped with ambiguity. I’m sure this is due to inspirations by more than one artist. It meanders around the late midsection of the track but packs a punch suddenly and captivates for the final four minutes.

…maybe because I felt misled by it? I was expecting something different, because it starts with a soft and gentle vibe. Whenever you here deep chords sweeping in, you are made aware that these undertones signify a little menace. So, four minutes in, we are presented with musical daggers. This tune really prods you and wakes you up. Are you paying attention? This musician is tormenting us, and I would imagine Colin was in his element when he found this direction to the track. Where is it possibly going to take us? It is a constant driving force and after only being three tracks in knew I was listening to an album in this genre that I would most certainly listen to again. These three tracks could have completed the album, but we are further treated to another three shorter tracks.

What can I say about ‘Synaptic Pruning’? It has that captivation again right from the start. I haven’t experienced the birth of a musician finding his place for a number of years, but this track says it all. I’m unsure even if Colin is aware that this tune signifies so much. It’s finding the right ingredients and putting them all together. To me, this track ramps up another gear, it’s simple but so affective. So many artists would kill to make such a track. I wonder if Mr. Rayment knows what he has achieved here.

If he did know that he’d stumbled…

…across the secret of refining electronic music, his fifth and second shorter track ‘Sleep Inertia’ adds a nice dimension to the album in full. It’s not as clever or as rich as the previous track, because that’s going to be hard to achieve, but it’s vibrant and full of energy. It has solid foundations and dreamy space sequences, traditional and rounded. Closing in on the end of the album, it seems something of a travesty.

But with a title such as ‘Distorted Reflection of a Season’ and with a track length of over 9 minutes, I feel immediately we are going to revisit something Tangerine Dreamish. The introduction does have that connotation. Now I’m at a conjuncture, because I too, am an avid fan of Tangerine Dream, but upon hearing the mid-section of this album and experiencing what Colin can achieve, the music I want to hear, is his. I don’t wish to hear anything else.

It’s around the 5-6-minute mark that Colin springs out again in the final track and that truly is refreshing. Colin Rayment is perfecting his talent and becoming an extremely great electronic musical artist. I urge others to listen to his work, especially this new album ‘Transitional States’.

Where to buy Transitional States?

You can buy the album at the store of SynGate and Bandcamp.

This review was written by 1ic2, on 10 November 2019. “1i2c” is the artist name of John Whitaker. You can read more about 1i2 and his music on Electronic Music of Brainvoyager. There you will also find the links to 1i2c’s media.