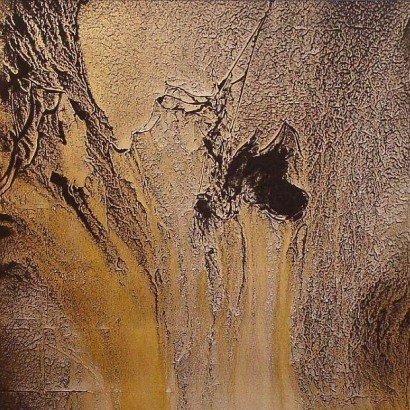 The only weakness of Umbra is its end. How can such a masterpiece of modern EM has to get an ending?

Arc is became Redshift, and vice versa! And no matter the hat that wears Mark Shreeve and Ian Boddy, their musical signatures remain completely unique. In fact they are part of a very small group who, while paying tribute to the fibers of their reminiscences, managed to build a sound, to build a concept which transcends the roots of their influences. From Octane, as from Redshift 1, we knew that both icons of the England School EM scene were going to carve their imprints in this small collective of EM fans. More than 4 years after very solid Church, Arc returns with a 7th opus entitled Umbra. A powerful album of Berlin School style. And as in all good Berlin School filled by mysticism and of Gothicism, and this one is awesome trust me, the rhythm arises from a troop of baroque noises and gallops to lose breath under the bites of sonic beasts before trying a refuge in a short moment of ambiospherical illusion and to rush again beneath another skin and a new sonic big top always so threatening, always so nerve-racking. Umbra is an album where the shadows of sequences and of Gothic melodies haunt structures of complex rhythms which never stop seducing the ear.

A burst of sounds, of spectral lamentations and of humming reverberations with jerky waves annihilate the rain of applauses which open this 5th show of Arc given at the Holland’s E-Live Festival on October 19th of this year. A line of sequences offers its rebel ions on Umbra which kick while running in a rhythmic corridor fed by ectoplasmic noises. Arc thus spreads its arsenal of sequences and spectral tones on a line of rhythm which subtly is attacked by the strikes of electronic percussions of which the brief rollings are taken away by the synth night-waves’ tunes. The rhythm of Arcadia answers to this fusion of sequences and percussions, as it also answers to the velocity of the synth pads as much melodic as very lively, running at a brisk pace in ambiences as black than a veil of terror. We are in the somber territories of Arc where everything turns around mysticism and baroque, while that Arcadia slows down a little its race with more isolated ions which skip like steps lost in fogs with some strange rotations of glaucous voices and of fluty cooings which little by little restructure a rhythm which will fly away again with pads of more ethereal voices and these clouds with orchestrations of mist which fly faster than time. Always very active on social networks, Ian Boddy made an opinion pool among his followers in order to know if we wanted applauses or not between each track on Umbra. The applauses had the quotation. I don’t remember what I answered (fucking painkillers), but I have to admit that this hurrahs disturbs a wonderful musical mosaic which has no weakness. After some dense black winds stuffed with heavy layers of Mephistophelian organ and organic noises, Proxima Obscuro extricates itself from the darkness with a thick cloud of shaky waves. The rhythm which bears it is as heavy as lively and follows a black tunnel where prowls a troop of somatic noises. Set apart of the leaden rhythm, there are solos. Synth solos as well very musical as spectral. They follow the curves of a rhythm structure which will modulate its phases according to some evolving moods which plunge us in the heart of the Tangerine Dream’s vintage years. Actually, Proxima Obscuro will be the only track of Umbra to carry this seal. The rest is Redshift in the skin of Arc or vice versa!

Like the title-track on Umbra and its tribune to the gangrenous voice filled of groans and treacherous breaths. The rhythm is there! Hid in the shade it pounds, as it cogitates, with a disturbing but fascinating melodious aura. Crossing the bridges of dark serenities and the hollow moods of Umbra, it trembles as it resounds. It makes skip its agile steps and make scold its shadows into clouds of mists in tints of ether and into evanescent melodies before invading us with some heavy ghostly synth pads while freeing a fascinating and mesmerizing spectral melody. The hairs of our arms look for our tears! The whole of Umbra soaks our ears with a puzzling crescendo tinted of black where Mark Shreeve and Ian Boddy weave rhythms of which the crevices are digging into the ambiospherical structures sometimes as much violent as the races of sequences. Autostratus is the quietest track and nevertheless the darkest of Umbra. Chthonian choruses transpose a rhythm pushed by synth waves and by quiet sequences which crawl as centipedes with the articulations of glass. The finale is weaved of black silk with sequences embroidering a rhythm finely fluty which skips in some heavy pads of mists pierced of sibylline sunbeams. Orgiastic layers of organ are falling from heavens to reveal the bloodthirsty rhythm of Panthera. While we thought that we reached the paroxysm, this heavy and lively track redefines the limits of rhythms modulated by the big Moog. We follow here downright the movements of a feline which runs in a sonic jungle filled by heavy vampiric layers and by spectral roarings that make the most solid souls staggering. Brilliant and effective! We are near the ecstasy when Cherry Bomb makes ring its glass carousel of which the fragile melody brings us to the edges of the musing. There are some so charming flutes, as there are heavy breaths of sequences as well as strange melancholic tears which drown themselves in celestial choruses. This is paradise near hell because when that starts, that kicks things down! What comes to mind is this superb Bombers in the Desert, which we found on Ether from Redshift, with a rhythm on the verge of violence where Ian Boddy’s electronic guitar traces Rob Jenkins’ savageries on a beat worthily of the best spy movie (remember MI 1). Hallucinating! We still want more of it, but it is already finished. The only weakness of Umbra.

Since Youtube doesn’t offer a video of Umbra yet, watch Slipstream from the ARC album Fracture (2007).