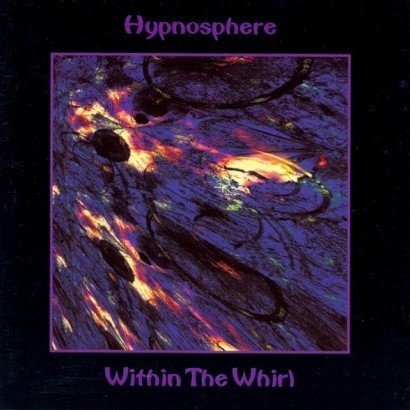 Hypnosphere — Within The Whirl Tracklist:

Within the Whirl is worth listening. Especially if you are a fan of the Phaedra era and also of those cosmic moods of Jarre.

The more we go in the discovery of Within the Whirl; we have difficulty in believing that this opus is the fruit of individual and separate sessions of improvisations. The German duet shows an outstanding cohesion, both at the level of the structures and the ideas, to merge an opus livened up by the somber aromas of Alien Nature to the fluid sequenced movements of Lambert Ringlage. The result is surprising, even overturning, because Within the Whirl offers 5 tracks to some unexpected and strange dimensions in a structure free of constraints but nevertheless very coherent.

At both complex and harmonious, “Insulation Process” navigates between the dark age of TD, the Phaedra era, and the first music of Neuronium due to its drifting lethal cosmic side. Not totally floating, this long movement bathes in a lugubrious mood up until that a light sequence ignites it at the middle point. The rhythm becomes then febrile by oscillating on a rotating and nervous sequencing pattern which is draped by the fluid ambient chords from a synth. The ambiances and the sonic pattern are rich in tones and electronic sounds effects while the solos abound in a synth flora to the mesmerizing meanders, not to say hypnotic. The rhythm becomes heavier and loud riffs monopolize this sequence in cascade which spins on ill-assorted sound effects. This is a great opening where subtle tribal aromas cogitate with anarchy, depicting so the strange sound universe which reigns all over this first album from Hypnosphere. “Sleepwalk” releases a sweet morphinic scent with a nice movement where the dream builds up itself on a soft sequenced hypnotic carousel. You see the kind? This is smooth, a bit of eerie, and totally enveloping. It’s this kind of track which doesn’t stop amazing with some great guitar parts and slow synth pads which revolve on a spiral sequencing pattern. Simply sublime!

Following the introductory structures of each track in Within the Whirl, “Hypnotic Fields” grows in a dense cosmic mist. Quite heavy and enveloping, the ambience is filled of deaf clamors which widen their reverberations on the opaque and foggy synth layers. Magnetizing and slow percussions awaken this sleepiness, in order to create a slow sensual impulse which mutters beneath thunders and their stigmatized artifices, a little as we were in a dark cave with only a long tunnel within it. The hollow effect persists up until the intro of “Anguish” which surprises with a short sequence move a la Jarre around the 5th minute point. Loyal to its structure, “Anguish”, just as “Trancelunar Drive”, evolves on sequences and alternate paces wrapped by heavy synth lines filled by fragrances of dark moods.

Within the Whirl is a sonic experience which sticks closely to those dark ambient atmospheres which furnished our somber dreams of these great vintage moments, back in the 70’s. This is worth listening, discovering. Especially if you are a fan of the Phaedra era and also of those cosmic moods of Jarre. Two influences that we will remark all along this first album from this amazing collaboration between Wolfgang Barkowski and Lambert Ringlage. There is a rich mixture of sequences on an ambiospheric background wealthy in sound effects and creative in progressive cadences which redefined a more audacious Berlin School.