The music sequencer: what is it and what can it do?

A music sequencer is a machine that ‘plays’ musical performances. It tells equipment that can make musical sounds (ie, play pitches, chords, or make any kind of noise) what musical notes to play, and when to play them. It does this using MIDI messages. 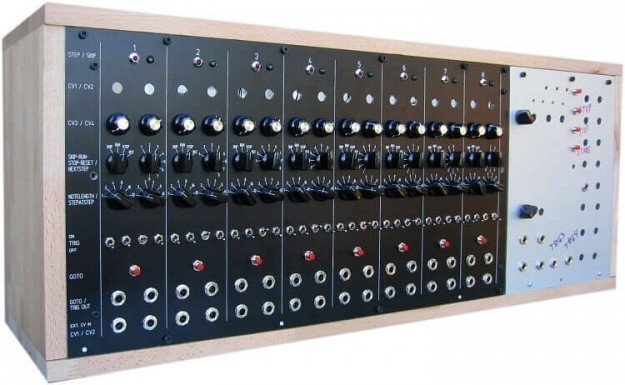 Sequencers can send MIDI messages that tell the keyboard to release a key that it played (ie, remove the finger from middle C), move the pitch wheel, press down a sustain pedal, turn the volume knob, etc. In other words, a music sequencer can fully duplicate a musician’s performance. (Note that the keyboard only pretends to do these things. That C key doesn’t physically depress as if some ghost is sitting at the keyboard. It does make the appropriate musical pitch though, so it sounds as if there is a ghost playing the keyboard).

A music sequencer usually has a tempo control so that it can play the performance faster or slower. Unlike with digital audio playback, when you change the tempo of the MIDI sequencer’s playback, it doesn’t alter the pitch nor the timbre of the sound. (One exception to this general rule is the use of time-stretching to change the tempo of a digital audio recording of a musical performance). It alters only the tempo. So, a music sequencer offers complete control of tempo independent of pitch or timbre changes. So too, this means that you can record a part at a slower tempo, and then speed up the playback without any change in timbre or pitch. MIDI sequencers also offer the facilities to easily transpose musical parts (to other key signatures), mute or solo individual parts, reroute musical parts to play upon various sound modules, and make many other changes in timbre/volume/panning/effects levels/etc to individual musical parts. These changes can all be (theoretically) done in real-time (ie, during playback) without time-consuming calculations made upon the data, unlike with digital audio playback.

The music sequencer may have many other features to easily edit the performance (even upon a per note basis) so that the music sequencer can correct the mistakes that you recorded into it. It’s infinitely easier than trying to correct mistakes recorded onto magnetic tape, or even digital audio recorders, which is why musicians use music sequencers so much nowadays. Most music sequencers offer the facility to enter notes (and other control data such as volume/pan/vibrato/etc settings) by “step-entering” the data. You don’t have to play the musical part in real-time. Instead, you can slowly enter each musical note (and other setting), and specify what musical bar and beat upon which it gets “played”. This is a boon to people whose musical technique is not sufficiently developed to physically play the musical parts in real-time. Some sequencers even offer very intuitive interfaces, such as allowing you to step-enter notes by clicking the mouse pointer upon a graphical sheet of music manuscript drawn upon the screen. Digital audio recorders do not typically have such features. With digital audio recorders, you pretty much have to be able to play some musical parts. A specialized breed of music sequencers called “Algorithmic Composition programs” even have the capacity to create a complete musical arrangement on your behalf. Digital audio recorders do not offer such a feature.

Most computers have software programs which turn the computer into a music sequencer. With a sound card installed inside of the computer, the music sequencer can playback musical performances without even needing external MIDI sound modules (since most music sequencers can use software instruments that can recognize and properly “play” the MIDI messages to a digital audio card’s line out. In effect, the software instrument converts the MIDI messages into digital audio, using its own set of piano, guitar, drums, strings, etc waveforms loaded into your computer’s RAM). 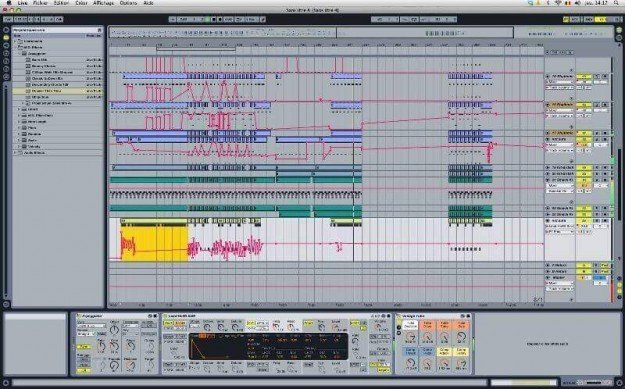 Examples of music sequencer software are Sonar, Cubase, Ableton, Rosegarden, etc. There are many such programs, as music sequencers are perhaps the most often used tools in music production. An example of a very simple music sequencer is Windows MultiMedia Player. This software does not have any facility to record MIDI messages, nor edit them. It can only playback a MIDI performance (stored in MIDI File Format). Such simple “playback only” music sequencers are often called “MIDI Players”.