Sequentia Legenda was featured in episode #57, broadcast on 7 October 2016 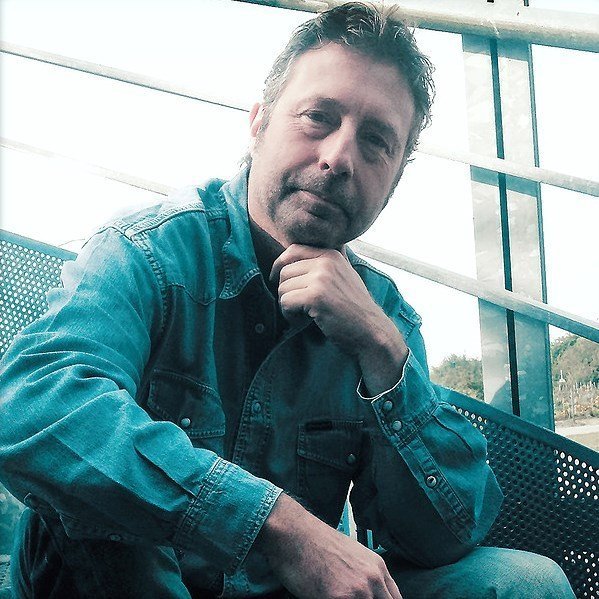 From the album “Blue Dream”:

Laurent Schieber is Sequentia Legenda. It was in 1980 at the age of 15 that he discovered a new music coming from elsewhere, a new tone: an unknown world was going to open to him and somewhat by accident.

Among all the 33-rpm vinyl collection of his parents, a particular album got his attention. The particular look of the cover intrigued him. A distinctive style, a refined cover, a face, a name: Klaus Schulze.

At this time, he did not know yet that by taking out the LP off its sleeve and that by putting it delicately on the record player, that the listening of it was going to change his musical vision.

A few days later, he went to the nearby record shop to find Klaus Schulze’s other albums. Around him, he talked only about his musical discovery.

With a growing interest in synthesizers, he decided to take music lessons and it was at the back shop of a little music store in his town that the introduction to music theory and the initiation to keyboard took place. It was right here that the most emblematic of the synthesizers, the famous Minimoog, was located.

At the age of 17, shortly after discovering the music of Klaus Schulze, he bought his first monophonic synthesizer and he started to create sounds. A little later he purchased some of the instruments Klaus Schulze had too: the ARP Odyssey, the Korg PS3200, the Moog Polymoog and later, the Roland JD800.

Producing an album is a project that matured for more than 30 years. Laurent released a digital version of his first album ‘Blue Dream’ in late 2014 and in late September 2015 just released physical copies of the same effort. In 2015, he published one more track, ‘Au Revoir’, as a tribute to the late Edgar Froese. He keeps on releasing electronic progressive/ Berlin school music in the vein of Klaus Schulze under the moniker Sequentia Legenda.

The source of Sequentia Legenda’s musical inspiration can come from an image, a sound or an atmosphere. He also likes to draw inspiration from novels, legends and illustrations. He likes its mystical, mysterious, nostalgic and imaginary sides. The experience is, of course, a factor which is going to interact with the creative sphere. When the guideline is formed, he begins by looking for a sound base that fits into his ideas. This sound base includes effects, layers and sequences. The piece is going to change itself, to build itself, to progress slowly and to finally make room for feelings he wants to share musically.

Sometimes during the progress of a composition, Sequentia Legenda imagines pictures, a given time, words or a title. He likes to proceed musically and to let him self move towards improvisations. Afterwards, he sorts it all out and then puts it together. The music is going to live and to become a permanent accomplishment. He uses a sound filter to make connections between the sounds. This way he obtains a complete musical picture.

The inspiration is a light for you to see at the right time, an influence. It may be fleeting, sharp and unpredictable. You need to seize the light without trying to imprison it. Fly with it. Let yourself go with a total inspiration. Then finally let it go in order to let it come back later in a different way on another day.

All links to Sequentia Legenda’s media

I AM RHINO AND RUIN ›